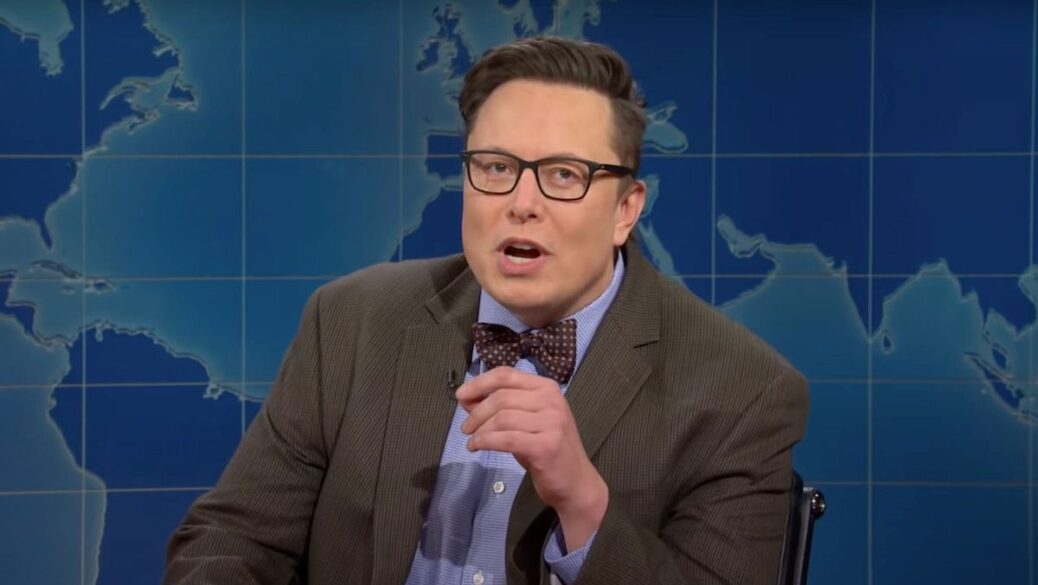 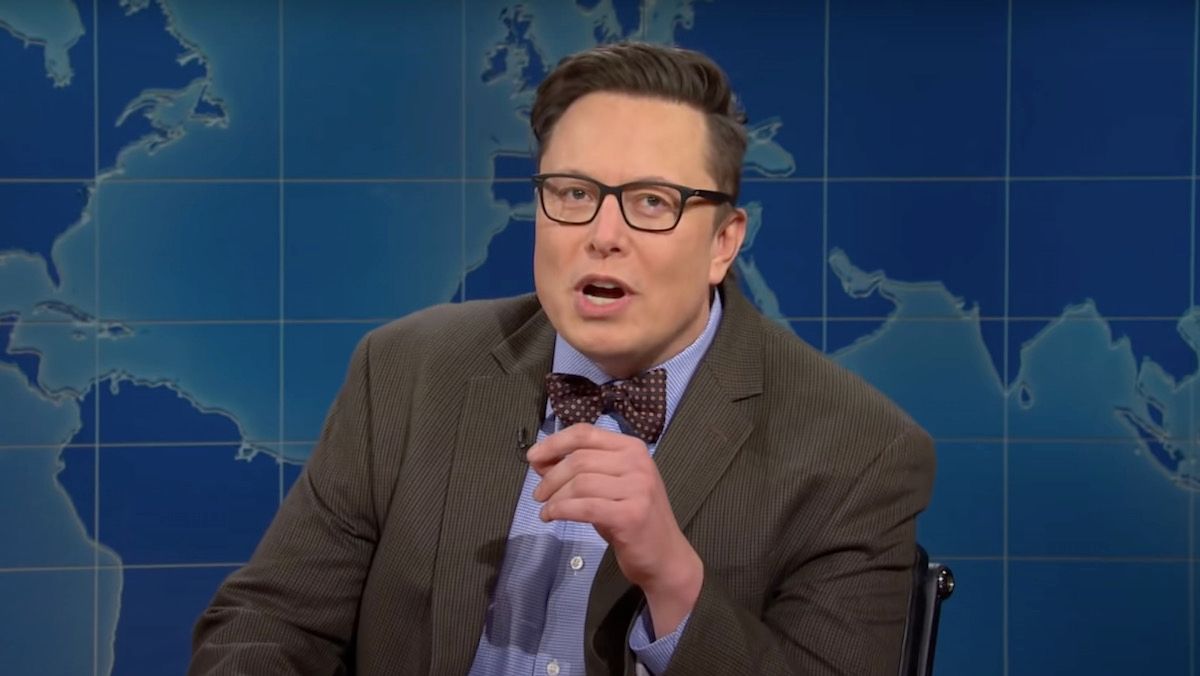 After a relatively quiet post-election season that saw Saturday Night Live relax and refocus on the funnier, weirder whims of its talented and oversized cast, the show grabbed more headlines over the past month by booking billionaire troublemaker and rocket enthusiast Elon Musk to host.

This wasn’t an unprecedented move; depending on one’s opinion of Musk, it lands somewhere between the affable-if-suspect dorkiness of booking rich guy Steve Forbes, who hosted after the end of his presidential campaign in 1996, and the beyond-suspect awfulness of booking rich guy Donald Trump, who has hosted twice, once during his own presidential campaign. Plenty of fans of the show (as well as plenty of people who never actually watch the show) cringed at the prospect of SNL glorifying another rich dude doing a vanity excursion into sketch comedy, especially when Musk did his part to spread misinformation during the COVID-19 pandemic. Musk fans, on the other hand, did their usual thing: prepared to like anything he does for any reason while DMing anyone who criticizes him. I can only imagine the messages received by cast and crew members Aidy Bryant, Bowen Yang, and Andrew Dismukes, who all expressed discomfort with the booking via since-deleted social media posts.

All three of them were in short supply in the actual episode—though like the episode itself, those absences were a bit anticlimactic. There were no formal sit-outs; the show opened with a Mother’s Day bit where a performance from musical guest Miley Cyrus was interspersed with cast members doing ten-second jokes with their moms, the newest variation on a tradition dating back thirty-plus years. But when Bryant disappeared for the remainder of the show, and both Yang and Dismukes appeared sparingly, it felt both notable and like kind of a shrug. The show was light this week—not light in tone, exactly, or even light in laughs (though it was that!), but sort of a half-there time-killer with about four live sketches total.

Sometimes it’s sort of fun when outside circumstances—extra guest stars, unconventional music performances, or a stand-up comedian doing a long monologue—tinker with the show’s usual timing. This week, though, it felt like an extended dodge, a way of keeping Musk in every sketch (the hoped-for host-free sketches have become relatively rare in post-2000 SNL) while moving the show along. It didn’t really work, as the episode took a while to get going. By design, the opening mom bit lasted long enough to give almost everyone in a large cast their moment. Less explicable was Musk’s monologue; the kind of segment that’s usually a quick get-in-get-out for hosts who aren’t professional entertainers (and even some who are) dragged on, with Musk de-facto introducing himself to anyone who doesn’t know much about Tesla, SpaceX, or his dopey Twitter feed, and bringing out his own mom for some lukewarm cracks.

He also made a factual error in identifying himself as the first host with Asperger Syndrome (even with his added joke about merely being the first one to admit it); Dan Aykroyd has talked about receiving an Asperger diagnosis earlier in this career, and he has hosted the show, in addition to being a founding original cast member. Obviously it’s not on Musk to know the show’s history well enough to fact-check his lines, but that moment still underlined what was off-putting about the show’s attempts to lean into Musk’s whole deal: trying to be self-effacing while mostly coming across self-gratifying.

Apart from the monologue, this came through most clearly in a Weekend Update piece, where Musk non-played a non-character touting Musk’s preferred meme-based cryptocurrency Dogecoin while anchors Colin Jost and Michael Che repeatedly refused to accept his flimsy explanations of what Dogecoin actually is. OK, mildly funny, but it still felt like spon-con, especially when audience members whooped at the crypto’s mere mention and Musk smiled smugly over his own in-joke. This smugness made its way into one live sketch, where Musk played a member of an old-timey western gang, offering suspiciously Elon Musk-like ideas about electric horses, traveling via underground tunnels, and more goddamned cryptocurrency. (Admittedly, Beck Bennett’s line about how their current system of money—digging up gold from the ground, trying not to get killed, then exchanging it for paper—works “perfectly” was pretty funny.) It was mostly faux-self-deprecation, not quite as appalling as that fantasy presidency sketch from Trump’s 2015 hosting gig—but not far off, either. Offering one cutesy mea culpa about doubting pandemic masks at the 88-minute mark of a 90-minute comedy show isn’t exactly the charmer Musk seemed to think it was.

The real surprise, though, was how regular-bad the rest of the show was apart from Musk’s stilted contributions—easily the weakest crop of sketches to appear this season, even with the host on the margins. The usually reliable Chloe Fineman introduced what ominously resembled an attempt at a new recurring character with her Icelandic talk-show host Ooli, spouting off jokes that felt mostly like a middle-schooler had just watched Eurovision on Netflix. Earlier, a whole bunch of talented cast members put on overcooked accents to make fun of youthful slang for something called “Gen-Z Hospital,” and while I’m all for making fun of the lower-case memeification of language, the sketch felt distinctly like vamping, a post-Update sketch moved up to first position. Most disappointing, what should have been a perfect silly-sketch layup began with Kyle Mooney playing Luigi from the Super Mario Bros. games before swiftly cratering.

It’s hard to find an SNL episode with nothing of value, and there were glimmers in this one: Ego Nwodim did produce a pretty impeccable bit of character comedy at the Update desk, playing a fed-up mom returning from a trip to Disneyland. The filmed pieces about Mare of Easttown and awkward post-COVID conversations were fine, if unsurprising. Miley Cyrus did a great horn-backed version of her song “Plastic Hearts”. But the zing of previous 2021 episodes—Dan Levy, Daniel Kaluuya, Regina King—was nonexistent.

Lorne Michaels has said repeatedly that the show’s job is to make the host look good. The Elon Musk episode, then, stands as a fascinating example of the show naturally rebelling against that directive. I’m not suggesting that the writers and cast tanked the episode on purpose. I’m more wondering if some hosts can be theoretically game yet still fundamentally incompatible with what the show does best. If there’s a way to make Elon Musk look good via sketch comedy that doesn’t require Tesla-brand glasses, Saturday Night Live did not find it this week, and while the episode was often painful (or just boring) to watch, there’s a certain relief that it presented very little opportunity to wonder whether enjoying the show was helping to make an “eccentric,” potentially harmful billionaire burnish his image. Instead, another major tradition stayed in place: SNL’s periodic ability to undermine its own controversies with anticlimax.