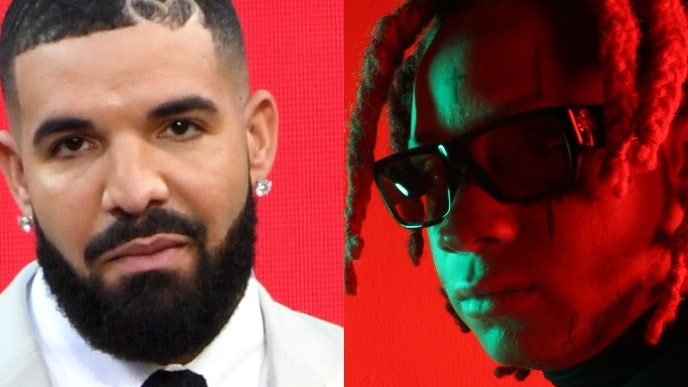 Drake makes a guest appearance on Trippie Redd’s “Betrayal,” which appears on the new Complete and Complete Expanded editions of Trippie Redd’s new Trip at Knight. Check it out below.

Since issuing the Scary Hours 2 EP in March, Drake has released collaborative singles with Smiley  and Brent Faiyaz, plus “Seeing Green” with Lil Wayne and Nicki Minaj. His delayed Certified Lover Boy has yet to get a new release date.

Trippie Redd’s latest arrives less than a year after November’s Pegasus, which had a NEON SHARK deluxe edition with more new material. He’d released “Holy Smokes” and “Miss the Rage” from Trip at Knight ahead of its release. 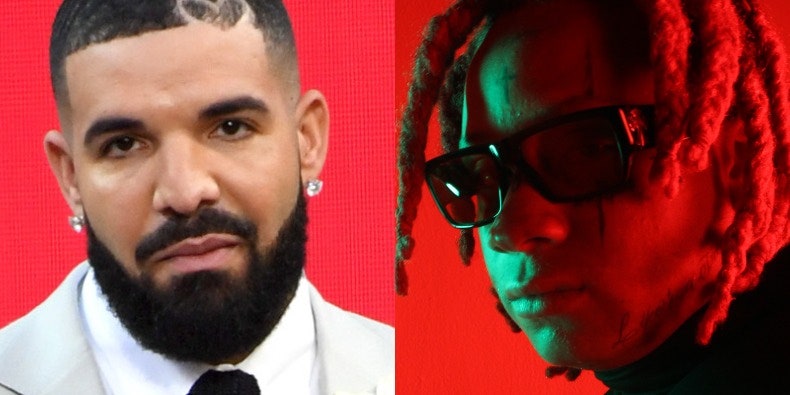