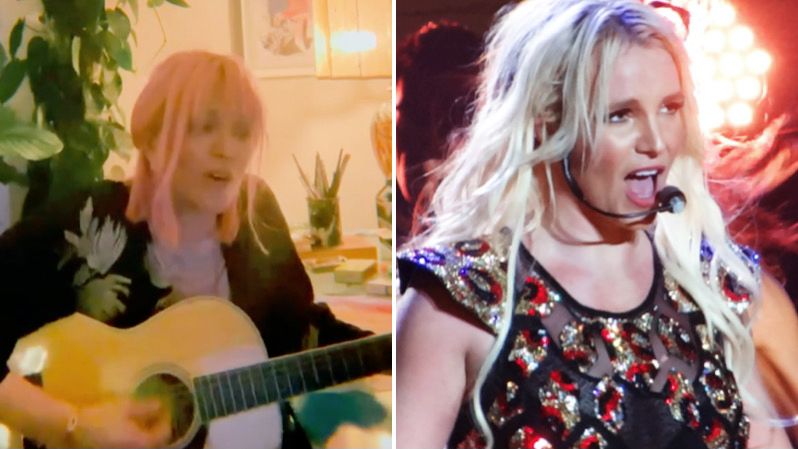 Courtney Love recently launched a cover song series called Bruises of Love, in which she performs a selection of her songs that allowed her to “finally feel like myself again” after years of health issues. After kicking off the series last month by covering “California Stars”, the folk-rock staple from Wilco and Billy Bragg’s joint 1998 album Mermaid Avenue featuring lyrics by the late Woody Guthrie, Love has now uploaded a rendition of Britney Spears’ “Lucky”. Watch below.

As Love pointed out prior to her performance, the Max Martin-penned song from Spears’ 2000 album, Oops!… I Did It Again, is challenging to play due to some “funky” chords.

The timing of the song’s release is likely not coincidental, as Love was interviewed for Ronan Farrow and Jia Tolentino for their newly published New Yorker piece on Spears’ conservatorship. Specifically, Love shared her own experiences with Spears’ former manager, Sam Lutfi, who Love described as “street hustler.”

Undoubtedly, Love is also looking to turn the page after finding herself in not one, but two unnecessary dramas during the month of June. She publicly apologized to Trent Reznor and Dave Grohl after making unfounded claims about both rockers,  and she called out the young pop star Olivia Rodrigo for a photoshoot Love said ripped off Hole’s Live Through This cover.