Boris on the Making of NO, Pandemic Existence, and the Uncertain Future of Touring

Home MUSIC Boris on the Making of NO, Pandemic Existence, and the Uncertain Future of Touring 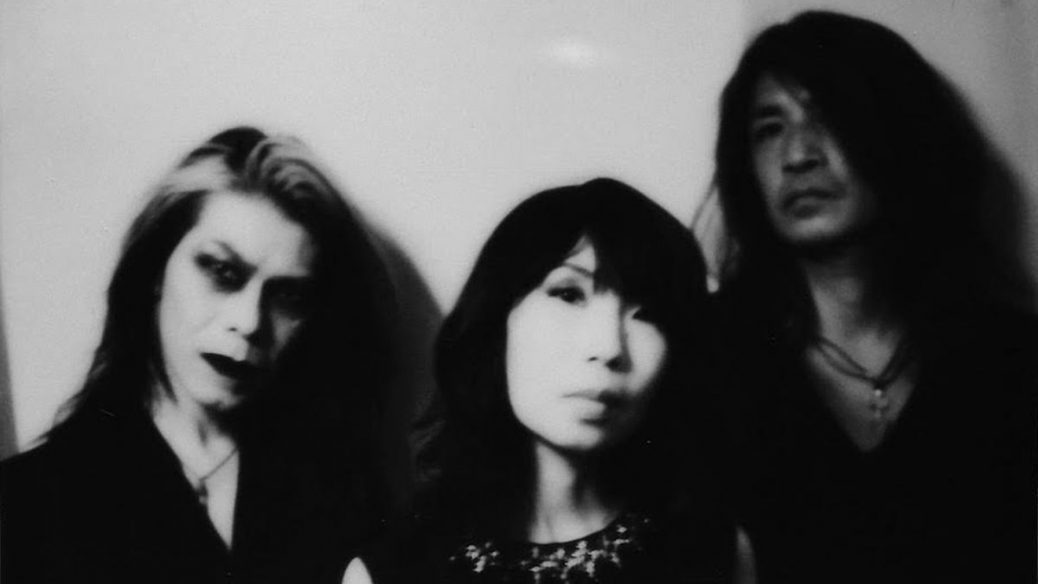 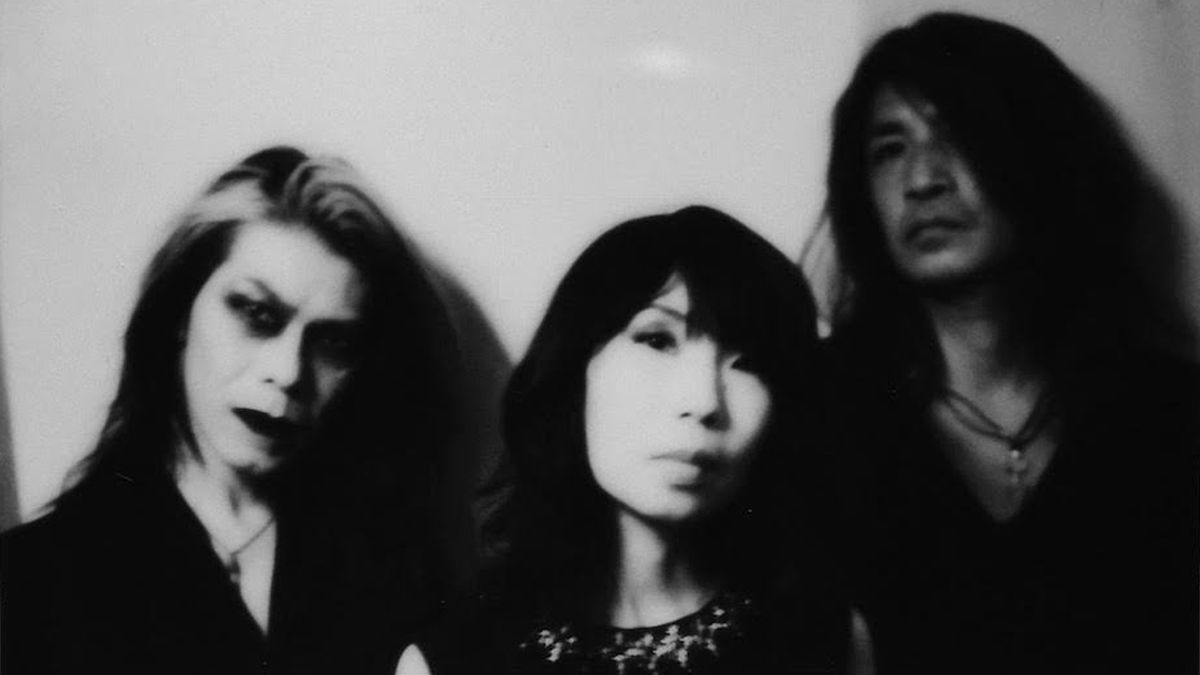 When we look back on heavy metal in the year 2020, we’ll remember the music of Boris. The Japanese trio has been one of the most active bands of the pandemic, releasing a steady stream of music that’s illuminated the experimental act’s past and present.

It all began when Boris unleashed the new album NO in July. It was a front-to-back thrash ripper, housing some of the band’s most ferocious recordings to date. And in true DIY fashion, Boris released the record on Bandcamp without a label, the beginning of an independent artistic approach that’s continued throughout 2020.

NO was followed by the announcement of the ongoing Boris Archive project, a digital library of rarities, live recordings, and obscure out-of-print releases — all curated by the band. Many of these albums fetch high prices on second-hand websites and were unaccessible otherwise, and this was Boris’ way of opening the vault for fans stuck in boredom, quarantine, or both.

The archival releases don’t stop there. Boris also teamed with Third Man Records to remaster and reissue 1996’s Absolutego and 1998’s Amplifier Worship. The band’s first two albums had been long out of print and unavailable digitally. As of today, that’s been corrected, with both reissues now available (you can sample “Dronevil2” from Absolutego below).

Fittingly, Boris will conclude their banner year with a collaborative LP alongside longtime cohort Merzbow. 2R0I2P0 will be their fifth studio album together, and it arrives December 11th.

As they plan for yet another release, Boris were so gracious as to answer some questions for an exclusive email interview with Heavy Consequence about their artistic motivations, DIY ethos, and how the pandemic has affected the band. All responses are from singer/multi-instrumentalist Takeshi unless otherwise noted and have been translated from Japanese by Kasumi Billington.

Takeshi: During the lockdown, we were in the studio recording. Fortunately, we had a room to ourselves, so that was possible. In a situation where we couldn’t tour or perform live, all we could do was continue to make our work and deliver them to the listeners in any way we could.

Although the lockdown has been lifted, we’ve now experienced the coronavirus epidemic. With the pandemic, many artists, including ourselves, ended up questioning the awareness and attitude we have towards the music culture and expression of art. We’ve had situations tested, but I think that we need to calmly observe each situation and refrain from hasty actions that could strangle us.

At the same time, the world has already updated, so sticking to the old ways of doing things won’t be enough. We constantly need to think of new ways to respond.

Takeshi: We started working on NO right after the full-scale spread of the infection started in Japan. As the social situation worsened at a rapid rate, people’s mental states were also thrown in a bad direction. We felt the same way. Anxiety, fear, hatred, anger, sorrow… surrounded by such negative emotions, playing extreme music became a form of healing. Similar to when we were teenagers, how listening to punk hardcore changed how the feelings of dissatisfaction and anger towards society into something positive. It’s inevitable that this work resulted in this type of audiovisual.

On Boris’ musical versatility and the importance of exploring different styles, from hardcore punk to drone

Takeshi: We’ve been influenced by different types of music. The pure sounds and echoes that move your heart exist as something that surpasses a type of genre. Our theme is “Heavy.” It isn’t only about the surface layer of the music, but something that also stagnates in the depths of its spirit. Something that is accompanied by physical pain and simulation, or something that rings like a base tone in a scenery… there are various types of “Heavy.” We explore these things and continue to express them in our own way.

Takeshi: During NO’s production, coronavirus stopped distribution worldwide, we were unable to keep releasing work as physical formats like CDs or LPs. So as a first attempt, we decided to have our band handle everything and release our work through Bandcamp. We wanted to deliver NO to listeners as quickly as possible.

As a result, I think this was a good option. Many listeners actually reacted and appreciated it, which made us happy. Right after the pandemic started, Bandcamp also began a movement to support artists. Many music fans agree with this, follow, and save the scene.

We also found the spirit of this underground support to be very healthy and wonderful, and we were able to feel a solid response even as a digital only release. The archive series that follows NO, compiling the past works across the years, has become one of our jobs now, to deliver this music to new listeners. We’ve been doing this band for 27 years now.

Takeshi: “Early Demo” from Archive Volume Zero. It hadn’t been long since I’d met the members and didn’t even think we could live off of being a band. Listening now, it feels young, but it was the beginning of Boris and it’s memorable.

Wata: “Pink Days”. PINK is an album that came to become the representative work of Boris. My mother passed away right before the album was released — until then, she had a cold reaction asking, “How long do you plan to be in a band for?” But right before she passed, she cheered on saying, “Do your best on what you’ve decided to do.” It was a time in my life when I dealt with preparedness and conflict.

Atsuo: “Drumless Shows”. I’m a drummer, but at the time, I pushed ideas and executed them for the tour myself. At the time, few people really understood it. By pushing through and sharing the pleasure I felt, the world began to resonate in the same way.

Takeshi: Absolutego was the first single, Amplifier Worship was the first album — both are works that were our starting points. Listening now, there are parts that sound childish and rough, but I want to share the musical experiences that we gained and experienced with the listeners, without hiding any parts. I feel that it’s also important to present the series of sound quests that the band experienced.

Around the time of releasing these two works, we had a lack of knowledge about recording and some parts that were unsatisfying, so we were able to remaster the work to what made sense to us, as the band reencountered the album [after] 24 years.

On the upcoming collab with Merzbow, 2R0I2P0, and how Boris and Merzbow complement one another

Takeshi: Right before the pandemic, we performed at a festival in Australia, and the live set inspired us to start production. Boris’ basic tracks came from a multi-track recording from last year’s European tour. After returning to Japan, we added edits and overdubs to the sound source. It’s a live document and also a completely new studio album.

When you co-perform with Merzbow, we can feel that Boris’ songs transform into something completely different on stage. The usual three-person timing and ensemble are broken, interfered, merged and mixed, and becomes new music that’s not Boris nor Merzbow. I think Merzbow feels the same phenomenon as well.

Takeshi: Boris’ source of motivation for production is the input received from the tours. Meeting people from all over the world, sharing music experiences, and receiving inspiration has driven us. There’s a sadness now since that cannot come true. The world where tours are possible may not come back anymore. Clinging to the past methods and only reproducing parts of those methods may only kill music itself. I’d love to work with methods that we are able to implement now, and move forward innovatively. This coronavirus situation will tell us what’s important to us.

A massive thanks to Takeshi, Wata, and Atsuo of Boris for taking the time to answer these questions and Kasumi Billington for translating the questions and answers. You can access the Archive series via Bandcamp and pick up the new LP reissues of Absolutego and Amplifier Worship via Third Man Records. Pre-orders for 2R0I2P0 are available via Relapse Records. Listen to “Dronevil2” below.