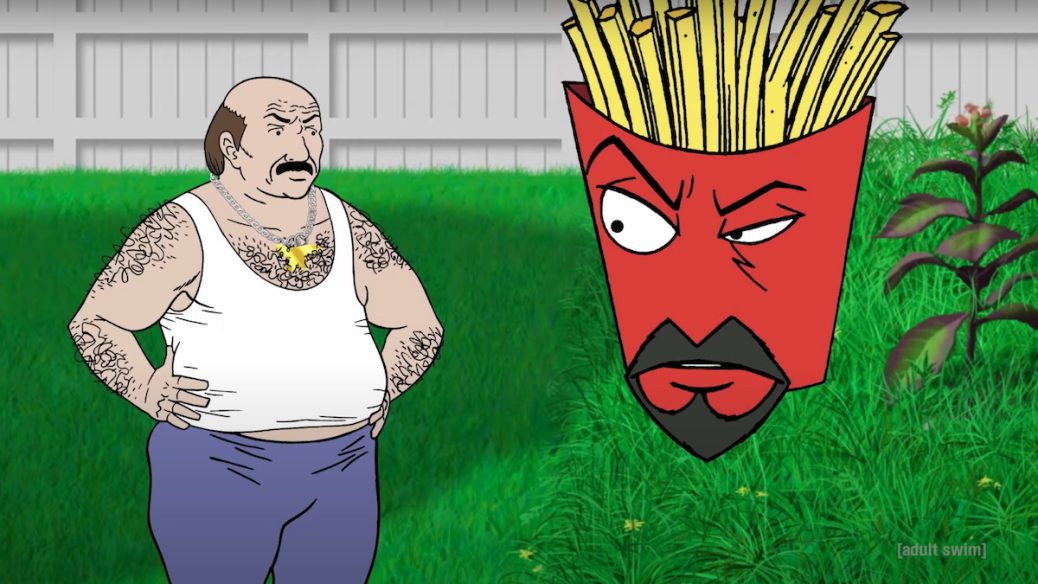 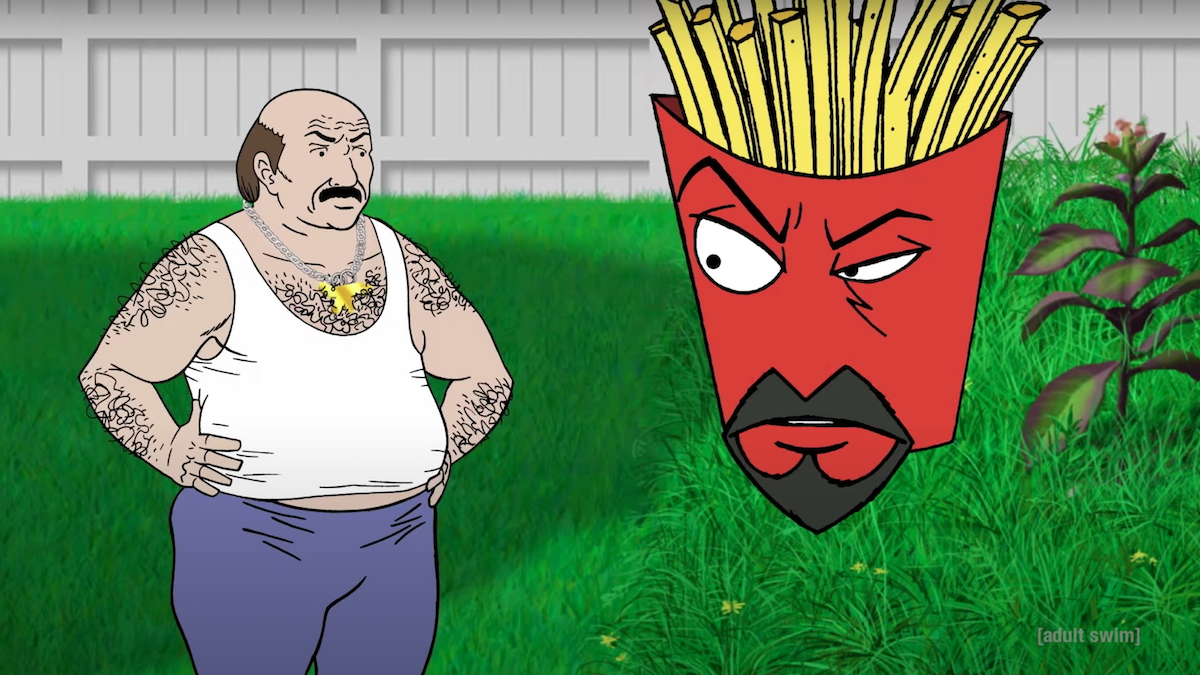 Aqua Teen Hunger Force has returned. Today, Adult Swim announced a new digital short series called Aquadonk Side Pieces, a spinoff that sees beloved ATHF characters facing off against some of the most memorable antagonists of the long-running adult cartoon.

All 10 episodes of Aquadonk Side Pieces will be hosted on Adult Swim’s YouTube channel, with a daily release at 12:00 p.m. ET/9:00 a.m. PT; the first episode is live now.

The one-shot shorts welcome back Aqua Teen Hunger Force characters Carl, Meatwad, Frylock, and Master Shake, along with their more hostile counterparts The Mooninites, The Plutonians, MC Pee Pants, The Frat Aliens, Happy Time Harry, Handbanana, and The Cybernetic Ghost of Christmas Past.

Aquadonk Side Pieces is the second of four digital short series coming to Adult Swim’s YouTube channel. Like its predecessor, the spinoff was created by Matt Maiellaro and Dave Willis. You can watch the first episode, in which Carl begs Frylock for help after Handbanana puts a tracking device into his neck, below. (If you need to catch up on Aqua Teen Hunger Force, head over to HBO Max.)

Last May, Adult Swim announced that movies for Aqua Teen Hunger Force, The Venture Bros., and Metalocalypse were all in the works; stay tuned for more info about those as it comes.