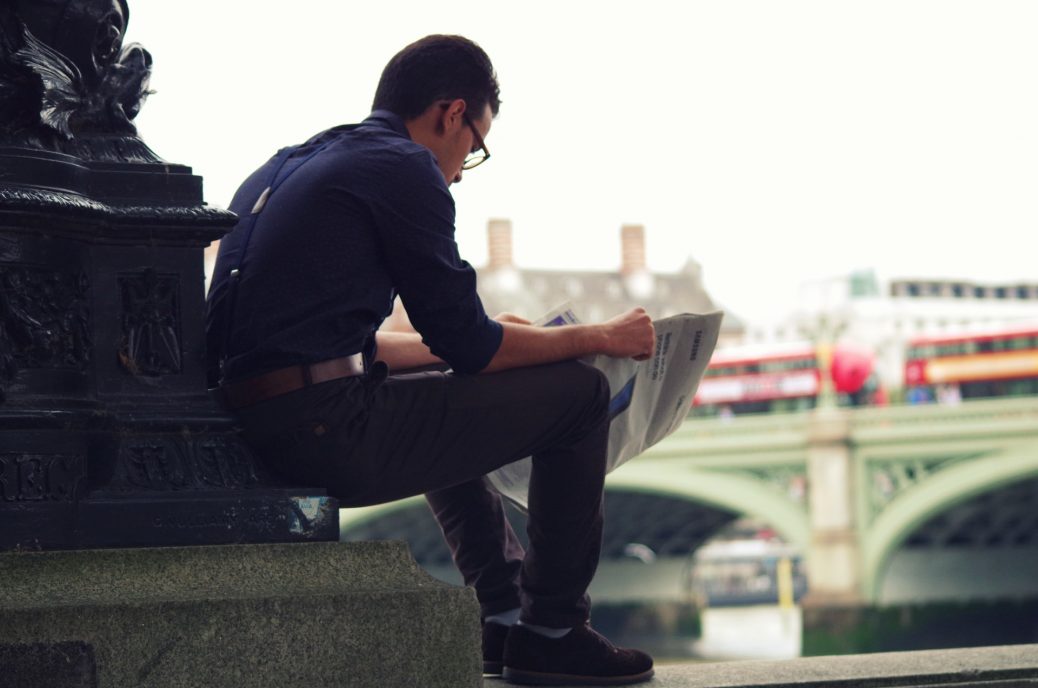 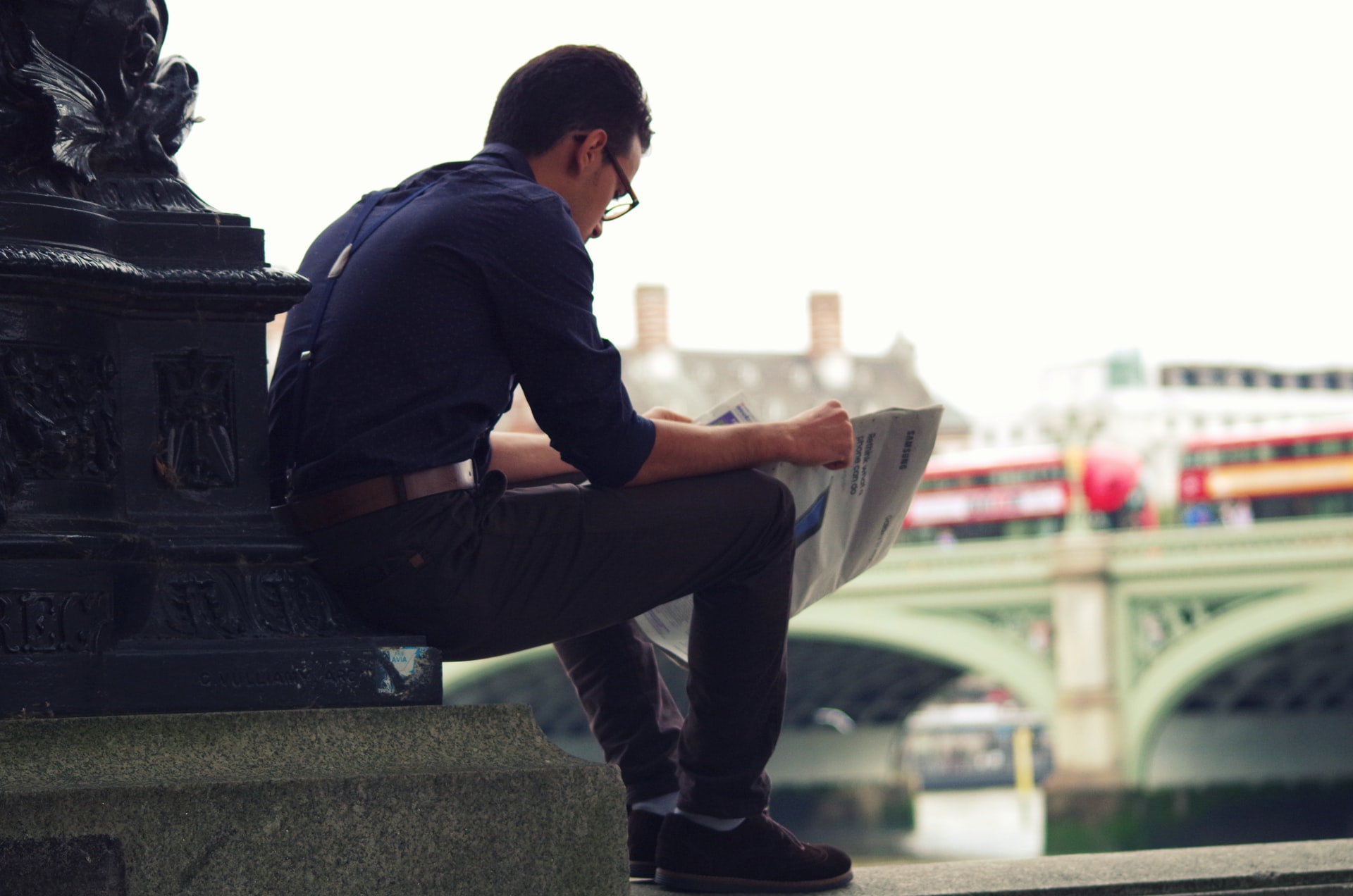 For those who feel swamped with bad news.  Rick Hanson, PhD discusses the brain’s negativity bias and the importance of being able to recognize the positive things too.

Why find the good news?

Unfortunately, we have a brain that generally fixates on bad news and brushes past good news. Over the 600 hundred million year evolution of the nervous system, our ancestors:

As a result, we routinely overestimate threats while underestimating opportunities and resources. Some people have an “optimism bias” in what they say. But in their actions, studies show that most people work harder to avoid pain than to get pleasure and remember failures and rejections more than successes and kindness from others. One result is that the media focuses on bad news, because that’s what people pay attention to; thus, the saying in journalism, “if it bleeds, it leads.”

Living in a Bad Dream

It’s as if we live in a subtle nightmare in which the shadows and threats are close and intense while our resources and opportunities seem distant and weak. We think the dream is real so there’s no point in trying to wake up from it. Our beliefs in the dream trap us like the bars of an invisible cage.

As many have taught, I believe that the root cause of suffering and harm is ignorance, illusion, not seeing things as they actually are. So when we wake up and see the facts and live in the light, we feel much freer, more at ease, clearer about genuine threats, and more confident about dealing with them.

Waking up and Seeing Clearly 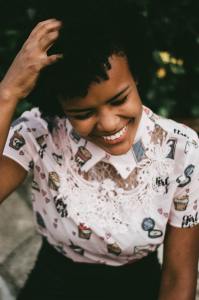 Remember a time in your past when you realized that things were not as bad as you thought. How did it feel to wake up in this way?

For instance, I recognized in my twenties that as a kid up I’d been a real nerd – but definitely not a wimp. This was a huge relief for me.

In other examples, I’ve known people who came to see that:

Yes, sometimes when we wake up, it’s to bad news that we had not recognized. Perhaps you realize that you’ve hit a ceiling in your job, or you’ve been too cranky with your kids, or a friend is not trustworthy in an important way.

Living in the truth means seeing both good and bad clearly.

But because of the brain’s evolved negativity bias, most of the time when we wake up, it’s to truly good news.

To repeat, nothing I’m saying here is about positive thinking, looking on the bright side, or seeing through rose-colored glasses. We need to see real threats, real problems, at all levels. For example, as an individual, I’ve needed to see that I have to slow down some as I get older. A couple may need to see that it has to stop getting so caught up in circular arguments. Humanity altogether needs to recognize that dumping 100 million tons a day of carbon dioxide into the air is already having devastating effects that will only get worse for our children, and theirs.

And – to deal with actually bad news, it really helps to recognize the good news that is also true. This puts challenges in perspective, highlights resources, and evokes the positive experiences that are the main basis for growing inner strengths such as grit, gratitude, and compassion.

Consider your fears. Especially the everyday ones, such as:

How many of these fears are actually true? Here are three really important questions: What are the odds of them happening? If they indeed happened, how bad would it really feel? And if the unlikely event did happen and if it felt really bad, how would you cope?

Think about the many things that protect and support you, from locks to laws, friends to health insurance. (Again, this is about seeing clearly, not about overestimating the resources in your life.) In particular, think about the inner strengths that you’ve used for tough times in the past, and which you could draw upon to deal with challenges today.

What have you always wanted to do – but told yourself is out of reach? 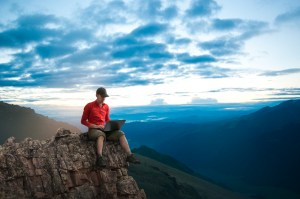 What would happen if you spent half an hour a day on some project, such as writing a book, laying the groundwork for changing careers, learning a musical instrument, or making art – and could these hours add up over a single year?

Recognize Good News About Yourself

Consider some of the many ways you have been seen, included, appreciated, liked, or loved.

Think about the people who have seen the real you – and still cared about you. Can you see yourself as another person might . . . and recognize the good heart in you, the sincere efforts, the longing for a just world, the talents and skills, the intuitions and imagination, and the innate natural goodness and wisdom inside you – and everyone else?

When we look around, things can seem overwhelming, especially at the level of society and its politics. It’s easy to to get lost in helpless outrage. Few of us have the power to make sweeping changes in a country – but all of us have the power to do something each day that makes life a little better for those around us. And gradually these efforts ripple out in widening circles, in ways seen and unseen, to touch the whole world.

Looking back over the sweep of human history, the good that has gradually developed is mainly the result of the slowly accumulating efforts of countless unnamed people. We are not helpless in our own lives! The words we speak, the attention we offer, the votes we cast, the hands we hold, the dreams we honor . . . these all matter. They matter to others, and they matter to oneself: knowing that you have done what you could in the one life you have. The effort itself is good and knowing you have made it is deeply good news.

Time held me green and dying
Though I sang in my chains like the sea.

The post Find the Good News first appeared on LoveAndLifeToolBox.