Your dog may love you, but doesn’t love the sight of your face

Home LIFESTYLE HEALTH & FITNESS Your dog may love you, but doesn’t love the sight of your face 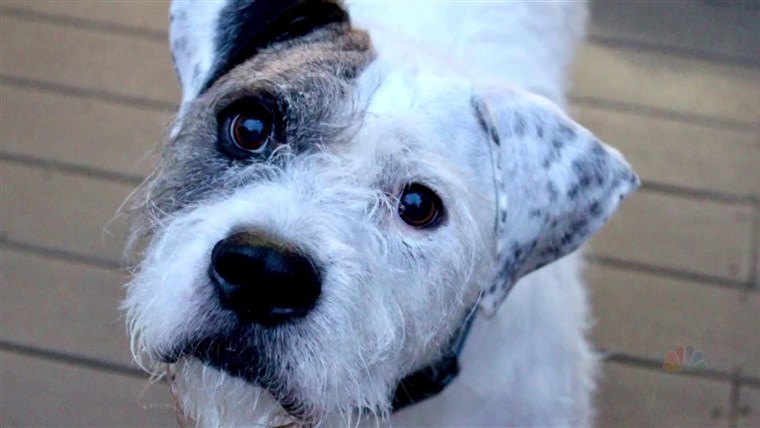 You may think your dog is excited at the sight of your face, but research published Monday suggests that unfortunately, she probably isn’t.

The study, in the Journal of Neuroscience, shows that dogs aren’t wired to focus on human faces. What does make their brains spark is the glimpse of another dog. The sight of a human? Not so much.

“Faces are central to human visual communication … and human brains are also specialized for faces,” study co-author Attila Andics, an animal behavior researcher at Eötvös Loránd University in Budapest, said in an email. But that doesn’t appear to be the case for man’s best friend.

Dogs do pay attention to human faces, Andics, said. “They read emotions from faces and they can recognize people from the face alone, but other bodily signals seem to be similarly informative to them.”

In other words, dogs may notice our faces, and even the expressions on them, but they use all sorts of other information, such as body language and voice cues, to tell what we are up to. Humans, on the other hand, value most what they see on a face.

To see if humans and dogs processed faces the same way, Andics and his colleagues recruited 30 humans and 20 dogs who were family pets. In the experiment, each human and each dog lay in an MRI machine while shown a series of two-second videos: a dog face, the back of a dog’s head, a human face and the back of a human head. The order in which thoe videos were shown varied with each run.

Getting a dog to lay still in a loud MRI scanner is a challenge in and of itself.

“They go through a several months-long training,” Andics said. The dogs are taught that “they cannot move during measurements, even a little.” He added that the “trained dogs are happy volunteers in these experiments, not forced or restrained in any way. They can leave the scanner any time if they want.”

When they analyzed the brain scans, the researchers found visual areas of the humans’ brains lit up far more when a human face was shown compared to the back of a head. Also human brains were more active when a video of a person played than one of a dog. When it came to the dogs, brain activity didn’t change whether a face or the back of a head was viewed. When videos showed a dog, the dogs’ brains were more active than when videos showed a human.

From an evolutionary standpoint, the study’s results make sense, said Dr. Carlo Siracusa, an associate professor of clinical behavior medicine and director of the animal behavior service at the University of Pennsylvania School of Veterinary Medicine.

“Mother Nature will not invest in something that is not relevant to survival, either in dog-to-dog or even wolf-to-wolf interactions,” said Siracusa, who was not involved with the new study. “They use other ways of communicating such as ear position — which can be seen from the front and from behind. The ear position will tell about the mood of the dog. We humans don’t move our ears.”

Dogs also use chemical communication much more than humans do, he said. The scent of another dog will reveal whether that dog might be of interest.

But dogs may have evolved to pay attention to human faces because they’ve also evolved to depend on humans, Siracusa said. “They try to understand from facial expressions what humans want,” he added. “How likely is it they are going to get something to eat rather than be punished. They are like toddlers.”

Dr. Katherine Houpt also wasn’t surprised by the new findings. “We always look at people’s faces, but dogs look at all of us,” said Houpt, a professor emeritus at the Cornell University College of Veterinary Medicine. “Dogs have other ways of [evaluating] people.”

Experiments have shown that dogs will be less likely to go to a person who has demonstrated selfish behavior, such as refusing to help someone open a jar or share some cookies, said Houpt, who was not involved with the Hungarian study.

But for those feeling sad about the findings, Houpt offered words of reassurance: “Your dog loves all of you, not just your pretty face.”