When it comes to vaccinating the world, regulatory approval is only the first step

Home LIFESTYLE HEALTH & FITNESS When it comes to vaccinating the world, regulatory approval is only the first step 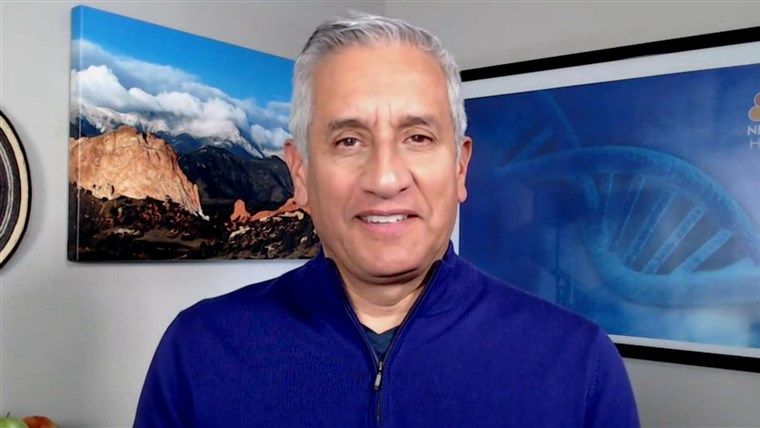 LONDON — If any coronavirus vaccine wins regulatory approval and becomes available to people in the coming months, its speedy deployment will have smashed what was previously thought possible.

Rolling out Covid-19 shots to even a fraction of the world’s 7.8 billion people will require conquering an epic supply-chain challenge at a scale that dwarfs any other in history.

Vaccines have been delivered around the world before, but never has the demand for one set of drugs been so immediate or universal. All of the headaches encountered with previous campaigns will be amplified by orders of magnitude as the world clamors for an answer to its collective nightmare.

The numbers are daunting. The U.S. pharma giant Pfizer and its German partner, BioNTech, which applied for emergency regulatory approval Friday, plan to produce 1.3 billion doses next year. The Massachusetts biotech firm Moderna will make another billion doses if its regulatory bid is successful.

The White House and other governments have placed advance orders according to specifications for hundreds of millions of vaccines from these companies and other hopeful front-runners.

But many experts are warning that even supplying people around the world deemed a priority — health workers, the elderly and the infirm — will be a challenge. Not only do hauliers have to ship vaccines at unprecedented quantities and speeds, they must keep the drugs cold enough to remain effective.

The most inhospitable parts of the North Pole wouldn’t satisfy Pfizer-BioNTech’s requirements of minus 94 degrees Fahrenheit. And even ferrying other vaccines — Moderna’s candidate can be stored for 30 days at regular refrigerator temperature — poses a series of issues that won’t be easy to solve.

Keeping cool in a war zone

Dr. Natalie Roberts has seen this struggle first hand, working with Doctors Without Borders in places such as Yemen, Syria and the Democratic Republic of Congo. Thinking about the challenge of Covid-19, she cast her mind back to 2014 and her efforts to get the Ebola vaccine to war-ravaged parts of the Central African Republic.

“It was very rural, so there’s no electricity in any of these villages. They don’t have fridges and their health facilities are literally a one-room shack,” Roberts, who is now the director of studies for the doctors group, in Paris.

“People had fled into the bush and a lot of their villages and the health facilities had been burned,” she said. “A lot of the roads are just not passable, especially in the rainy season, so there was just no way of keeping vaccines cold.”

Like Pfizer’s Covid-19 candidate, one of the Ebola vaccines requires supercool temperatures in transit. But this was only administered to a relatively small number of people, health workers and those exposed to infections, most of whom were largely confined to one part of the world.

Pfizer is nonetheless optimistic, championing its development of an “ultra-low thermal shipper” that can be used as a storage device for 15 days. The company points out its vaccine can survive its final five days in a regular refrigerator.

“Our track record gives us confidence in our ability to quickly scale and manufacture and distribute large quantities of a high-quality Covid-19 vaccine, leveraging multiple sites in the U.S. and Europe,” spokesman Dervila Keane said in an email.

But Roberts is skeptical these cool boxes will be enough in reality, given that transporting even regular refrigerator-temperature vaccines to remote places is no easy task.

“A lot of the time, the transport just took too long and the ice packs melted,” she said of her past experiences in the field. “If you have a break in your cold-chain, all of your vaccines are essentially ineffective. That happens relatively frequently.”

In a world where every Covid-19 shot will count, whole batches going bad in transit would be seen as a major problem.

Modeling by the German courier giant DHL and McKinsey and Co., a management consultancy, found that even if a Covid-19 vaccine can be kept between 35-46 degrees Fahrenheit, 30 percent of the world’s population would not have access to it because of the “limited cold chain infrastructure” in those parts of the world.

Even in those countries that do have the wherewithal, the delicate temperature-sensitive nature of the supply chain means that there will have to be seamless communication among companies, governments and patients to make sure the operation is airtight, according to Salisbury, the former British vaccine chief who is now an associate fellow at the London think tank Chatham House.

“If people turn up and there’s not enough vaccine for them, they won’t be pleased, and likewise if the vaccine arrives but there aren’t enough people to give it to,” he said. “And then, you’ve got to do it all again in three weeks, when it comes to double-dose vaccines, and then potentially every year.”

All of this assumes low-income countries will be able to afford it.

Eager to avoid a repeat of the 2009 swine flu pandemic, when wealthy countries crowded out poorer ones by reserving most of the vaccine stock for themselves, the World Health Organization is leading a fund aimed at raising cash and pooling collective buying power.

This scheme, called COVAX, has already raised $2 billion — despite the U.S. being one of the few countries to opt out — and it aims to supply vaccines to 20 percent of the population in each of its 180 participating nations.

If the Pfizer-BioNTech drug is approved first, it’s unclear whether COVAX would be expected or prepared to pay the full price.

Unlike other firms that took large amounts of public money and vowed to sell vaccines at nonprofit prices, Pfizer-BioNTech opted for a different route. They rejected White House investment, instead mostly self-funding at risk and selling for profit, $19.50 per shot in the U.S.

The investment bank Morgan Stanley projects their drug could make $15 billion revenue this year and the next.

The question is whether COVAX would want to pay a premium now, or wait for a cheaper option to gain approval. It has already signed a deal to buy 300 million doses of the vaccine candidate being developed by AstraZeneca and Oxford University. This one did take public money, including at least $1 billion from the U.S., and is being sold at cost, around $3-$5 per dose, during this phase of the pandemic, at least.

“That does pose a dilemma for COVAX,” said Frank Lichtenberg, a Columbia Business School professor who specializes in drug pricing. “Given the urgency of the pandemic, you’d think they might leap for the earlier vaccine. Although, once other vaccines come on the market, the price will come down.”

Pfizer said it was unable to comment on ongoing negotiations. A spokesman for Gavi, the Vaccine Alliance, which is co-leading COVAX, declined to offer specifics but said with any purchase it would “look for the lowest price available, given the volume it represents and populations it serves.”

Other industry insiders are eager to avoid a repeat of spring, when countries, states and hospitals tried to outbid one another in a chaotic scramble for personal protective equipment.

“It’s hard to overstate just how fractious and febrile that market became,” a senior figure at a leading British medical supplies company said.

“A not-dissimilar scenario might happen with vaccines,” the source said, speaking on condition of anonymity because of the company’s involvement in ongoing procurement activity. “The front-runners are going to find that everyone is beating a path to their door — and all at the same time.”

Even if this labyrinthine logistics puzzle is solved, public health workers must then convince patients to actually take the shots.

An Ipsos poll of 18,000 people in 27 countries found more than a quarter said they’d shun any vaccine approved by regulators. In Russia, Poland, Hungary and France, the proportion of naysayers rises to more than 40 percent.

Anti-vaxxers have seized upon the cutting-edge technology used by several front-runners, including Pfizer-BioNTech and Moderna, as evidence they are unsafe. These drugs involve special code called mRNA being inserted into the body, tricking it into developing an immune response.

Experts dismiss as baseless these conspiracy theories, which claim the mRNA will allow people’s DNA to be controlled or altered. Moderna and Pfizer-BioNTech say their trials have shown no serious side effects.

For Michel Zaffran, the WHO’s outgoing director of polio eradication, this issue of trust, rather than logistics, is the biggest challenge.

“There needs to be a lot of communication with the communities, for them to understand what the vaccine is about, for them to accept the vaccines,” he said. “There is a real danger if there’s any kind of suspicion or resistance.”