What breakthrough infections mean for the Covid vaccines 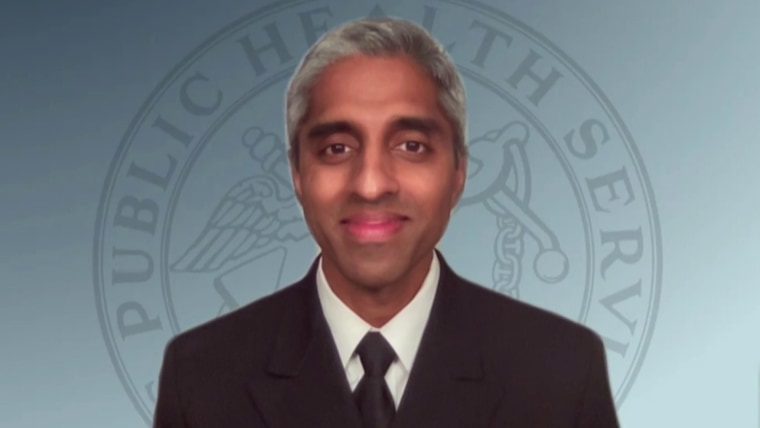 A series of recent coronavirus infections among vaccinated athletes and government staffers has focused attention on an apparent rise in so-called breakthrough infections. But while cases involving fully vaccinated people have increased in recent weeks, experts say there’s little reason to worry.

A game between the New York Yankees and the Boston Red Sox on July 15 was postponed because of multiple confirmed breakthrough cases. A few days later, Kara Eaker, an alternate on the U.S. women’s gymnastics team who was vaccinated in May, tested positive at an Olympics training camp in Japan. And this week, government officials announced that a White House staffer and a senior communications aide to House Speaker Nancy Pelosi, D-Calif., had tested positive even though they had been fully vaccinated. The cases came on the heels of positive tests for six members of a delegation of Texas Democrats in Washington, D.C.

More than 161 million people in the U.S. have been fully vaccinated, according to the Centers for Disease Control and Prevention, and breakthrough infections appear to occur in just a tiny sliver of them.

But as the pandemic lingers and more transmissible variants of the virus circulate widely, it’s expected that the number of breakthrough infections will rise. Yet studies have shown that most cases in vaccinated people are mild — if a person develops symptoms at all — and research indicates that vaccines still provide strong protection, even against the known variants.

“The reality is that a lot of these breakthrough infections have been vaccinated people who test positive, but there’s a difference between testing positive and getting sick,” said Angela Rasmussen, a virologist with the Vaccine and Infectious Disease Organization at the University of Saskatchewan in Canada.

In other words, people who test positive may have tiny amounts of the virus in their bodies — enough to be detected with Covid-19 tests but not enough to make them ill.

And because the vaccines work by giving the immune system a boost, it can more quickly recognize and attack any invading pathogens.

“If you have a lot of good antibodies, they are potentially able to bind to the virus before it can cause trouble, and that can mitigate or decrease your odds of getting sick,” said Dr. Robert Darnell, a senior physician and biochemist at Rockefeller University in New York.

Still, breakthrough infections are expected because no vaccine is 100 percent effective. In rare cases, fully vaccinated people can get seriously ill and die from Covid-19, but the vast majority of breakthrough cases have been mild or asymptomatic.

That’s because the vaccines act like screens to block most — but not necessarily all — virus particles from invading the body. Different factors influence the strength of the screen and how many tiny virus particles are able to make it through the barrier, said Dr. Sarah Fortune, an immunologist at Harvard’s T.H. Chan School of Public Health.

“These variants are more transmissible, so they’re better at getting through the screens,” she said. “The other factor is how much virus is out there trying to get in, and that’s determined by vaccination rates in your local community. It’s how much virus you’re being exposed to.”

Vaccines can also lower the amount of virus in the body, which may limit the ability of people with breakthrough infections to spread it to others, although the effect is not yet well understood. More research is needed to gauge what effect asymptomatic breakthrough cases, in particular, have on transmission.

“It may be that for the vast majority of vaccinated people who get infected, they just don’t make enough virus to infect another person,” said Dr. Janko Nikolich-Žugich, an immunologist and professor of medicine at the University of Arizona.

Darnell, of Rockefeller University, said the recent rise in breakthrough infections hasn’t been associated with a similar increase in hospitalizations or deaths, which is encouraging evidence that vaccines seem to be holding up well, in spite of new and emerging variants.

As of July 12, the CDC reported 5,492 breakthrough cases in which patients were hospitalized or died. Three-quarters of the cases involved people over age 65. While they are tracked as breakthrough infections, it’s not necessarily the case that Covid-19 caused the hospitalizations or deaths, particularly among patients who were asymptomatic.

Rasmussen said higher rates of hospitalization and death in older adults aren’t surprising because older people are generally more vulnerable to serious illness from Covid-19. Immunocompromised people or those with underlying conditions are similarly at higher risk.

In Israel, where 80 percent of people 16 and older have been fully vaccinated, researchers studied 152 breakthrough cases in which patients were hospitalized and found that most involved people with underlying conditions, such as hypertension, diabetes and congestive heart failure. The study, published July 6 in the journal Clinical Microbiology and Infection, found that only six cases involved patients with no comorbidities.

Israel reported this month that the Pfizer-BioNTech vaccine was 93 percent effective at preventing hospitalizations and serious disease, but its effectiveness fell to 64 percent for preventing infection and symptomatic illness.

A separate analysis released June 25 by Public Health England found that two shots of the Pfizer-BioNTech and AstraZeneca vaccines were 79 percent effective at protecting against symptomatic illness with the delta variant and 96 percent effective against hospitalization.

The ability of vaccines to protect against serious disease is critical, Rasmussen said, and an indication that the shots continue to perform well.

“If we started to see ICUs filling up with people who are fully vaccinated, that would be an indication that the vaccines are no longer effective,” she said.

While the vaccines remain highly effective, there’s reason for concern if outbreaks continue to smolder across the country. The more that the virus is left to circulate, the more chances the pathogen has to mutate in a way that could make it more transmissible, enable it to cause more severe disease or help it evade the protection of vaccines.

Preventing such an outcome will require focusing on vaccinating as many people as possible, in the U.S. and around the world.

“I lose infinitely more sleep over the fact that we have such large numbers of unvaccinated people who are at a tremendous risk of developing severe disease,” Nikolich-Žugich said. “We shouldn’t be complacent or cavalier about it, but it pales in comparison to the question of how we get as many people as possible vaccinated.”