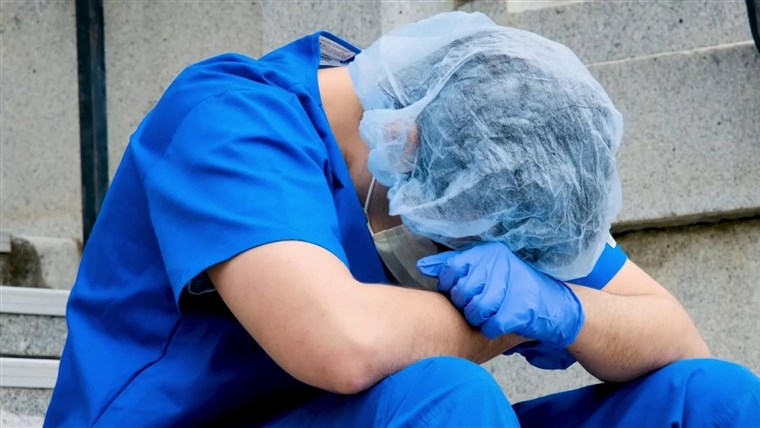 Life expectancy in the United States fell by an entire year in the first half of 2020 as Covid-19 swept through the country, health data published Thursday found, a decline not seen since World War II.

Racial minorities suffered the biggest impact from January through June 2020, with Black Americans losing nearly three years and Hispanics losingnearly two years, according to preliminary estimates from the Centers for Disease Control and Prevention.

“This is a huge decline,” said Robert Anderson, who oversees the data for the CDC. “You have to go back to World War II, the 1940s, to find a decline like this.”

Life expectancy is how long a baby born today can expect to live, on average, if death rates remain the same.

Provisional life expectancy in the first half of 2020 was at its lowest level since 2006, the CDC data found.

In the first half of the year, the expected life span for Americans overall was 77.8 years, down one year from 78.8 in 2019. For males the average life expectancy was 75.1 years, and for females, who tend to have higher life expectancies, it was 80.5 years, a slight drop from the previous year.

It’s already known that 2020 was the deadliest year in U.S. history, with deaths topping 3 million for the first time. Most were due to Covid-19, which has claimed the lives of more than 490,000 Americans since the start of the pandemic — the highest death toll in the world.

Health experts say the data shows the impact of the coronavirus, but also more broadly deaths from heart disease, cancer and other severe health conditions.

Hispanics in the U.S. have long had the highest life spans, and Thursday’s data showed they still do. The life expectancy for Black people, however, now lags white people by six years, reversing a trend that had the gap closing.

“Black and Hispanic communities throughout the United States have borne the brunt of this pandemic,” said Dr. Kirsten Bibbins-Domingo, a health equity researcher and dean at the University of California, San Francisco.

They’re more likely to be in front-line, low-wage jobs and “there are stark, pre-existing health disparities in other conditions” that raise their risk of dying of Covid-19, she said. More needs to be done to distribute vaccines equitably and better protect minorities from infection, she added.

In a grim warning for the future, the CDC noted that the data only reflects deaths that occurred during the first six months of 2020 and does not yet show the full impact of the Covid-19 pandemic. It also took into account an uptick in deaths due to drug overdoses.

Dr. Otis Brawley, a cancer specialist and public health professor at Johns Hopkins University, saidthe drop in life expectancy is more evidence of “our mishandling of the pandemic.”