The Navajo Nation ‘didn’t politicize wearing masks.’ Its efforts are paying off — for now. 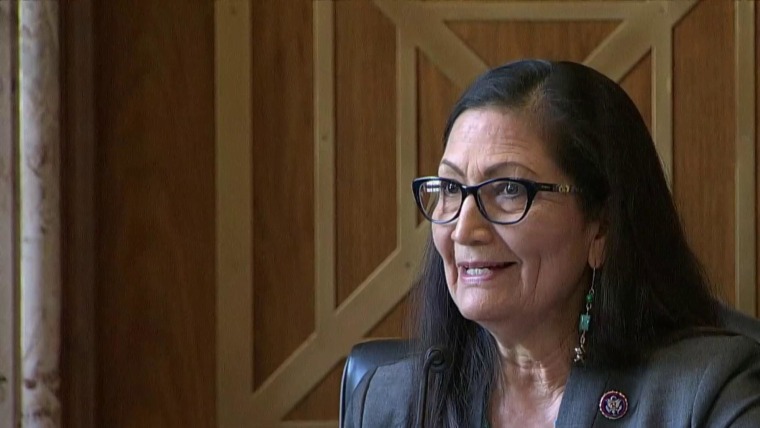 At its nadir, the Navajo Nation had the highest rate of Covid-19 infections per capita in the United States, plunging the largest Native American tribe into turmoil.

But the lessons of spring 2020, including enforcing strict lockdowns and mask mandates, ultimately helped the tribe to “flatten the curve” of the initial outbreak and positioned it for a remarkable turnaround once the Covid vaccines arrived in December.

Fast-forward to this summer: As some states experience a devastating fourth wave of Covid driven by the more transmissible delta variant — leading to a rapid rise in cases and hospitalizations, including among younger people — the Navajo Nation boasts a more than 70 percent vaccination rate among its eligible population, and earlier this month, it saw a seven-day stretch of no reported Covid-related deaths.

In addition, recent deaths that have occurred are of people who had contracted the disease around the prior wave and “hung on for a very long time,” tribal President Jonathan Nez said Wednesday.

“One thing that is surprising: It’s been about five weeks in an increase in cases, and there is no evidence that anybody has died from this wave,” Nez said.

As the Navajo Nation stares down a third wave of the coronavirus and hopes to stave off deadly cases of the delta variant, which has been surging in surrounding states, tribal leaders are going back to an early pandemic playbook that local and state governments across the country have largely resisted.

Nez also announced this week a vaccination mandate by late September for all tribal government employees, otherwise they must undergo regular testing. Already, more than 80 percent of the tribe’s executive branch employees are fully vaccinated.

“If people look at the Navajo Nation, they can see that it is possible to push back on this virus regionally,” Nez said.

Unlike many states and communities, the Navajo Nation continued to require those on its reservation — which stretches across parts of Arizona, New Mexico and Utah — to continue wearing masks. The tribe also did not dismantle its contact tracing program, which has been invaluable, Nez said.

“I’m very proud of our Navajo people,” he added. “They accepted these protocols from the beginning. We didn’t politicize wearing masks. When people get sick, they know what to do. They stay home. They get in touch with contact tracers.”

Nez said that despite the tribe’s best efforts to keep the coronavirus at bay, warding off the delta variant has remained impossible as many tribal members work, do business or live off the reservation, and they may “let their guard down.” Tribal health officials say Covid is mainly spreading when people return to their families, who typically live in multigenerational households, and infect others.

Most of the new cases among the Navajo Nation are from the delta variant, and the majority affected are unvaccinated. At least 1,399 citizens have died from the coronavirus, according to the tribe’s health data, with people even more susceptible because of a lack of running water and the high rate of co-morbidities.

Tribal officials said they’re keeping an eye on how the delta variant is rising in states that border the Navajo lands. This week, Arizona — whose Republican governor, Doug Ducey, lifted mask mandates in March and said in July that his state would not support mask or vaccine mandates in schools — reported its highest number of Covid cases in hospitals since mid-February.

While Ducey has urged residents to get a Covid vaccination, only about 47 percent of the state’s population is fully inoculated.

Nez would like to see the Biden administration widen its vaccine mandate to more agencies, such as the Bureau of Indian Education, which he said would help ensure that federal employees who live or work on reservations are immunized.

Wendy Greyeyes, an assistant professor of Native American studies at the University of New Mexico, said even with an understanding of the historic mistrust that Indigenous populations have with the federal government — rooted in centuries of violence, trauma and forced assimilation — members of the Navajo Nation and other tribes have largely stepped up to listen to federal health officials, get vaccinated and do their part to deter the coronavirus’ spread.

As the effects of Covid-19 have also underscored the disproportionate barriers to health care access for Native Americans, Greyeyes said the loss of loved ones, particularly of older family members with deep knowledge of the culture and language, has forced Indigenous communities to take preventative measures seriously.

“That triggered people to really respond and listen to these public health campaigns and believe we are empowered to defeat this illness,” she added.

Donovan Pete, a member of the Navajo Nation living in New Mexico, lost his 80-year-old grandmother to Covid-19 earlier this year. He was also hospitalized for five days, he said, as his entire household contracted the virus.

Pete said he doesn’t mind that some stricter safety measures have returned, and he advocates for more of his people to get vaccinated.

“Nowhere in the time we’ve been in the pandemic have I felt anything was ‘normal,'” he said. “Although our tribe felt good about numbers being so low before delta hit, there was a stark reminder in the neighboring states and towns that people were still contracting Covid, and it only takes one person to spread it like wildfire.”