Stress from the pandemic has made even basic decision-making difficult, poll finds

Home LIFESTYLE HEALTH & FITNESS Stress from the pandemic has made even basic decision-making difficult, poll finds 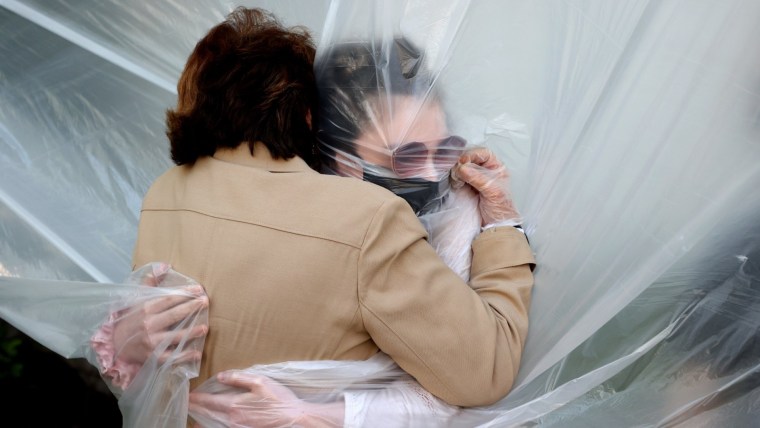 Stress from the pandemic has people struggling to make decisions large and small, with nearly a third of adults questioning even basic day-to-day choices, according to a new report.

The American Psychological Association’s “Stress in America” survey, conducted by the Harris Poll, found that 32 percent of adults are so stressed by the pandemic, they sometimes wrestle with daily tasks, such as choosing what to eat or what to wear.

“Our bodies don’t differentiate where the stress is coming from. They just know we’re stressed. So when that level of uncertainty starts to overwhelm our coping mechanisms, even the smallest tasks can start to feel overwhelming,” said Vaile Wright, a clinical psychologist and the senior director of health care innovation at the American Psychological Association.

The survey found that parents, younger adults and people of color were more likely to report feeling overwhelmed by such tasks as a result of their pandemic-related stress.

Among parents, 47 percent said they struggled to make basic decisions compared to 24 percent of nonparents.

When it came to age, Generation Z adults — which the survey defined as those ages 18 to 24 — and millennials — those ages 25 to 42 — were the most likely to report these struggles at 37 percent and 48 percent, respectively.

Older adults, defined by the survey as those ages 76 and older, were the least likely, with just 3 percent saying they struggled.

Meanwhile, Hispanic and Black adults were more likely than white adults to say they are sometimes so stressed about the pandemic that they struggle to make these basic decisions, and Hispanic adults reported the highest levels of stress, on average, over the past month related to the pandemic.

“We know that they are being disproportionately affected by the pandemic,” Wright said, adding that Hispanic people also reported higher levels of knowing someone who had Covid or who died of Covid than white people did. “Dealing with that level of grief, the threat is that much closer for them, and I think that adds an additional level of stress.”

The survey of 3,035 adults, conducted in August, also found that the pandemic is having a profound effect on bigger decisions. Sixty-one percent of respondents said the pandemic had made them rethink how they were living their life; 49 percent said it made planning for their future feel impossible.

‘This isn’t going to last forever’

Finding ways to cope has been particularly tricky for Gen Z and millennials, who at 45 percent and 50 percent, had the highest rates of responding that they did not know how to manage these many stressors.

Overall, 74 percent of adults said stress had affected them in some way over the past month, with headaches and feeling overwhelmed topping the list.

Their behaviors were changing as a result: 24 percent of the survey respondents were avoiding social situations, 23 percent were altering eating habits and 22 percent were procrastinating or neglecting responsibilities or changing their physical activity levels, respectively.

There was, however, some good news. Among the survey participants, 70 percent reported feeling confident that everything will work out after the pandemic ends.

That optimism is a feeling that everyone can harness now, Wright said, even while the pandemic is ongoing.

“It’s helpful to remind ourselves that we have come through adversity before, either personally or as a nation, so even just reminding ourselves that this isn’t going to last forever, even though it might feel like it in the moment, can be an important touchstone,” she said.

Elizabeth Chuck is a reporter for NBC News who focuses on health and mental health, particularly issues that affect women and children.