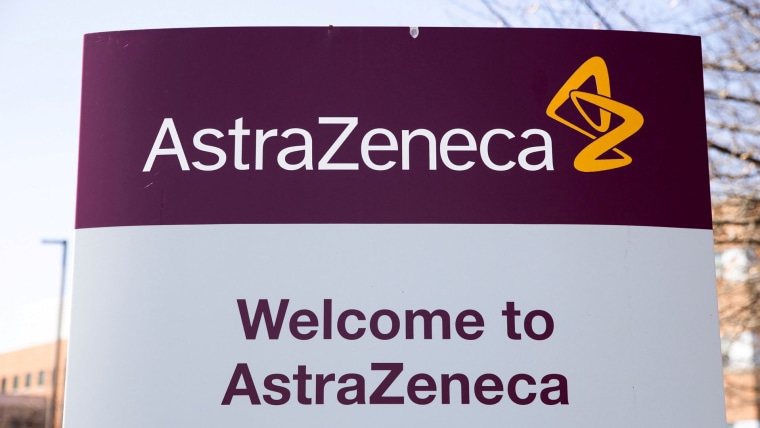 Even as the Covid delta wave ebbs in the U.S., millions of people with compromised immune systems remain trapped in an anxious and sequestered limbo. A considerable portion of this population, research indicates, remains highly vulnerable to the coronavirus even after three or four vaccine shots.

Many immunocompromised Americans, including people with cancer, autoimmune disorders and transplanted organs, are impatiently awaiting what could be their ticket back to some semblance of normalcy: the ability to receive periodic injections of long-acting monoclonal antibodies. This, research suggests, could provide them the substantial protection against Covid-19 that in their cases vaccination may not.

The Food and Drug Administration could soon grant emergency authorization to monoclonal antibodies from drugmaker Regeneron for what is known as pre-exposure prophylaxis, or PrEP, against Covid-19. If cleared by the FDA, Regeneron’s therapy could be given as a set of injections every one to three months before potential exposure to the coronavirus.

But questions remain about how accessible such routine preventive therapy would be to any of the estimated 3 percent of Americans who have compromised immune systems.

Inga Lennes, senior vice president of ambulatory care and patient experience at Massachusetts General Hospital in Boston, said that if particular antibodies were approved for competing uses of both PrEP and treatment of Covid-19, she would be “wary of potential supply issues.”

On the upside, antibody-based PrEP would not need to be provided through time-consuming intravenous infusions, as is mostly required for such antibodies’ use as treatment. Instead, antibody PrEP could be injected into the muscle or under the skin.

This, according to Dr. Marshal Lyon, a professor of infectious diseases at Emory University School of Medicine in Atlanta, would make providing PrEP much less of a logistical headache for over-taxed health care systems.

We would find a way to give PrEP to our most vulnerable patients who greatly need it.

The nation is facing a labor shortage and, critically, a dearth of nurses, who help manage such injections. Also, the FDA could dictate that PrEP recipients undergo the hour of post-injection monitoring that is currently required after receipt of these antibodies.

“We would find a way to give PrEP to our most vulnerable patients who greatly need it,” Lyon said. “However, staffing is a huge issue right now.”

Infectious-disease experts stress that monoclonal antibodies should not be used as a vaccination alternative and that the therapies’ use as PrEP should be limited to those unable to mount a proper immune response to the vaccines.

Restrictions on use have eased

In mid-September, the Biden administration wrested control of distribution of the nation’s supply of monoclonal antibodies in the face of potential shortages. However, predictions of high-risk people being denied these antibody cocktails as a Covid treatment have largely not come to pass, representatives of numerous state health departments and major health care facilities nationwide told NBC News.

National distribution of monoclonal antibodies for Covid peaked from late September to early October, at nearly 200,000 doses per week. Multiple health care providers report that supply was indeed tight during that period, compelling them to prioritize antibodies for higher-risk patients.

But just as the national Covid-19 diagnosis rate has since declined, and along with it demand for antibodies, the most recent weekly shipment has dropped to 126,000 doses. Restrictions on their use have eased, but have not always been eliminated.

“I would hope that production would increase to match demand if this were approved,” Dr. Sarah Doernberg, an infectious disease physician at the University of California, San Francisco, said of the potential of the FDA granting Regeneron’s request for authorization of its antibody cocktail, REGEN-COV, as PrEP.

REGEN-COV, along with antibodies from Eli Lilly and GSK, is authorized for treatment of mild-to-moderate Covid-19 within 10 days of symptom onset. Such treatment greatly reduces the risk of hospitalization and death.

In September, the Biden administration purchased 1.4 million doses of REGEN-COV at $2,100 per dose, following a January order of 1.25 million doses. Regeneron is currently assessing future potential need of the therapy.

AstraZeneca has also applied for an FDA nod for a Covid-19 antibody cocktail, called AZD7442, as PrEP. The company may also pursue a therapeutic approval.

Regeneron’s cocktail received further FDA authorization in August for use as post-exposure prophylaxis. Unvaccinated or immunocompromised people who have been in close contact with someone with the coronavirus can substantially reduce their own Covid-19 risk by subsequently receiving the antibody cocktail, ideally within four days of exposure.

Initial tests indicate that AstraZeneca’s antibody might require an intramuscular injection only every six to 12 months for use as PrEP, which is given prior to potential exposure.

Advanced research into each of these companies’ antibodies, which appear safe and well tolerated, as PrEP is ongoing.

AstraZeneca is midway through 15 months of monitoring of nearly 5,200 participants, 3 percent of whom have immune deficiency, after they received an injection of AZD7442 or a placebo.

Regeneron is launching a trial of a planned 8,750 immunocompromised people who have had no antibody response to Covid-19 vaccination. They will receive either a monthly or a quarterly REGEN-COV injection or a placebo.

The biotech firm Adagio Therapeutics is also testing an injectable antibody as PrEP, one that may be as long-acting as AstraZeneca’s. Initial results from a 5,200-person trial are expected in late 2022.

Thus far, research suggests that Regeneron and AstraZeneca’s therapies as PrEP could each reduce the risk of symptomatic Covid-19 by perhaps 80 percent. It remains unclear whether such preliminary results will prove sufficient to prompt the FDA to authorize either therapy as PrEP in the short term.

REGEN-COV’s authorization for use as prevention of Covid-19 following exposure does, however, already permit immunocompromised people who live or work in an institutional setting where ongoing coronavirus exposure is likely to receive ongoing monthly injections. Some prescribers interpret this provision quite liberally.

Paula Carens, 68, a Wellesley, Massachusetts, resident whose rheumatoid arthritis treatment suppresses her immune system, reported that her Mass General physician did not feel her real-estate-agent career qualified her for such monthly shots.

In a harbinger for what immunocompromised people might face if Regeneron’s cocktail does receive an explicit PrEP authorization, the physician added that even if she did currently qualify, Mass General was prioritizing the antibodies’ use as treatment over prophylaxis to ensure proper capacity to provide such therapies to higher-risk patients.

Such prioritization appears common nationwide, as does a woeful lack of awareness about antibodies’ potential use as prevention among health care providers.

If AstraZeneca’s antibody receives an FDA authorization as PrEP, this would help address supply and capacity constraints that would be tied to a similar nod for REGEN-COV, experts assert. AZD7442 as PrEP would require dosing infrequent enough that its injections could be folded into immunocompromised people’s routine care. Plus, the supply of the longer-acting antibody would likely not have a competing demand for Covid-19 treatment — at least not initially.

The federal government has already contracted to purchase 700,000 doses of AZD7442, which AstraZeneca has pledged to make swiftly available.

Experts also anticipate that if Covid-19 rates continue to fall and oral antivirals such as Merck’s molnupiravir or Pfizer’s Paxlovid are approved as treatment, this could ease demand for antibodies as treatment while freeing up health care providers’ capacity to provide PrEP.

James Hoyer, who leads West Virginia’s Covid response task force, remains bullish on PrEP’s prospects, saying, “If they’ll give us one more tool to get past the pandemic, trust me, we’ll figure out a way to get it to the people.”