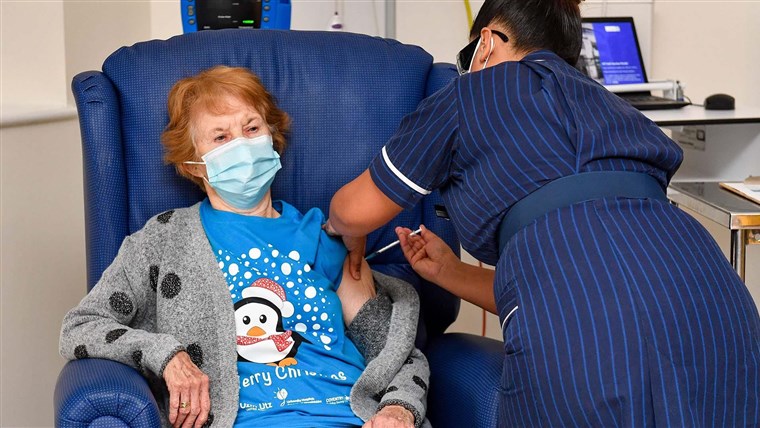 The information was made public before a meeting Thursday of the Vaccines and Related Biological Products Advisory Committee, or VRBPAC — an advisory group to the FDA that will vote on whether to advise the agency to grant emergency use authorization of the vaccine in the U.S.

The 53-page document contains analysis from both federal regulators and Pfizer on the latest data from the company’s Phase 3 clinical trial on its Covid-19 vaccine. It will be used to help guide the advisory group in its decision-making.

“I think we can be confident in the findings of this trial,” Dr. William Moss, executive director for the Johns Hopkins Bloomberg School of Public Health International Vaccine Access Center, said. Moss noted the diversity of the trial participants, with “representation across ethnic and racial groups, comorbidities and age.”

Dr. Greg Poland, director of the Mayo Clinic’s Vaccine Research Group in Rochester, Minnesota, said that based on the information provided in the document, he could “see absolutely no reason why this emergency use authorization would not be granted.” Neither Poland nor Moss is involved in Pfizer’s vaccine trials.

The new information shows it has benefits even after the first dose, with an effectiveness of more than 50 percent about a week later. While useful, Poland said it will be important to follow through with that second dose to “significantly boost the immune response.”

“The concern is that after a single dose, people would think ‘I’m home free.’ That would be the wrong message,” Poland said.

The vaccine’s overall effectiveness seems to be the same across all age groups, racial and ethnic minorities, and people with underlying conditions, such as obesity, diabetes and high blood pressure.

Both Poland and Moss called the data “a grand slam.”

“We do not have good examples of vaccines with this level of efficacy across age, gender, race and comorbidities,” Poland said. “I’ve never seen something like this.”

It’s important to note that the shots may come with side effects, including fatigue, fever, headaches, muscle and joint pain.

Four cases of Bell’s palsy, a condition that causes weakness in the facial muscles, were identified in participants who received the vaccine, and none in the group who got the placebo. At least one of the patients recovered within a few days of getting the shot.

There is no evidence the vaccine caused the problem, but FDA is expected to recommend long-term follow-up of this potential issue.

Experts note it will also be important to study the vaccine’s safety and effectiveness in children, pregnant and breastfeeding women, as well as those who have compromised immune systems.

“Can people who are vaccinated get asymptomatic infection and transmit the virus? That’s important,” he said, adding it’s also unclear how long protection lasts after both the first and second doses of vaccine.

Pfizer and its German partner BioNTech expect to have 50 million doses available this year and 1.3 billion in 2021, using facilities both in the United States and Belgium.

The United Kingdom was first to roll out the Pfizer vaccine, with a 90-year-old woman near London receiving the first shot Tuesday morning.