Novavax seeks authorization in the UK for its Covid vaccine 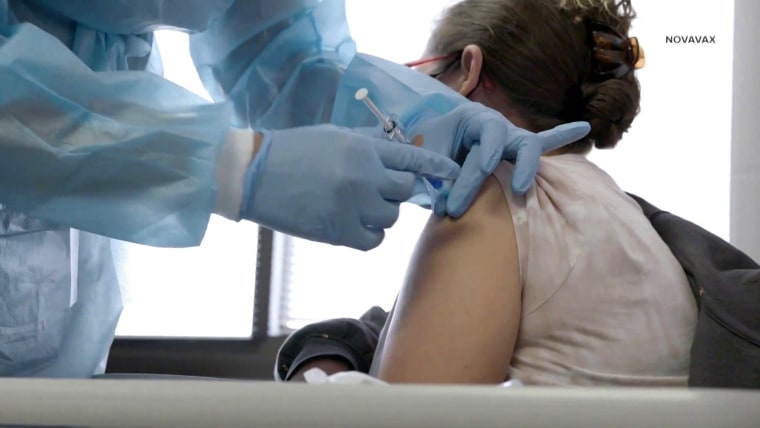 Novavax said on Wednesday it had completed the real-time submission of an application for the authorization of its Covid-19 vaccine candidate in the United Kingdom.

The submission is based on data from a late-stage trial involving 15,000 volunteers in the U.K., showing that the experimental vaccine was 96.4 percent effective against the original coronavirus strain.

The application also includes data from a 30,000-person late-stage trial in the United States and Mexico, showing that the vaccine, NVX-CoV2373, demonstrated 100 percent protection against moderate and severe disease and 90.4 percent effectiveness overall.

The United Kingdom has so far administered enough vaccine doses to have fully vaccinated about 76.1 percent of the country’s total population, according to a Reuters tally.

However, cases have recently been on the rise and Prime Minister Boris Johnson said that the government will rely on vaccines rather than lockdowns to navigate a difficult winter.

Novavax in August pushed back its U.S. application timeline to the fourth quarter of this year from the third, saying the distribution of its vaccine will be initially prioritized to low-income countries, which still have an unmet need for primary vaccination doses.

Novavax said it now expects to submit the complete application seeking U.S. authorization by the end of the year.

The vaccine developer has been prioritizing regulatory submissions to low- and middle-income countries as it fell behind peers like Pfizer, Moderna and Johnson & Johnson in the race for authorization in the U.S. and Europe.

Last month, Novavax and its partner Serum Institute of India applied to the World Health Organization for an emergency use listing of Novavax’s Covid-19 vaccine.

It has already filed for the shot’s authorization in India, Indonesia and the Philippines.