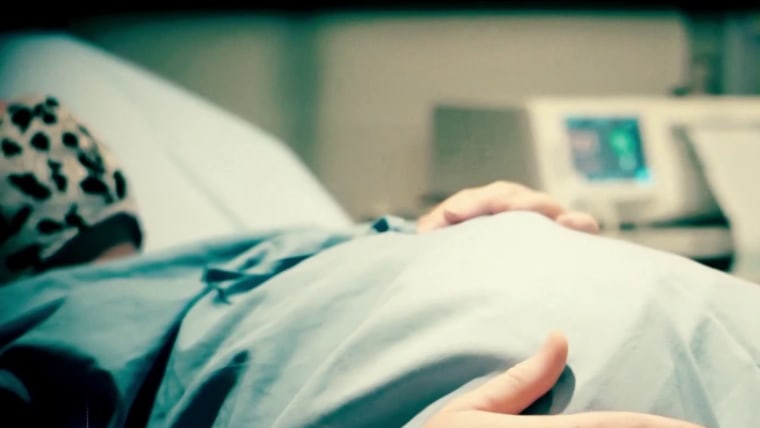 As the delta variant drives a surge in hospitalizations across the South, doctors say they’re seeing an unprecedented number of pregnant women critically ill with Covid-19.

“None of us has ever seen this magnitude of really, really sick women at one time,” said Dr. Akila Subramaniam, an associate professor at the University of Alabama’s Birmingham Division of Maternal-Fetal Medicine. Subramaniam and her colleagues estimate a tripling — or even quadrupling — of pregnant patients hospitalized with Covid.

In North Carolina, Dr. Brenna Hughes, chief of the Duke University Medical Center’s Division of Maternal Fetal Medicine in Durham, said that her team is also treating more pregnant patients than at any point in the pandemic. At the Vanderbilt University Medical Center in Nashville, Tennessee, the ICU has treated more than a dozen pregnant women with Covid in recent weeks, when it typically sees only one or two pregnant women a month.

“Their deterioration is quicker,” said Dr. Todd Rice, director of Vanderbilt’s medical intensive care unit. “They go faster from needing a little bit of oxygen to holy s—, they need a lot of support.”

Some must be placed on ventilators. Others are put on machines called ECMOs to support their extensively damaged heart and lungs. So far, a total of 131 pregnant women in the U.S. have died, according to the Centers for Disease Control and Prevention. More than 200 have lost their pregnancies.

Just 23 percent of pregnant women are fully vaccinated against Covid-19, the CDC says. Among hospitalized women, experts say, virtually all are unvaccinated.

In total, 109,773 cases of Covid-19 have been reported among pregnant women throughout the pandemic, according to the CDC. More than 18,000 had to be hospitalized, with 490 sick enough to be admitted to the intensive care unit.

But physicians who treat the sickest Covid-19 patients tell NBC News that they are seeing a significant rise in pregnant women with the coronavirus.

“Many people don’t realize how easy it is to get this virus, how transmissible it is, and how, if you are pregnant, how severely ill you can get,” Hughes said. “Most people who are otherwise young and healthy think that they might not be as severely ill. But we have clearly seen that is not the case.”

“A lot of pregnant women are young and healthy,” Subramiam said, “until they’re not.”

Such patients often need to be placed on oxygen sooner than other patients. Lower oxygen levels can be very dangerous for a growing fetus. “You don’t have the same ability to expand your lungs when you’re pregnant,” Hughes noted.

A recent study from the University of California Irvine Health found that expectant mothers diagnosed with Covid-19 were 40 percent more likely to deliver prematurely. “To have a healthy baby, you need to have a healthy mother,” said Dr. Joseph Khabbaza, a pulmonary and critical care specialist at the Cleveland Clinic.

That study also found that pregnant women had higher rates of ICU admissions, intubation and mortality.

There are growing concerns that the delta variant may be somehow more dangerous in expectant mothers than earlier strains of the coronavirus.

“Obviously this is anecdotal, and we don’t have all of the answers yet, but some of the emerging data suggests that the delta variant may be impacting pregnant women harder now,” Subramaniam said. “We’ve had more patients in August than we’ve had in any of the two prior surges, and that’s just positive women. The concerning factor is that we’re seeing so many more that are critically ill.”

Rice, of Vanderbilt University Medical Center, has noted the same trend recently. “Pregnant women who have Covid tend to be sicker” now than earlier in the pandemic.

Did vaccine guidance come too late?

Pregnant women have been eligible to receive the Covid-19 vaccine since the shots were first authorized last December, but it has only been in recent weeks that major medical organizations and federal agencies have given full-throated endorsements of the vaccinations.

The American College of Obstetricians and Gynecologists and the Society for Maternal Fetal Medicine issued a statement recommending vaccines for pregnant individuals. The CDC updated its guidance on Aug. 11.

The delay stemmed from a lack of strong data to ensure the safety and effectiveness of the vaccine in pregnant women. The three major clinical trials on the vaccines in the U.S., from Pfizer-BioNTech, Moderna and Johnson & Johnson, did not set out to enroll pregnant women, though some became pregnant during the trials.

That led the American College of Obstetricians and Gynecologists and the CDC to encourage pregnant women to consider vaccination, but both stopped short of a full recommendation.

Hughes, who is a member of the college’s Covid-19 OB Expert Work Group, stood by the decision to wait to issue the recommendation. “I think it would have been irresponsible to say that we knew it was safe until we actually had the data to support that,” she said.

Sascha Ellington, an epidemiologist and a team lead for the emergency preparedness and response team in the division of reproductive health at the CDC, agreed. Although there was never an indication that vaccines would cause harm in pregnant women, “we didn’t have as much data as we would have liked,” she said.

Ultimately, the vaccines have been proven to be safe: Reports on more than 35,000 pregnant women found that vaccination wasn’t linked to an increased risk of miscarriage or other complications.

Still, some patients have told ICU physicians that one reason they did not get the shots was because their providers — either obstetricians or midwives — had advised against them.

The advice against vaccination is anathema to doctors now tasked with caring for this surge in sick women.

“We’ve been telling people, go talk to your doctor or talk to a trusted health care professional, and have them answer your questions” about the vaccine, he said. “We all went through medical school together. We all are in this to try and help people and do what we think is best for people’s health.”