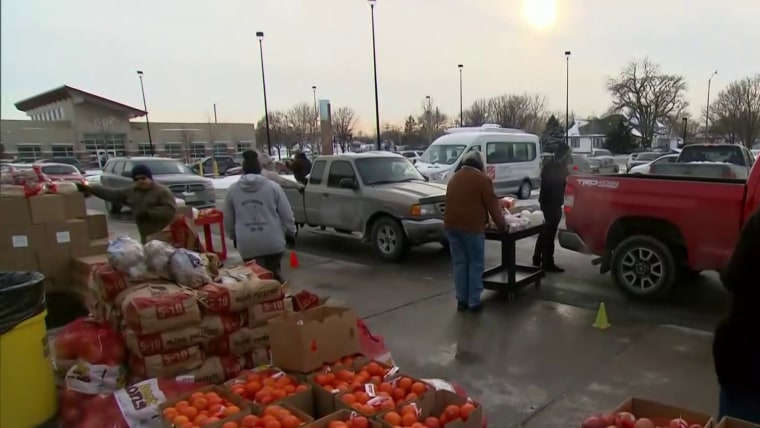 CHICAGO — The number of Latino and Black families without enough to eat climbed in 2020, the U.S. government said on Wednesday, as the Covid-19 pandemic shuttered businesses and left millions of laid off Americans scrambling to put food on the table.

Latino families with children facing hunger jumped 28% to more than one in five, according to the U.S. Department of Agriculture’s (USDA) annual Household Food Security in the United States report.

One in four Black households with children were food insecure at some point in 2020, meaning they had to skip a meal or had less to feed their families — an 18% increase versus 2019.

Overall food insecurity in America was unchanged from 2019 at 10.5%, the lowest level since the Great Recession, however.

Twenty percent of Americans received charitable food assistance in 2020, according to Feeding America, the largest non-profit network of food banks in the country.

But for Black and Latino families, as well as those in the South, hunger was exacerbated by the pandemic.

In response to the crisis, the USDA spent $4 billion on food for food banks in 2020, which served 60 million people last year, a 50% increase compared to 2019, according to Feeding America.

In 2020, the USDA also spent 20 times more than it normally does to provide school meals to students, regardless of income.

But as expanded unemployment benefits ended for all Americans on Sept. 4, some food providers fear the safety net is being removed too quickly.