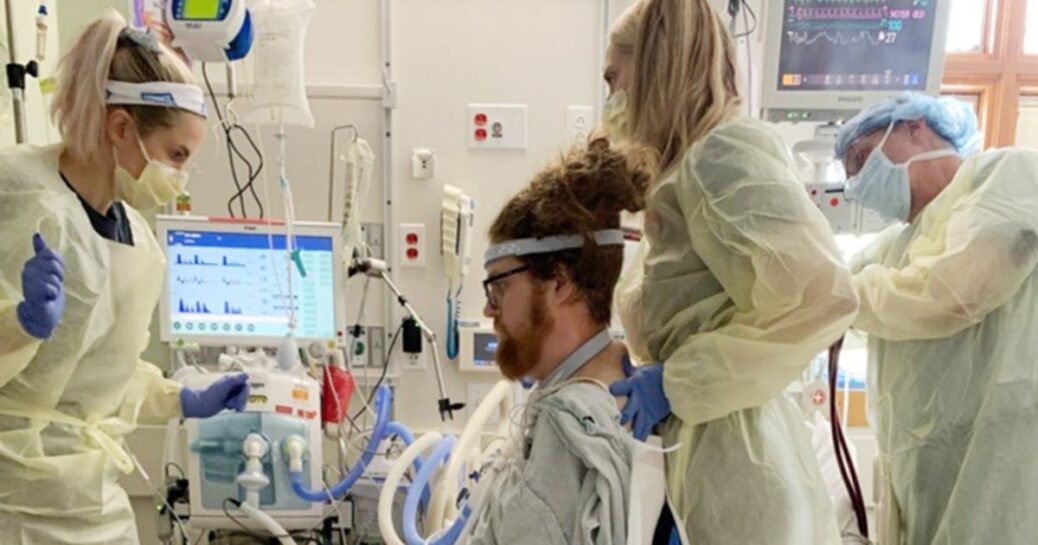 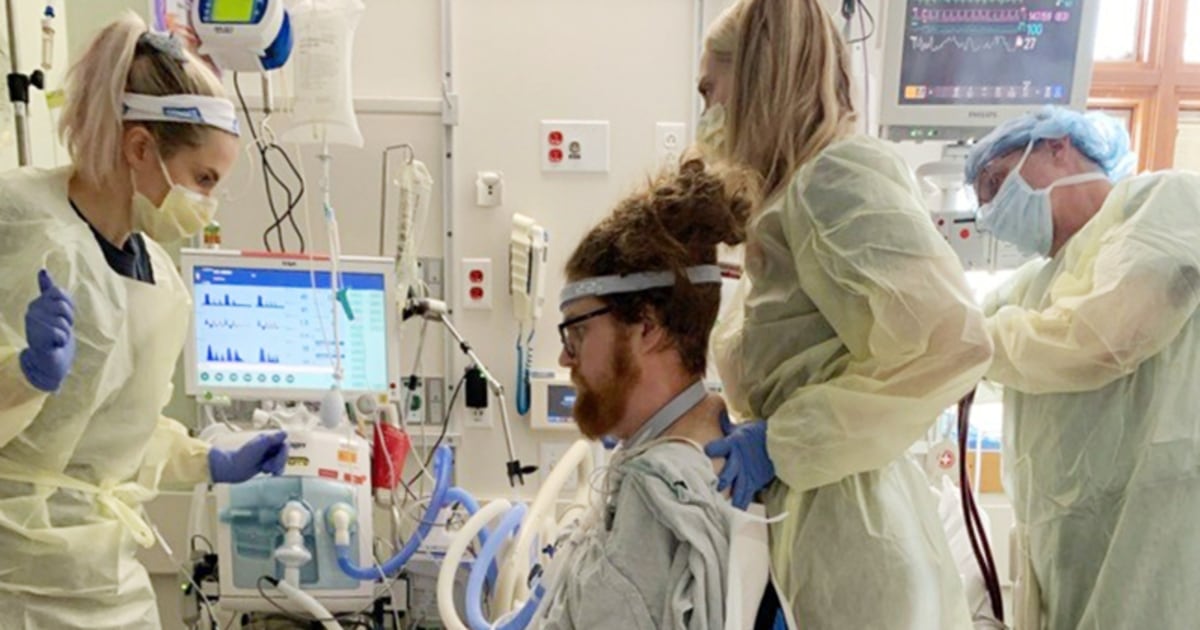 The families of two unvaccinated men who underwent major lung surgery after they contracted the coronavirus are encouraging others to get the shots and re-evaluating their own vaccine hesitancy.

A 24-year-old Georgia man who was hesitant about getting vaccinated against Covid-19 underwent a double lung transplant after months in the hospital battling the virus. His mother urges people to protect themselves and get the shots.

“I just don’t want anyone else to go through this. It’s horrific,” the woman, Cheryl Bargatze Nuclo, told NBC affiliate WXIA of Atlanta. “It’s not worth all the pain it’s going to cause you and your family.”

Blake Bargatze, Nuclo’s son, has been hospitalized since April after he contracted the coronavirus at an indoor concert in Florida. She told WXIA that days before the show, she had talked with him about getting vaccinated.

“He wanted to wait until it was out for, like, 10 years or so, kind of like a lot of the population wants it to be out longer,” she said.

After he attended the concert, Bargatze got sick and was taken to a hospital in Florida. As his situation became dire, the family had him transferred to Piedmont Hospital in Atlanta so he could be placed on an ECMO machine. The device pumps and oxygenates a person’s blood outside the body, giving the lungs and the heart a chance to rest.

Nuclo said the machine wasn’t enough to help her son recover, so he was moved to the University of Maryland Medical Center in Baltimore, where he was placed on the lung transplant list. She told WXIA that her son was in such bad shape that he was moved to the top of the list.

In June, he underwent a double lung transplant.

“He wanted the chance, he wanted to live, so we did whatever we could to have that happen for him,” she told the station.

Nuclo and her husband couldn’t immediately be reached for comment Thursday.

Days before the surgery, Bargatze got a Covid vaccination. His brother and a cousin also got the shots after they saw what he has gone through, Nuclo told WXIA.

A family in Ohio is going through a similar situation. Janelle Janatowski of Toledo said her 25-year-old son has been hospitalized for three months after he contracted the coronavirus at work.

Over the past several months, her son, Marcus Hartford, has undergone three operations, one of them to remove part of his right lung, Janatowski said in a phone interview Thursday. After having spent 81 days on an ECMO machine, he was finally removed from it on Tuesday.

Hartford remains on a ventilator and may have to undergo a double lung transplant if his left lung isn’t able to do the work of the right one.

“He’s finally moving his arms more, and he did some leg squats. They have a bed … and they put the patient on there, and it slides up and down, and they can help him do squats to get his legs stronger so he is able to stand and eventually walk again,” she said.

“He had a very long road, but he’s hanging in there,” she said.

Hartford got sick at the beginning of April after a group of people held a birthday party at the restaurant he was working at, Janatowski said.

She said her son, an award-winning executive chef in Ohio, was recruited to help the restaurant reopen after it had been closed for months because of the pandemic. He had been on the job for only about three months when he got sick.

“He just happened to be the one that got it really bad,” she said, noting that he had no previous medical conditions and didn’t drink or smoke.

Janatowski said her son hadn’t discussed getting vaccinated because his age group had become eligible only about a week before he got the virus.

Janatowski, who battled the virus herself after she got it from her son, said that she was initially hesitant about getting the shots but that she is reconsidering. Family members and close friends have also decided to get vaccinated.

Health officials across the country have been warning that young, unvaccinated people are being hospitalized for Covid-19 — and at times admitted to intensive care — at alarming rates.

According to the Centers for Disease Control and Prevention, slightly fewer than half of people in the U.S. ages 18 to 24 and 25 to 39 are fully vaccinated. The number is even lower for children 12 to 18.

Many officials are urging young people to get vaccinated as soon as they can.