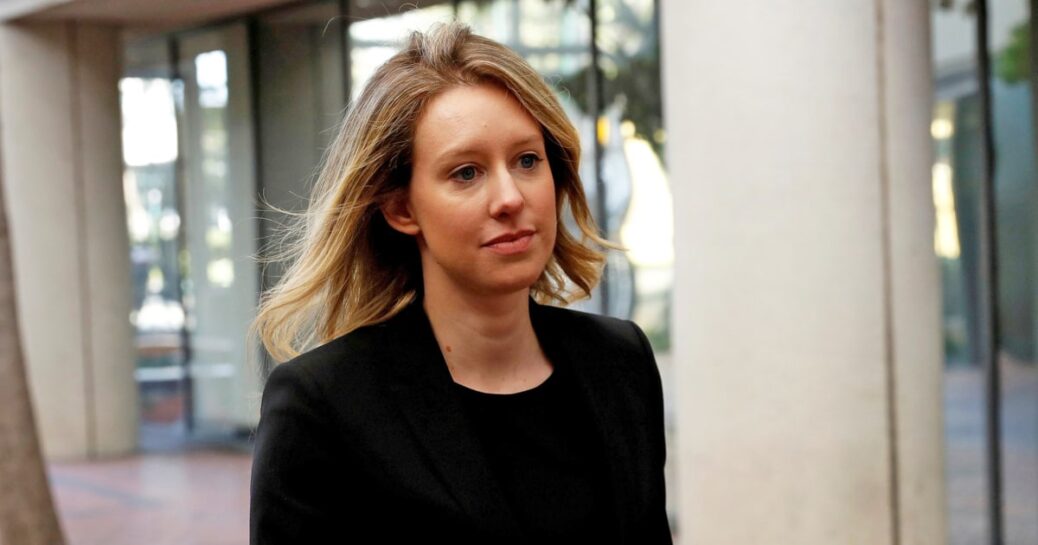 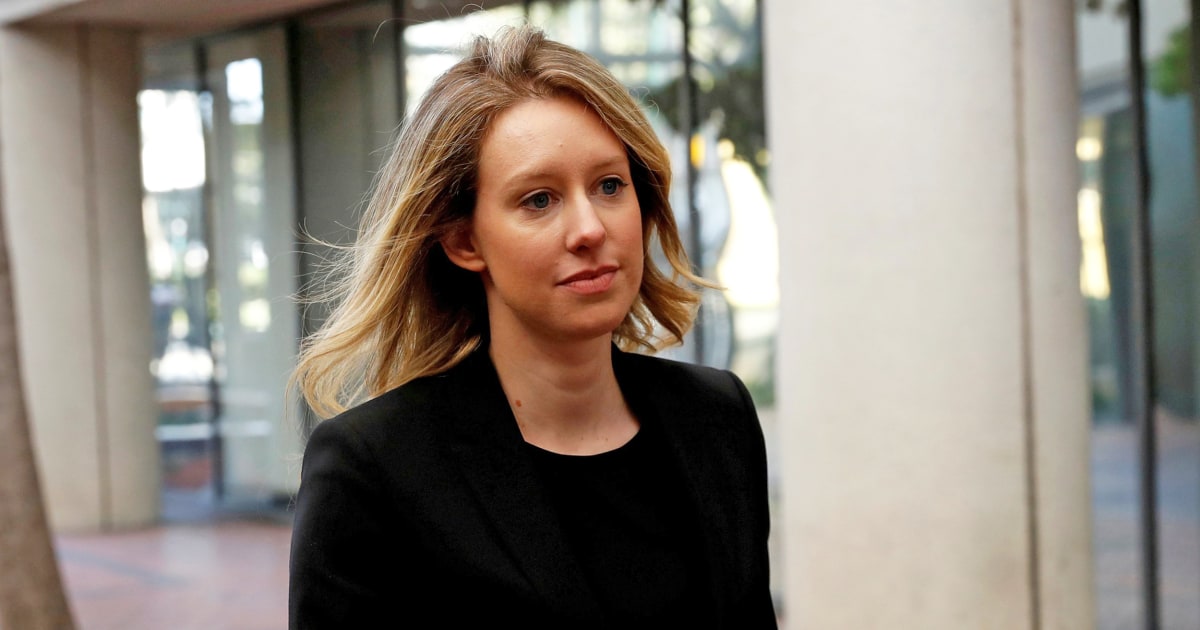 Before the doors even opened Wednesday morning for the closely watched trial of Theranos founder Elizabeth Holmes, there was a line 30 people deep that had started at midnight.

Blonde “girl boss” fans dressed in Holmes’ signature black sweaters and sporting her trademark wispy bun were among those vying to enter the tiny courtroom in San Jose, California, to watch the opening statements and to catch a glimpse of the fallen founder.

Holmes walked into the courtroom holding the hand of her new husband, hotel scion Billy Evans, with whom she has a baby boy, born just one month before the trial was set to begin. Holmes and Evans sat two rows back, with Holmes listening intently and taking notes as prosecutors began to present their case.

The trial of the former Silicon Valley billionaire comes amid a pulp fiction backdrop, with allegations of abuse and control by Holmes’ former business partner and ex-boyfriend, Ramesh “Sunny” Balwani, disclosed in court documents unsealed just days before proceedings.

Holmes and Balwani, in separate trials, face charges of defrauding patients and investors, along with 10 counts of wire fraud and two counts of conspiracy to commit wire fraud. They have both pleaded not guilty.

“This is a case about fraud, about lying and cheating to get money,” Assistant U.S. Attorney Robert Leach said in opening arguments. Every time she met an obstacle, she told a lie to get around it, he argued.

Leach walked jurors through a timeline of events, describing how Holmes dropped out of Stanford in 2003 to pursue her dream. But the technology, microfluidics, was difficult and the company struggled to live up to its stated potential.

By 2009, the company had managed to get a few contracts with pharmaceutical companies, but the work was drying up. The company was struggling to make payroll, Leach said, with Holmes on the phone with her financial adviser and bank to make sure checks cleared.

“Out of time and out of money, Elizabeth Holmes decided to lie,” Leach said.

She made fraudulent claims to Walgreens and Safeway, he said, telling them Theranos’ Keurig-sized black box device could run any blood test in real time for less than the cost of traditional labs. When the gizmo didn’t work as planned, the company switched to using outside testing labs for results — but even those were botched, he argued.

“The evidence will show the defendant told patients her tests were accurate and reliable. They were not,” Leach said. He cited the cases of a woman who was inaccurately told she was having a miscarriage and a man who was wrongly told he had results consistent with prostate cancer.

“She owned it. She controlled it. The buck stopped with her,” Leach told the court.

The defense sought to humanize Holmes, with attorney Lance Wade describing her “big ideas for changing the world” conceived at the dinner table with her parents, who had the “idea instilled in her to change the world for the better.”

“Elizabeth Holmes started Theranos at age 19 … bet her college savings on an idea she thought would transform health care,” Wade said. “For 15 years trying to make lab testing cheaper and more accessible,” with the hope that if people got tested more often they would have better information about their health, he said.

“She poured her heart and her soul into that effort,” he said. “In the end, Theranos failed and Ms. Holmes walked away with nothing. But failure is not a crime. Trying your hardest and coming up short is not a crime.”

Wade said Theranos generated nearly 8 million test results and charged patients less than competitors. He pointed to a physician in the courtroom and said doctors had given the company favorable reviews. He also cited a woman who paid to have her daughter fly to get tested and still paid less than it would otherwise have cost.

The company was granted 176 patents and created jobs, but it ultimately failed due to “business obstacles that she naively underestimated,” he said.

“The villain the government just presented is actually a living, breathing human being who did her best every day, and she is innocent,” Holmes’ lawyer said.

Holmes is on the witness list, but it is unknown when and if she will be called to testify.

“I have become convinced that she is a chameleon,” Wall Street Journal reporter John Carreyrou, who is listed as a potential witness, told NBC News. Carreyrou’s reporting in 2015 and 2016 raised questions about Theranos’ dubious blood-testing technology and ultimately led to the company’s downfall.

“She’s an incredible actress,” Carreyrou said. “She can charm people and get people to believe what she wants them to believe. So I expect her to be a very effective witness for herself. The question will be will the jurors go for it? Will the jurors buy it?”