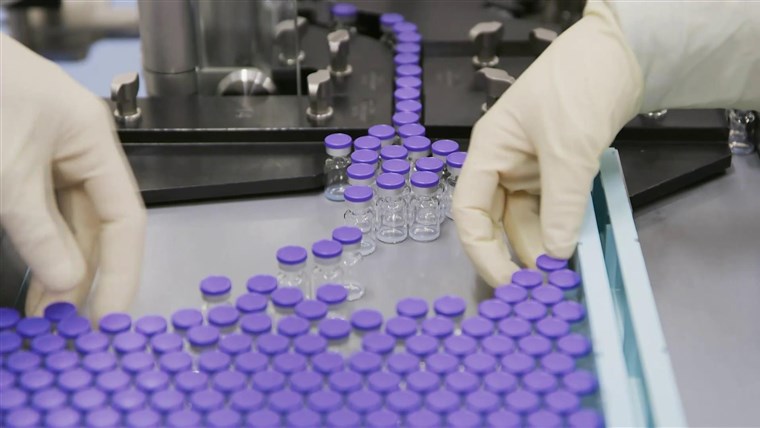 Each year when influenza season arrives, experts worry that the flu vaccine won’t match the currently circulating strains of the virus.

The results of an early-stage trial suggest that may become a thing of the past in the not-too-distant future. Researchers found in the Phase 1 trial that a universal flu vaccine, one designed to protect against all strains of the flu, sparked a strong immune response while producing no more side effects than the current seasonal flu vaccines, according to a report published Monday in Nature Medicine.

“This was the first time that a Phase 1 study in humans looked at a rationally designed vaccine that has the potential to protect against all kinds of seasonal flu, as well as a potential flu pandemic,” said study co-author Florian Krammer, a vaccine specialist and a professor of microbiology at the Icahn School of Medicine at Mt. Sinai in New York. “It shows that it’s possible to think about how to design a vaccine to get the immune system to do what you want and how to rationally design vaccines to get broad protection.”

If the universal vaccine continues to do well in the next two stages of testing required to get Food and Drug Administration approval — Phase 2 and Phase 3 trials — that could mean no more yearly flu shots, Krammer said. People would need between two and three doses upfront and then they would be protected for years, he said. Unfortunately, it could still take several years before the shots are available, mainly due to funding for the research, Krammer said.

Flu shots are not as effective as other vaccines, although even a poorly matched vaccine can lessen the risk of serious illness. In the 2019-2020 season, for example, the shots were about 45 percent effective against the two main influenza strains that were circulating, according interim estimates from the Centers for Disease Control and Prevention. The reason that existing flu shots don’t always work as well as their makers hope is that the vaccines target a part of the virus that is always mutating. For example, the version of the virus you see in 2020 is probably going to be different enough from the 2019 version, so the 2019 vaccine won’t work well in 2020.

How does the new vaccine work?

The Mt. Sinai vaccine targets a different area than current flu shots. The surface of flu virus particles is sprinkled with little prongs that look like mushrooms, or tulips: At the top, there’s a head and below there’s a stem, or technically speaking, a stalk.

For decades vaccines were designed to point the immune system to proteins on the head, which, unfortunately, are what mutate. In some ways, that strategy makes a lot of sense since the proteins in the head are what the immune system generally looks for when scouting for invaders that it will develop an army to wipe out.

The stalk, however, doesn’t change much over time, which makes it a much better long-term target for vaccines — the only drawback is that the immune system doesn’t normally pay much attention to that part of the virus. So, the challenge was to find a way to train the immune system to home in on proteins in the stalk, Krammer explained.

He and his colleagues created a “chimeric vaccine,” that is, one built from proteins from two different kinds of flu viruses. In this case, the researchers combined proteins from the head of an avian flu with the stalk from a human flu. In general, our immune systems are familiar with the stalk of a variety of human flu viruses, but they aren’t as attracted to them as they would be to the head.

“If you combine a stalk that the body has seen before with an exotic head and vaccinate with that, the body preferentially responds with antibodies to something it’s already seen, that is, the stalk,” Krammer said.

The new study, which included 66 volunteers, was mainly designed to determine whether the new vaccine would be safe. And it did show that while the vaccine sparked a strong, broad and lasting immune response, it produced only side effects like the ones people normally experience with the traditional flu shot, including fatigue, headache and muscle aches.

The new study is small, but quite encouraging, said Dr. James Cherry, a vaccine expert and a distinguished research professor at the David Geffen School of Medicine at the University of California, Los Angeles.

“They went to great lengths to look at reactions,” he said, adding that future studies will need to have a larger number of participants to verify the findings of this one.

“I think this is a great first step,” Cherry said. “And I think it will be really the future of flu vaccines.”