Ethnicity data missing on half of Covid vaccinations, CDC finds 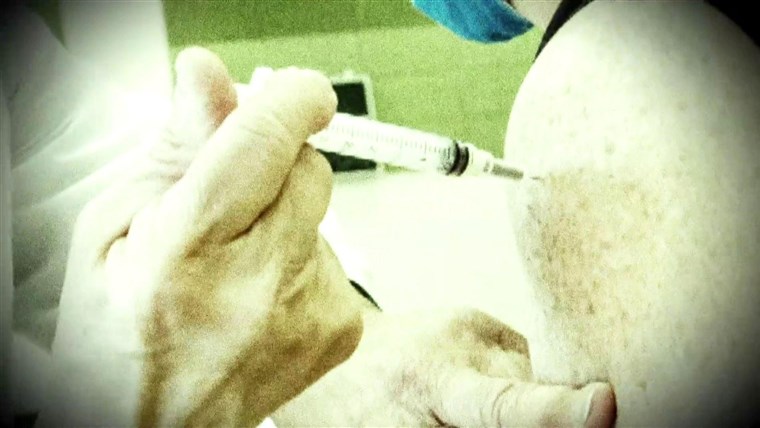 White women over age 50 accounted for a majority of the first Covid-19 vaccinations administered in the United States, the Centers for Disease Control and Prevention reported Monday.

While most health care workers and those living in long-term care facilities are women — the groups originally recommended to be first in line to get the vaccination — the report highlights racial and ethnic inequities among those most affected by the Covid-19 pandemic.

People at highest risk of infection and the most dangerous outcomes are Blacks, Native Americans or Alaska Natives and Hispanics.

Among the nearly 13 million people who received at least the first dose of vaccine between mid-December and mid-January, 63 percent were women and 55 percent were over age 50, the CDC report found.

Information on race was only available for about half of those vaccination recipients. Among those, 60 percent were white. It is unclear why the information is missing, but is likely due to a lack of demographics protocol.

“The people giving out the vaccine are not recording the race and ethnicity data,” said Dr. Marcus Plescia of the Association of State and Territorial Health Officials. “People need to realize that this is serious. We might need a mandatory field to make sure that it is filled out.”

Indeed, the authors of the report wrote, “more complete reporting of race and ethnicity data at the provider and jurisdictional levels is critical to ensure rapid detection of and response to potential disparities in Covid-19 vaccination.”

Addressing those disparities has become an “urgent priority” in the Biden administration.

“As of Jan. 30, we’re missing 47 percent of the race of ethnicity data on vaccination,” she said. “Let me be clear, we cannot ensure an equitable vaccination program without data to guide us.”

Part of the problem is lack of access and resources.

“Some of these communities that we’re most concerned about being hospitalized and dying also have less access to high speed internet” to make online vaccine appointments, said Dr. Julie Morita, executive vice president of the Robert Wood Johnson Foundation.

Morita, who also served as a former health commissioner at the Chicago Department of Public Health, added that those communities may also be limited in transportation options necessary to get to vaccination sites.

“It’s really helping them to access it and making sure that those clinics are located in the right places,” she said. Without appropriate data to determine whether the right populations are being reached, “you’re really kind of guessing.”

A second report from the CDC published Monday found large gaps in vaccination efforts between those living in long-term care facilities, and those caring for residents.

Among 11,460 skilled nursing facilities with at least one vaccination clinic between mid-December to mid-January, about 78 percent of residents got the shot, compared with just under 38 percent of staff.

“The lower percentage of staff members vaccinated raises concern about low coverage among a population at high risk for occupational exposure to SARS-CoV-2,” the study authors wrote, referring to the virus that causes Covid-19.

Vaccine hesitancy in this group is not a new phenomenon, the CDC reported. During the 2017-2018 flu season, vaccination coverage among staff members at long-term care facilities was lower than health care workers.

More recently, a survey in October 2020 found that 37 percent of nurses were not confident that a Covid-19 vaccine would be safe and effective. The unprecedented speed with which these vaccines were developed, studied and rolled out appears to be at the crux of hesitancy in this group.

Dr. Robert Atmar, an infectious disease physician and professor at Baylor College of Medicine in Houston, pointed out that it is possible long-term care facility staff members in the CDC report may have received the vaccination elsewhere, and were therefore not included in this particular report.

A third vaccine manufacturer, Johnson & Johnson, is expected to apply for emergency use this week.