Dying patients with rare diseases struggle to get experimental therapies 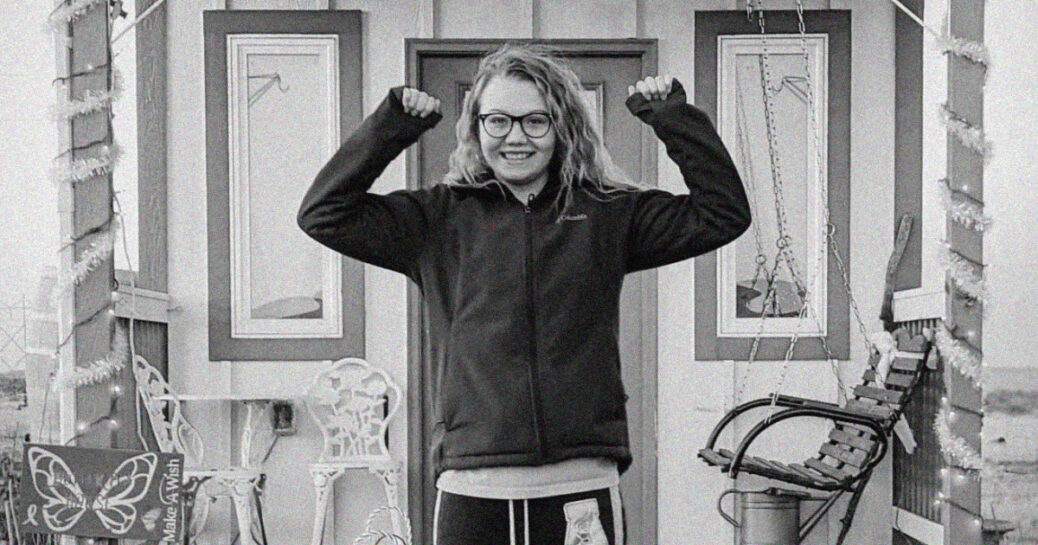 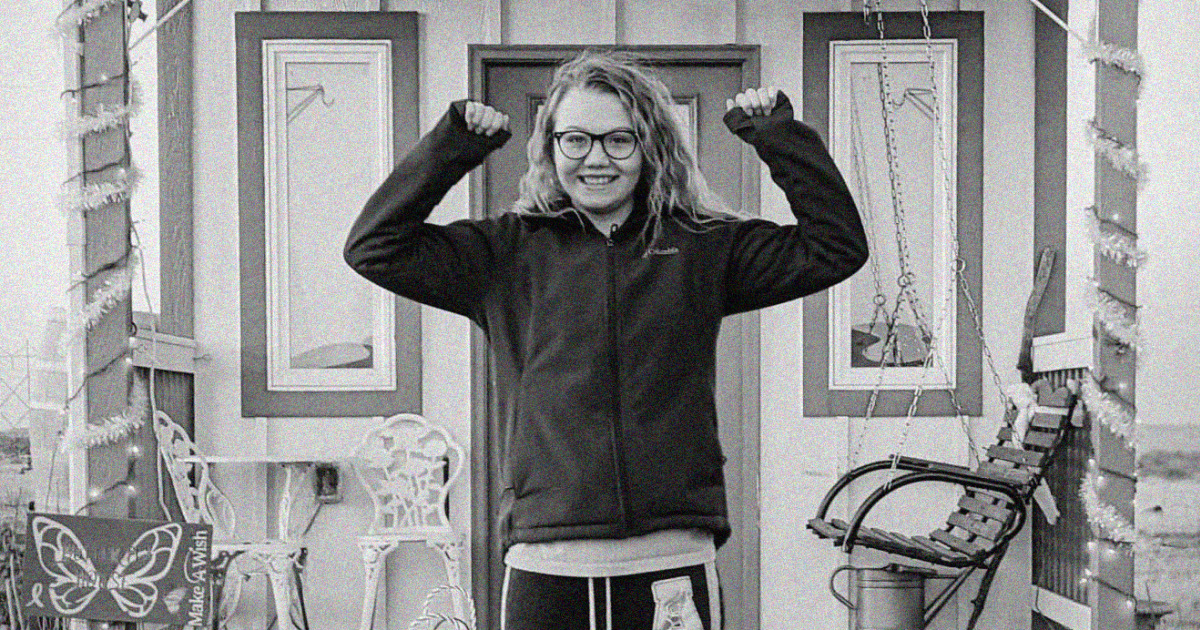 At 15, Autumn Fuernisen is dying. She was diagnosed at age 11 with a rare degenerative brain disorder that has no known cure or way to slow it down: juvenile-onset Huntington’s disease.

“There’s lots of things that she used to be able to do just fine,” said her mom, Londen Tabor, who lives with her daughter in Gillette, Wyoming. Autumn’s speech has become slurred and her cognitive skills slower. She needs help with many tasks, such as writing, showering and dressing, and while she can walk, her balance is off.

Autumn has been turned down for clinical trials because she is too young.

“It is so frustrating to me,” Tabor said. “I would sell my soul to try to get any type [of treatment] to help my daughter.”

For patients like Autumn with serious or immediately life-threatening conditions who do not qualify for clinical trials and have exhausted all treatment options, there may be another option: seeking approval from the Food and Drug Administration for expanded access, or compassionate use, of experimental therapies.

Definitive numbers are hard to find, but studies from researchers, actions by drug makers and insights from experts suggest that getting expanded access to unproven therapies for rare diseases is more difficult than for more common illnesses, such as cancer.

Even with experimental treatments on the rise, patients with rare diseases frequently face an unwillingness by drug companies to provide them before clinical studies are completed. Developing drugs for these diseases is an especially fragile process because the patient populations are small and often diverse, having different genetics, symptoms and other characteristics, which makes studying the drugs’ effects difficult.

Drug makers believe offering a drug before studies are finished could impair its development and jeopardize FDA approval.

Companies working on therapies for rare diseases, especially smaller ones, could feel those repercussions acutely, said Lisa Kearns, a researcher in the ethics division of New York University’s medical school and member of the division’s working group on compassionate use and preapproval access. “There’s not as much investment in rare diseases, so an [adverse] event could frighten the already limited number of potential investors.”

Drugs that were not made available for compassionate use last year until studies were completed include Evrysdi, for spinal muscular atrophy; Enspryng, for an autoimmune disease of the optic nerve and spinal cord called neuromyelitis optica spectrum disorder; and Viltepso, for certain patients with Duchenne muscular dystrophy.

A spokesperson for Roche, which makes Evrysdi and Enspryng and is working on a treatment for Huntington’s disease, said the decision was tied not to the type of disease but to company policy: Roche does not set up expanded access programs for any drugs until results are available from a phase 3 clinical trial. Those phase 3 studies are typically the last testing done before the company seeks drug approval.

Another company’s experimental drug for myasthenia gravis, an autoimmune disease that leads to skeletal muscle weakness, similarly was not available through an expanded access program until research was completed last year, and no programs have started for a therapy being studied in a phase 3 clinical trial for Huntington’s disease and for amyotrophic lateral sclerosis (ALS), a fatal neurodegenerative disease often referred to as Lou Gehrig’s disease.

One slight, but notable, deviation: Drug maker Biogen agreed this year to allow certain ALS patients to receive an experimental drug as early as July 15, after the testing was to be completed but before the results are known.

Dr. Merit Cudkowicz, a neurologist at Massachusetts General Hospital in Boston, has helped patients get therapies through expanded access. Since September 2018, she and colleagues launched 10 programs that seek to match people with ALS therapies being developed by drug companies, but only about 120 patients have received therapies this way. More than 16,000 people in the United States were estimated in 2015 to have ALS and most do not qualify for clinical trials because of the progression of their disease or very strict eligibility requirements.

We’re talking about patients who are going to die if they’re told to wait.

These examples contrast with some drugs for more common problems. Gleevec, for leukemia, was offered to thousands of patients through expanded access programs before the manufacturer completed the clinical studies that led to FDA approval. Videx, for HIV/AIDS, and Iressa, for the most common type of lung cancer, were similarly offered to large numbers of patients even as clinical trials were ongoing.

Doctors also report that getting experimental drugs for cancer patients is relatively simple. More than 200 physicians around the country were surveyed, and among those who applied for access, nearly 90 percent said they had secured drugs still being investigated for patients who were not responding to approved therapies.

California researchers found similar trends in a review of 23 social media campaigns launched by patients between 2005 and 2015 seeking a variety of experimental treatments. While seven of the 19 patients with cancer received early access to requested drugs, no access was allowed for three patients with rare diseases, although one of those patients was allowed to enroll in a clinical trial.

Companies base their decisions on whether to provide a therapy through expanded access on a number of factors, said Jess Rabourn, CEO of WideTrial, which helps pharmaceutical companies run compassionate use programs. In general, there should be evidence that patients can tolerate the treatment and an expectation that any benefit outweighs the risk, he said.

“This idea that you have to wait until the research is done is baloney,” he said. “We’re talking about patients who are going to die if they’re told to wait.”

Kearns explained that companies often wait until phase 3, or after, because they can be “relatively” confident of a drug’s safety and effectiveness. “They don’t want to harm patients, of course, but they also do not want to threaten the drug’s eventual regulatory approval with an adverse event in [a] very sick patient population.”

Melissa Hogan, who consults on clinical trials for rare diseases and is an FDA patient representative, attributes the lack of access to the high cost of therapies and the tightknit nature of the rare disease community, where patients and their families often set up social media groups and exchange ideas and treatment plans. Companies “know that if one patient gains access, other patients will know” and ask for access, said Hogan, who has a son with mucopolysaccharidosis type II. That could overwhelm small drug makers with little manufacturing capacity.

These concerns cause “many companies [to] just throw up their hands and take a hard line of no [expanded access] until they reach approval stage,” said Hogan.

The 2018 Right to Try law offers another option for some patients. Unlike expanded access, the law applies only to requests for medicines — not medical devices — and does not require approval from the FDA or an institutional review board, a committee that reviews and monitors people participating in research for their protection. The legislation, however, doesn’t oblige companies to grant a request.

For Cali Orsulak, expanded access may be her husband’s only option. He was diagnosed with ALS in 2019 at age 43.

“We did our best with the skill level we had to search clinical trials all over Canada and the U.S., and then Covid hit and it became increasingly difficult,” said Orsulak, explaining that they live in Canada but seek medical care in the United States. “Now that my husband has progressed, it’s even harder to get into clinical trials.”