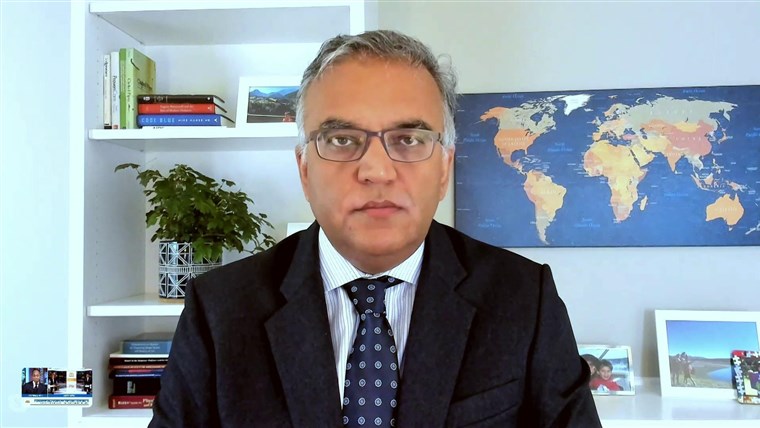 In early September, 37 volunteers received their first dose of AstraZeneca’s Covid-19 vaccine candidate at University Hospital at the University of Wisconsin, Madison.

The drugmaker’s vaccine requires two doses, given about a month apart. But just days after the trial began, it was put on hold.

Six weeks later, with the trial still paused, the participants have missed the window to receive their second dose. The researchers, it now appears, will essentially have to start from scratch.

“Several of those participants have reached out, asking, ‘What’s the deal?'” said Dr. William Hartman, principal investigator at the UW Health trial site. “We just don’t have anything to tell them.”

As many as 1,500 people were tapped to participate in the phase 3 clinical trial of AstraZeneca’s Covid-19 vaccine candidate at UW Health. As the trial remains on hold, hundreds of boxes stocked with supply kits sit untouched in a closet in the hospital’s clinical research unit. Experimental vaccines remain in a freezer, unused.

UW Health is just one of 80 sites across the United States, which were expected to enroll 30,000 participants in all. It is unclear how researchers will account for those who’ve already received the first doses.

The Food and Drug Administration has since completed its analysis of the AstraZeneca data, and the trial could resume as early as this week, according to Reuters.

The FDA, the drug manufacturer and the data and safety monitoring board must all agree on terms before continuing. The board could recommend the trial should resume, but add additional safety measures, such as extended follow-up for participants.

Each trial site records any and all side effects, reporting to the monitoring board. Those members must then analyze all of the data to determine if and when the trial should pause. Dr. Gregory Poland, director of the Mayo Clinic’s Vaccine Research Group in Rochester, Minnesota, has headed several data and safety monitoring boards in the past, though he is not involved with the AstraZeneca trial.

“Literally, I have been up at night wringing my hands because this decision rests on me,” Poland said. By design, board members take as much time as necessary to review all of the data.

“You want to be so careful and ensure that when you’re thinking about giving something out in mass to a healthy population,” Poland said. “The safety bar should — and needs to be — exceptionally high.”

Phase 3 clinical trials for two Covid-19 vaccine candidates, made by Pfizer and Moderna, are still ongoing in the U.S. Last week, Pfizer’s chief executive officer said the company would not apply for emergency use authorization for its vaccine until at least the third week of November, when it plans to have sufficient safety data.

The pauses are sure to be a topic Thursday at an FDA advisory panel meeting on the Covid-19 vaccines in development.

The AstraZeneca pause came in early September after a study participant in the United Kingdom developed a spinal cord injury.

Johnson & Johnson’s phase 3 trial in the U.S. was also paused because of an unexplained illness in a trial participant, though details have not been disclosed.

“Any potential neurologic side effect raises the red flag all the way to the top of the mast. It makes people very, very nervous,” Poland said.

Hartman said that while the pause has been “frustrating,” the safeguards are necessary.

“From a principal investigator perspective, your ultimate goal is to be part of the solution,” he said, “and a part of history figuring out a way to bring this unprecedented pandemic under control.”