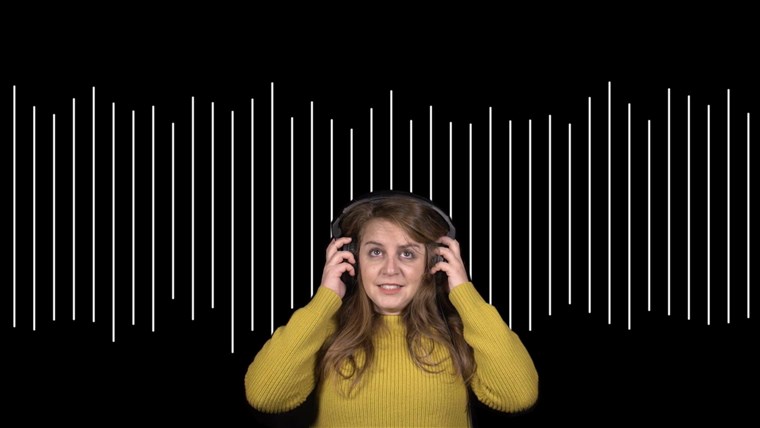 Rebecca Edgar, 29, struggles to hear her toddler when he talks to her from the backseat of her car. Most nights, she struggles to fall asleep, caught in a cycle of worry that the ringing in her ear is getting louder and recognizing that this very stress is worsening her symptoms.

“I’ve had a constant high-pitched buzzing in my ear for the past 20 years, but there is no doubt that this is the worst my tinnitus has ever been,” said Edgar, of Essex County in southeast England. “I’m deaf in one ear, and I’m so scared that catching Covid-19 could destroy what’s left of my hearing.”

Her fear may not be unfounded.

Tinnitus — a condition characterized by whooshing, ringing, buzzing and hissing noises in the ear — can be triggered by a variety of factors, including exposure to loud noises, inner ear damage and stress. And while experts say the stress of the pandemic could be linked to worsening tinnitus symptoms, there’s growing evidence that the virus itself could also play a role.

A study published Thursday in the journal Frontiers in Public Health found that 40 percent of people who had symptoms of Covid-19 reported a worsening of their tinnitus. The research included more than 3,000 participants who self-reported whether they had experienced changes in their hearing since the pandemic started. Around 250 participants reported Covid-19 symptoms, although only 26 had tested positive for the virus.

In the roughly one-third of study participants who had tinnitus before the pandemic, “a combination of lifestyle, social and emotional factors during the pandemic” appears to have made it worse, said the study’s lead author, Eldre Beukes, a research fellow at Anglia Ruskin University in Cambridge, England.

The study also identified seven participants who said they first noticed changes in their hearing when they developed symptoms of Covid-19, suggesting that hearing damage could be a symptom of the illness for some people.

The cause is still unclear, but it’s not the first time Covid-19 has been linked to hearing problems.

A study published in the International Journal of Audiology in July found that nearly 15 percent of 138 hospitalized Covid-19 patients reported impaired hearing eight weeks after being discharged. The majority of the patients didn’t report having had hearing issues before their Covid-19 diagnoses. And a case report published in The BMJ, a British medical journal, described a man in the U.K. who lost his hearing when he was hospitalized with severe Covid-19.

“A lot of viruses do affect the ear, so it is possible that being infected with the SARS-Cov-2 virus did cause tinnitus in some people,” said Beukes, referring to the virus that causes Covid-19. “However, people who go through really stressful periods can also develop tinnitus as a result of that stress.”

Indeed, research has long linked excessive stress with tinnitus symptoms. Beukes’ study found that nearly one-third of people reported stressors, including fear of getting Covid-19, financial worries, loneliness and trouble sleeping, as factors that made their tinnitus worse.

Still, other experts say stress alone can’t explain all new or worsening cases of tinnitus during the pandemic.

Although SARS-Cov-2 is a respiratory virus, what has struck scientists, doctors and patients alike is the range of symptoms — unrelated to the respiratory system — that it can cause.

One of those symptoms is loss of smell, and according to Dr. Matthew Stewart, an associate professor of otolaryngology at Johns Hopkins Medicine, the same mechanisms behind that strange symptom may also contribute to hearing loss.

When people are infected with the coronavirus, the body floods the bloodstream with platelet-making cells that usually reside in bone marrow, said Stewart, who wasn’t involved with the new study. The cells, which are larger than most blood cells, can get stuck in the tiny blood vessels of the nose. The blockages, as well as blood clots — another complication of Covid-19 — can lead to loss of nerve function in the nose, which may explain why loss of smell is a common symptom of Covid-19, he said.

“The same thing can happen in the tiny blood vessels in the ears,” Stewart said. “Just as the tissues that enable smell are damaged by Covid-19, we worry that tissues in the ear are affected, as well, and that this damage could last after the virus is gone.”

Stewart’s own research has found evidence of the virus in the inner ear. In a study published in July in the Journal of the American Medical Association, he described autopsies on three patients who died of Covid-19 and had detectable virus in the middle ear and the mastoid bone in the skull, which is also part of the ear.

Another theory is that rather than being caused by the virus itself, hearing damage could be an unintended consequence of the body’s immune system response, which can cause the body to attack its own organs while trying to fight off invaders, said Kevin Munro, director of the Manchester Centre for Audiology and Deafness in England.

“Tinnitus is sometimes the first sign of damage to the ear,” said Munro, who also wasn’t involved with the new study.

More research is still needed to determine whether tinnitus is a true Covid-19 symptom or a consequence of stress. Munro will soon begin a study that aims to better understand whether the virus directly affects the mechanisms that allow humans to hear. He also hopes to determine why some people with Covid-19 have tinnitus and others don’t and which underlying conditions may be at play.

“The number of patients with tinnitus right now are quite high, and the people presenting might need additional support,” Munro said. “We need to take them seriously, and the next thing is understanding whether or not the ear damage is psychological so we can properly treat them.”