Once a darling of the pandemic, Germany now has more than 1 million vaccines unused in storage

Home LIFESTYLE HEALTH & FITNESS Once a darling of the pandemic, Germany now has more than 1 million vaccines unused in storage 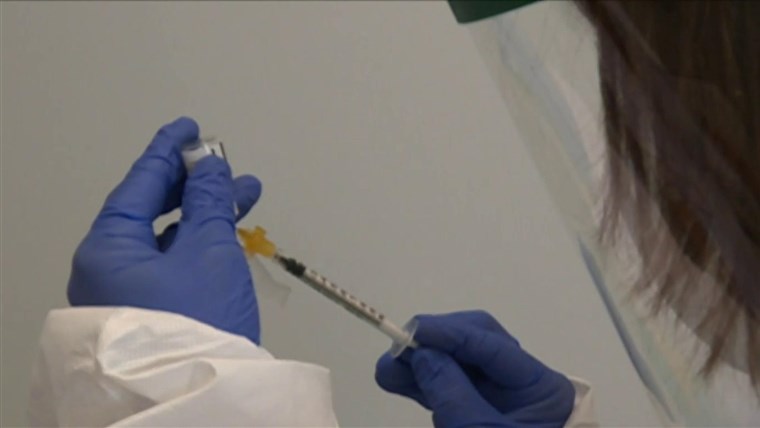 At a time when vaccines are in such urgent demand, Germany has more than 1 million unused doses sitting in storage — partly because people are reluctant to take them.

Once hailed for its coronavirus response, Germany has administered just 15 percent of the Oxford-AstraZeneca vaccine it has received, the country’s health ministry said in a briefing Wednesday.

Some officials blame shaken trust among members of the public, following statements by political leaders and incorrect press reports questioning the vaccine’s efficacy. Others point to a dysfunctional rollout plan that has failed to invite enough people to make vaccination appointments.

“We are working quite hard on this and trying to convince people to accept the vaccine and really to rebuild the trust in the vaccine in the population,” Thomas Mertens, a professor who chairs Germany’s Standing Commission on Vaccination, told the BBC on Thursday. “But this is a psychological problem, and it will take time to reach its goal.”

The vaccine rollout in the European Union has been far slower than in the United States or Britain. Leaders from the 27-nation E.U. met virtually Thursday to find ways to speed things up amid fears that new variants could bring new waves of infection to the continent. The E.U. has given just 7 shots per 100 people, compared with 20 per 100 in the U.S. and almost 28 per 100 in the U.K.

The U.K., with one of the highest death rates in the world, has been lauded for its vaccine strategy. This week, the German tabloid Bild splashed the union flag on its front page alongside the message, “Dear Britain, We Envy You.”

Yesterday, Germany’s best selling newspaper Bild had this front page “Dear Britain, We Envy You” in the wake of the troubled EU & German Vaccination program & the appalling politics of rubbishing the AZ vaccination leaving 900,000 unused so far pic.twitter.com/p9Qd9zpa7R

The U.S. has relied solely on vaccines made by its own pharmaceutical giants, Pfizer and Moderna. But these have been in far less supply in Europe, partly because the U.S. bought up much of the stock and they are also expensive and difficult to handle.

Europe has relied heavily on the vaccine made by the British-Swedish drugmaker AstraZeneca and Oxford University, which is cheaper and far easier to transport, but has not yet been approved in the U.S.

Medical regulators in some European countries, including Germany, have also said that there is not enough data in clinical trials to vouch for the Oxford-AstraZeneca vaccine’s efficacy in people over 65.

This was heavily disputed by some experts who said that while AstraZeneca’s Phase 3 trials did have a small sample size for older people, there was other evidence that the shots were effective.

Furthermore, a group of Scottish universities published a study this week suggesting that the vaccine reduced the risk of hospitalization by 94 percent — higher than the Pfizer-BioNTech shot.

The decision to restrict the vaccine to younger people has meant Germany has not been able to give the most plentiful vaccine in its portfolio to older people.

German states, which are in charge of their individual vaccination drives, have also failed to invite enough people from the second and third priority groups, which include those with underlying health conditions, according to media reports in the country.

Now, European officials are scrambling to reassure the public, as well as updating their policies.

Germany is changing its vaccination priority list so that teachers are now included in the second priority group, and Health Minister Jens Spahn has requested it be given to the police force and the army.

Spahn made a point of saying it was a “privilege” to receive the “safe and effective” AstraZeneca shot, while Chancellor Angela Merkel warned people in an interview with the Frankfurter Allgemeine Zeitung newspaper that “as long as vaccines are as scarce as they are at the moment, you can’t choose what you want to be vaccinated with.”