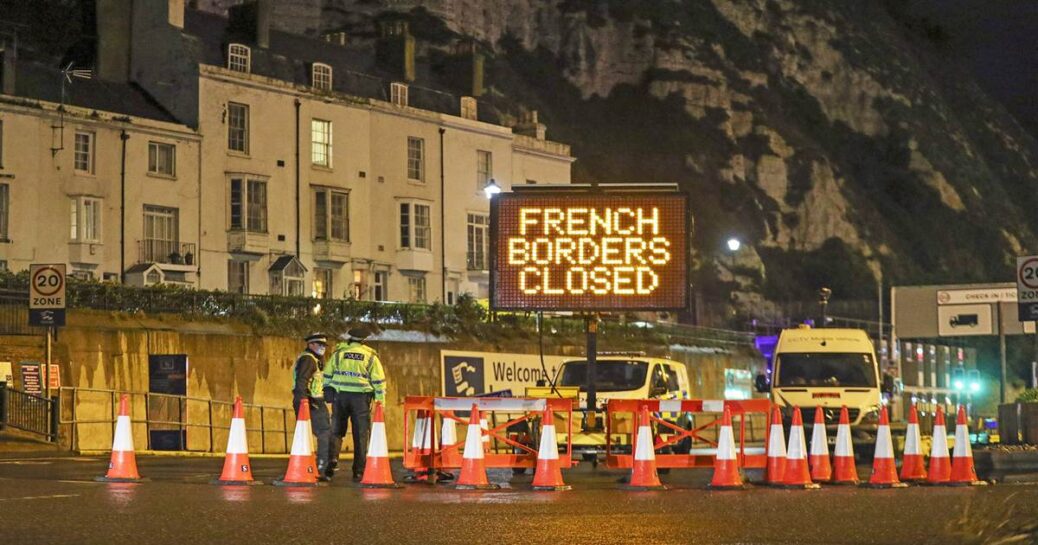 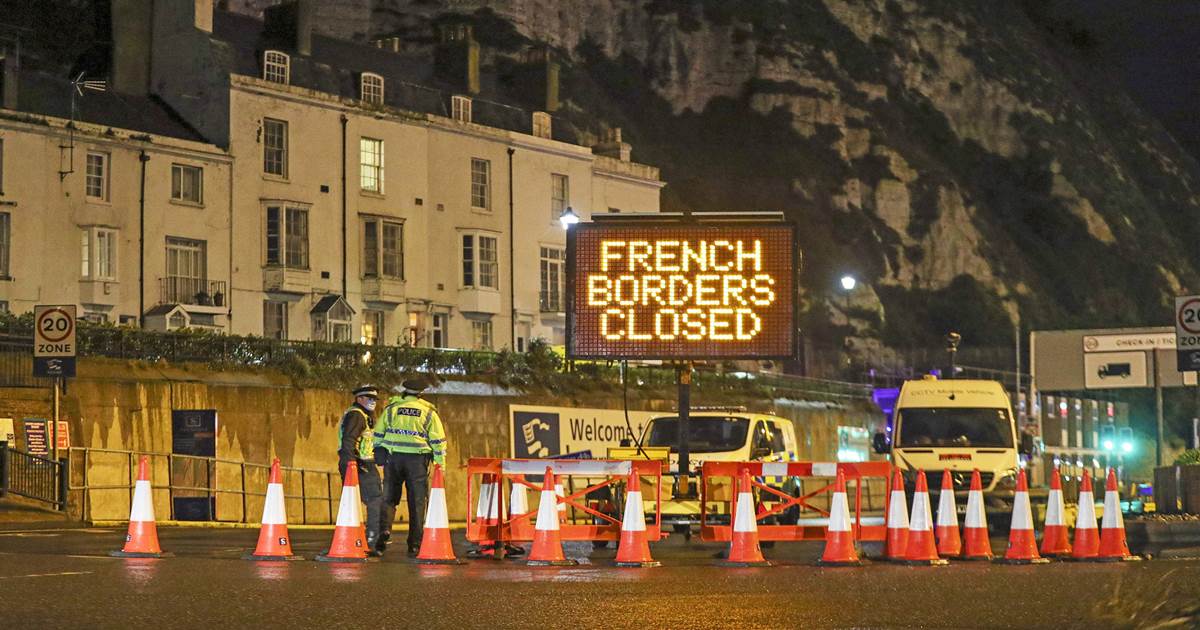 LONDON — The United Kingdom found itself increasingly cut adrift from the outside world Monday as countries took drastic action to stem a new mutant coronavirus strain from spreading worldwide.

Dozens of countries, including Canada, France, Germany, Israel, Iran, Colombia and Morocco, have suspended flights from the U.K. for 48 hours or more. Saudi Arabia has closed its borders and suspended all flights regardless of destination or origin.

Crisis meetings were scheduled in London and Brussels as officials grappled with how to respond to the variant, which experts estimate could be 70 percent more transmissible than others in circulation.

At England’s main port of Dover, already gridlocked before this weekend as a symptom of the country’s imminent uncoupling with the European Union, freight officials warned that the new travel bans could wreak havoc on supply chains of food and goods days before Christmas.

France’s transport minister, Jean-Baptiste Djebbari, moved to address these concerns, tweeting that “in the coming hours” Europe would set up health control measures to allow traffic flows to resume.

French President Emmanuel Macron, who is in isolation recovering from Covid-19, said his country might require negative PCR tests for French nationals returning home from Britain.

Prime Minister Boris Johnson said Monday that he spoke with Macron about the closing of France’s borders to traffic from Britain and that both sides wanted to resolve the issue as soon as possible. But Johnson gave no details on how Macron might relax restrictions that have halted passenger and freight transport across the English Channel.

“We had a very good call and we both understand each other’s positions and want to resolve these problems as fast as possible,” Johnson said at a news conference.

In Britain, there was already chaos on highways and in train stations and grocery stores. People have been packing on to trains to avoid new domestic restrictions announced by Johnson, and stocking up on essentials in fear of possible shortages.

Though governments around the world are racing to prevent the spread of the recently identified Covid-19 strain, that already appears to have happened with it being detected in the Netherlands, Denmark Belgium and Iceland.

Calum Semple, a professor who sits on the U.K. government’s Scientific Advisory Group for Emergencies, or SAGE, told Sky News he suspects this new strain, or one like it, will become the dominant variation around the world as it “out-competes all the other strains” in circulation.

The European Centre for Disease Prevention and Control said in a briefing Monday that it appeared the new strain “was significantly more transmissible than previously circulating variants.” It is far from the first new variant of this coronavirus identified this year, and experts say that there is no evidence it is more deadly or that vaccines won’t work against it.

What is unclear is whether the virus mutated in the U.K. or was merely detected there first thanks to the country’s world class genomic analysis facilities. SAGE scientists first warned the government about the new strain Friday, and by going over past tests say it has been circulating at least as early as September.

Other experts are being more cautious. Christian Drosten, a professor of virology at Berlin’s Charite hospital, told Deutschlandfunk radio Monday he is “not so very worried at the moment” and said that the data was too incomplete to draw such firm conclusions, according to Reuters.

The United States is not among the countries to close their borders, with officials resisting calls to follow suit. On Monday, however, New York Gov. Andrew Cuomo said British Airways beginning Tuesday will require passengers on flights to New York from the U.K. to test negative for Covid-19 before departure. Other airlines are in conversations to do the same, he tweeted.

“Today that variant is getting on a plane and landing at JFK,” Cuomo told reporters Sunday, referring to New York’s John F. Kennedy International Airport. “How many times in life do you have to make the same mistake before you learn?”

Under travel coronavirus bans imposed by President Donald Trump, most foreign nationals who have been to Europe in the past 14 days are prevented from entering the U.S. But this does not apply to U.S. citizens, legal residents or their family members under 21.

For the U.K. itself — already struggling with among the worst rates of Covid-19 deaths and the impending logistical chaos of Brexit — the closures have reduced it to a pariah state overnight.

On Saturday, Johnson performed his latest U-turn, telling tens of millions in southeast England to cancel Christmas plans days after he assured them they could go ahead.

Imposing a strict new lockdown on two thirds of the country, Johnson blamed the appearance of the new variant. But experts have been warning for a month that his plan to allow people to mix indoors for five days around Christmas would lead to more cases, hospitalizations and deaths.

Sir Keir Starmer, leader of the opposition Labour Party, was ridiculed by Johnson just last week for suggesting Christmas plans should be reviewed.

Starmer warned Monday that”the virus is now out of control: International flights have been banned, international borders have been shut and there’s now severe disruption at British ports,” he said in a video message. “Make no mistake, this is now a real emergency.”

The front page of left-wing British tabloid The Daily Mirror branded the U.K. the “Sick Man of Europe” — a label ascribed to various ailing countries since the 1800s.

And many on Twitter started referring to the country as a “plague island” — which soon became a top trending topic in the U.K.