After J&J, more people opt for Pfizer or Moderna booster 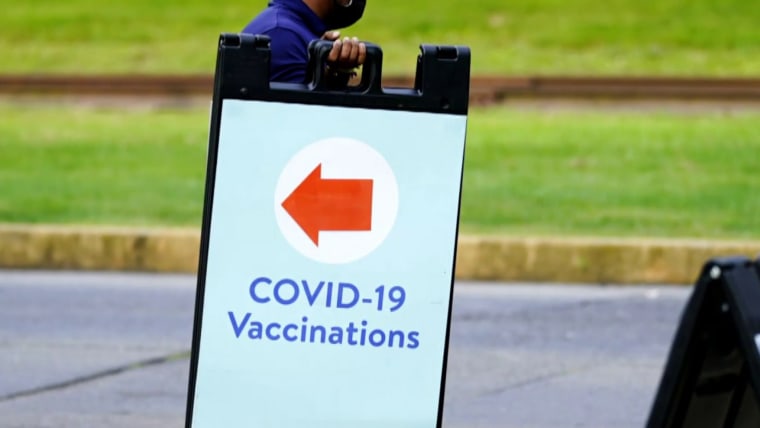 In the nearly one month since federal health officials signed off on “mixing and matching” the Covid-19 vaccine booster shot, one group has overwhelmingly opted to switch  its vaccine compared to others.

Of the almost 1 million people who had a booster after getting the Johnson & Johnson shot, about 76 percent have received a different vaccine, according to data from the Centers for Disease Control and Prevention.

Americans who received Pfizer-BioNTech or Moderna vaccinations are significantly more likely to stick with the same shot. Nearly all Pfizer recipients who went on to get a booster — 98 percent — ended up getting another Pfizer shot, and 95 percent of the 8 million Moderna recipients  who got the booster went with Moderna for their third shot.

Of the more than 26 million boosters that have been administered since the CDC and the Food and Drug Administration signed off on them, most — 63 percent — were Pfizer boosters. That tracks with the overall administration of Pfizer shots, which account for 58 percent of all Covid vaccines administered in the  United States.

According to Rupali Limaye, director of behavioral and implementation science at the Johns Hopkins’ International Vaccine Access Center, who studies vaccination behavior, the switch away from Johnson & Johnson appears to be largely driven by data that shows mRNA boosters from Pfizer and Moderna produce a stronger antibody response than Johnson & Johnson’s adenovirus booster.

“All three vaccines are fine as boosters, but the mRNA is going to produce a stronger immune response, so that’s why we’re recommending that,” she said.

A CDC study published in September found that the Moderna vaccine was most effective at protecting against hospitalization from the delta variant, at 93 percent, followed by 88 percent for Pfizer and 71 percent for Johnson & Johnson.

A separate National Institutes of Health study published last month looked at the safety and efficacy of mixing and matching the booster shot. The researchers measured antibody levels of 458 volunteers who were given a different vaccine type than their initial vaccination series. Antibody levels in people who originally received Johnson & Johnson’s vaccine but were given Moderna’s booster saw a 50-fold increase in antibody levels, significantly higher than a five-fold increase in those who received a Johnson & Johnson booster.

“One thing we have to remember is that even in the absence of boosters, we still have pretty effective Covid vaccines and they provide a lot of protection against severe infection, hospitalization and death. But now we are noticing that there are breakthrough infections which are concerning for high-risk people that can’t afford to risk getting sick,” he said.

Effectiveness may not be the only driver prompting people who were originally vaccinated with Johnson & Johnson to opt for a different booster.

Those who were originally wary of the mRNA technology early on may also be ready to adopt it now, Limaye said. (The Pfizer and the Moderna vaccines were the first ever authorized using mRNA.)

People who chose Johnson & Johnson’s single-dose vaccine out of convenience or people in transient populations who could not commit to a second dose may now be opting for an mRNA booster since the benefits can be delivered in just one booster shot.

“When the vaccines were first introduced, the Johnson & Johnson shot did have its benefits and there wasn’t as much supply, so people needed to get whichever vaccine was available,” Sobhanie said. “But now there’s more choice and we need to evaluate the data and make a halftime adjustment.”

For some, the decision to mix and match the booster may be driven by concerns about very rare but serious side effects tied to each vaccine: The Johnson & Johnson vaccine has been linked to a very slight increased risk of blood clots in women under 50, and the Pfizer and the Moderna vaccines have been linked to an increased risk of a heart condition called myocarditis, particularly for  males under 30.

“I encourage everyone to talk to their primary care physician because everyone has their own medical history that may influence which booster they get,” Sobhanie said.

Elliott Ramos is a data journalist for NBCNews.com.