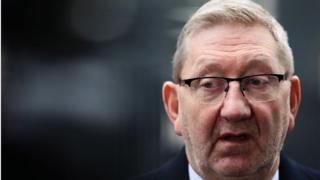 The Unite union has called on the government to say it will extend its furlough scheme or face “redundancy floodgates” opening in the UK.

Many workers can expect a “miserable Christmas” without targeted support for employers, the union warned.

The government’s furloughing programme will end on 31 October.

A Treasury spokesperson said the government has “not hesitated to act in creative and effective ways to support jobs and we will continue to do so”.

Wednesday marks 45 days before the end of the furloughing scheme, which is the same amount of time employers must give for notice of redundancy.

The Unite union said on Wednesday that without “a clear and urgent sign” from the government that it is responding to calls to extend the scheme, it fears that “employers facing short-term struggles will issue redundancy notices.”

The government has been urged by MPs, business groups, unions and political opponents to continue the furloughing programme, in which workers placed on leave receive 80% of their pay, up to a maximum of £2,500 a month.

The scheme, which has cost more than £35bn, was initially funded by the government, but firms started to contribute to wages in September after the scheme began to wind down.

Last week the Treasury Select Committee said the government should consider a targeted extension of the scheme.

In the first week of September manufacturers warned of a second wave of job cuts without an extension, and industry group the CBI said a replacement was needed to avoid a “cliff edge”.

On Monday the TUC said Chancellor Rishi Sunak should act to prevent a “tsunami” of job losses.

On Tuesday Labour leader Keir Starmer called for the scheme to be replaced.

Unite general secretary Len McCluskey said on Wednesday that a signal from the government on targeted extension of the scheme would “put a floor under struggling employers who are working hard to stabilise in the face of immense challenges”.

“With our competitor nations announcing the extension or modification of their jobs retention schemes, we ask that your government recognises the need for UK businesses and workers to receive similar support,” Mr McCluskey wrote in a letter to Prime Minister Boris Johnson.

A spokeswoman said Unite wanted to see support for sectors including manufacturing, aviation infrastructure and aerospace, and hospitality.

But in August the government plan to end the scheme was backed by Bank of England Governor Andrew Bailey, who said it was important that policymakers helped workers “move forward” and not keep them in unproductive jobs.

Prime Minister Boris Johnson has said extending the scheme would only keep people “in suspended animation”.

The government has repeatedly rebuffed the calls for an extension to the scheme, saying that it has served its purpose in cushioning the economy during the coronavirus crisis.

Chancellor Rishi Sunak has said his priority is to find new ways to protect jobs.

A Treasury spokesperson said: “The furlough scheme has done what it was designed to do – save jobs and help people back into employment”.

The spokesperson said the government has made “unprecedented interventions” including firms being given £1,000 for every furloughed worker still employed in January, business rates holidays, VAT cuts and the Kickstart scheme, which gives young people jobs experience.

“We’ve not hesitated to act in creative and effective ways to support jobs and we will continue to do so as we recover from this crisis,” the spokesperson added.

The Coronavirus Job Retention Scheme was hailed by the National Institute of Economic and Social Research (NIESR) in July as “an undeniable success in terms of keeping furloughed employees attached to their jobs,” with 9.5 million people on the scheme at the time.

But employers planned more than 300,000 redundancies in June and July as the effects of coronavirus continued to hit the economy.

Firms have continued to take staff from payrolls as they prepare for the end of the scheme.

About 695,000 UK workers have gone from the payrolls of UK companies since March.