Facebook agrees to pay France €106m in back taxes 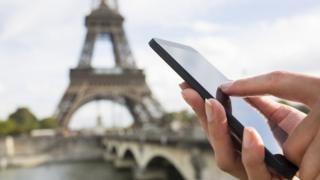 Facebook has agreed to pay the French government €106m (£95.7m) in back taxes to settle a dispute over revenues earned in the country.

The payment covers the last decade of its French operations from 2009.

“We pay the taxes we owe in every market we operate,” said a Facebook spokeswoman.

“We take our tax obligations seriously and work closely with tax authorities around the world to ensure compliance with all applicable tax laws and to resolve any disputes, as we have done with the French tax authorities.”

The social networking giant did not share details of the tax dispute, but France has been pushing tech companies to pay more tax inside the country where it is generated.

Other tech giants like Google, Apple and Amazon have reached similar agreements with the French tax authorities.

Facebook said that since 2018, it had changed its sales structure so that “income from advertisers supported by our teams in France is registered in this country”.

The BBC understands that Facebook paid a tax rate in France of 38% in 2019, which is above the statutory income tax rate of 33.3%.

In February, Facebook boss Mark Zuckerberg said he recognised the public’s frustration over the amount of tax paid by tech giants.

He added that Facebook accepted the fact it might have to pay more tax in Europe “in different places under a new framework” going forward, and backed plans by think tank the Organisation for Economic Co-operation and Development (OECD) to find a global solution to how to tax tech companies.

Facebook has been accused of not paying its fair share of tax in the countries where it operates.

Last year, France announced a new digital services tax on multinational technology firms, but in January, the country said it would delay the tax until the end of 2020.

The new tax would have required global tech giants to make tax payments equivalent to 3% of their French revenues twice a year in April and in November.

In response to France delaying the new tax, the US said it would not impose retaliatory tariffs on $2.4bn (£1.8bn) of French goods, including champagne and cheese.

The OECD is working on a multilateral agreement on how tech giants should be taxed by governments.

The UK government implemented its own tax on technology firms in April. The Digital Services Tax (DST) requires digital services operating in the UK to pay a 2% tax in connection to social media services, internet search engines and online marketplaces.

HM Treasury has stressed that the tax will remain in place until a global solution to taxing tech giants is agreed.

In June, Chancellor Rishi Sunak and finance ministers in France, Italy and Spain signed a letter saying that tech giants, like Google, Amazon and Facebook, need “to pay their fair share of tax”.

In the letter, obtained by the BBC, the four finance ministers told the US Treasury Secretary, Steven Mnuchin, that the pandemic had increased the need for such levies.

“The current Covid-19 crisis has confirmed the need to deliver a fair and consistent allocation of profit made by multinationals operating without – or with little – physical taxable presence,” the letter said.

“The pandemic has accelerated a fundamental transformation in consumption habits and increased the use of digital services, consequently reinforcing digital business models’ dominant position and increasing their revenue at the expense of more traditional businesses.”