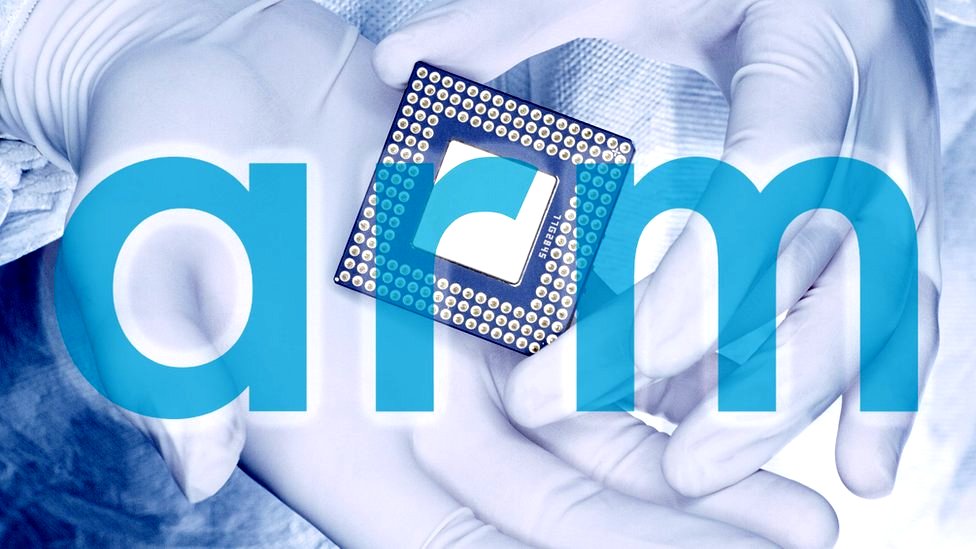 It has been struck by current owner, Japanese conglomerate Softbank, four years after it acquired ARM for $32bn.

ARM’s tech is at the heart of most smartphones, among many other devices.

Nvidia has promised to keep the business based in the UK, to hire more staff, and to retain ARM’s brand.

It added that the deal would create “the premier computing company for the age of artificial intelligence” (AI).

“ARM will remain headquartered in Cambridge,” said the US firm’s chief executive Jensen Huang in a press release.

“We will expand on this great site and build a world-class AI research facility, supporting developments in healthcare, life sciences, robotics, self-driving cars and other fields.”

This appears to address concerns that British jobs would be lost and decision-making shifted to the US. Last week, the Labour Party had urged the government to intervene.

But two of ARM’s co-founders have raised other issues about the takeover.

Hermann Hauser and Tudor Brown had suggested ARM should remain “neutral”, rather than be owned by a company like Nvidia, which produces its own processors.

The concern is that there would be a conflict of interest since ARM’s clients would become dependent on a business with which many also compete for sales.

Moreover, the two co-founders also claimed that once ARM was owned by an American firm, Washington could try to block Chinese companies from using its knowhow as part of a wider trade clash between the countries.

Nvidia has said that it intends to maintain the “global customer neutrality” on which ARM’s success rests.

ARM creates computer chip designs that others then customise to their own ends. It also develops instruction sets, which define how software controls processors.

It is based in Cambridge but also has offices across the world, including a joint venture in Shenzhen, China.

Hundreds of companies license its innovations including Apple, Samsung, Huawei and Qualcomm. To date, ARM says 180 billion chips have been made based on its solutions.

When Softbank acquired ARM, it promised to keep the company’s headquarters in the UK and to increase the number of local jobs, which it did.

Softbank’s founder Masayoshi Son described the firm as being a “crystal ball” that would help him predict where tech was heading. But losses on other investments, including the office rental company WeWork, prompted a rethink.

California-headquartered Nvidia overtook Intel to become the world’s most valuable chipmaker in July.

Until now, it has specialised in high-end graphics processing units (GPUs). These are commonly used by gamers to deliver more detailed visuals, as well as by professionals for tasks including scientific research, machine learning, and cryptocurrency “mining”.

Nvidia is also one of ARM’s clients, using its designs to create its line-up of Tegra computer processing units (CPUs).

Under the terms of the deal, Nvidia will pay Softbank $21.5bn in its own stock and $12bn in cash. It will follow with up to a further $5bn in cash or stock if certain targets are met.

Nvidia will also issue $1.5bn in equity to ARM’s employees.

Mr Huang has already said that one of the changes he wants to make is to accelerate development of ARM’s designs for CPUs used in computer servers – a rapidly growing sector.

Amazon is among companies that are already betting on the tech.

But experts say one risk Nvidia faces is that the takeover could encourage ARM’s wider client list to shift focus to a rival type of chip technology, which lags behind in terms of adoption but has the benefit of not being controlled by one company.

“If its partners believed that ARM’s integrity and independence was compromised, it would accelerate the growth of RISC-V and in the process devalue ARM.”

“This process will take months if not years with a high chance of failure,” he told the BBC.

It’s a deal which the man who founded ARM says is a disaster.

And many in the UK’s technology industry will agree with Hermann Hauser.

He opposed the 2016 sale of the chip designer to Softbank but accepted that the Japanese firm stood by its guarantees to boost employment and research in Cambridge.

But a takeover by Nvidia, one of the many firms that licences ARM’s designs, appears to pose a threat to its business model – why will its hundreds of other customers now have faith that they will have equal access to its technology?

In recent days leading figures in the Cambridge technology sector have lobbied Downing Street, calling for ministers to intervene to bring ARM back under UK ownership. There have been signs that the government is considering a more active industrial policy.

Dominic Cummings, who has talked of the need for the UK to have a trillion dollar tech company, is leading the drive for a more interventionist approach.

Now, with Hermann Hauser and others warning that this deal will make Britain a US vassal state, the government is under pressure to step in and ensure that control over vital home-grown technology is not lost to a foreign power.

More on this story