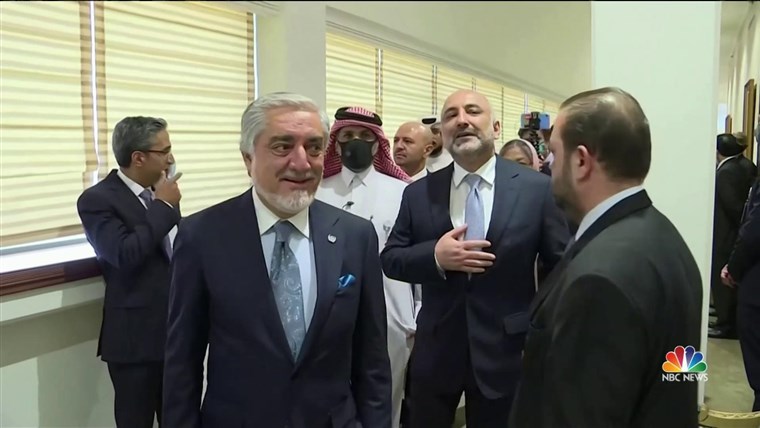 A slew of assassinations has struck Afghanistan, mainly targeting prominent women, journalists and other progressives.

The wave of targeted killings has stoked fear among Afghan intellectuals and heightened anxiety about what the future holds in the battle-scarred country.

As of Wednesday, 40 people had been killed this year, according to Afghan Peace Watch, a nonprofit research and media organization, in addition to more than 130 people in the last three months of 2020.

Fragile negotiations between Taliban insurgents and the U.S.-backed Afghan government to end the country’s decadeslong conflict are underway in Qatar, with the government pushing for a cease-fire. The violence may also present a challenge for the Biden administration as it takes office just months before a May deadline for remaining U.S. troops to leave the country.

In a confirmation hearing Tuesday before the Senate Foreign Relations Committee, Antony Blinken, President Joe Biden’s nominee for secretary of state, said the Biden team plans to bring U.S. troops home if conditions in Afghanistan allow while retaining the capacity to deal with any resurgence of terrorism in the country.

Haji Mustafa Herawi’s sister was one of two female judges mowed down by gunmen on a Kabul street this month. He has little doubt that the Taliban were behind the attack, and Afghan officials have repeatedly blamed the insurgents for the string of killings. Taliban leaders have denied targeting civilians, and they said they were not responsible for killing the judges.

“She was enlightened and had a desire to contribute to her country,” he said, his eyes welling with tears. “Their aim is to make Afghanistan free from literate and enlightened people, to throw this country back into the dark ages.”

In recent weeks, those killed in targeted attacks have included the deputy governor of Kabul, the head of a radio station in Ghor province and a women’s rights activist in Kapisa province.

“This sort of assassination campaign is focused on killing the brain of Afghanistan,” said Habib Khan, the founder of Afghan Peace Watch. “That can create a vacuum that will take decades to fill.”

A spokesperson for the Afghan Interior Affairs Ministry could not provide official data about the number of assassinations in recent months, and it remains unclear who is behind the attacks. Taliban insurgents are widely believed to be prime suspects, but other groups are also thought to be taking advantage of the chaos.

Patricia Gossman, an associate director for the Asia division at Human Rights Watch, said it was safe to say that a large number of the attacks, if not most of them, are carried out by the Taliban and that the recent wave has coincided with a sense of “triumphalism” among its commanders who feel that victory is within reach.

“While claiming not to kill civilians, they basically redefine civilians to suit their own purposes,” she said, noting that those targeted have tended to be people whom Taliban commanders associate with the government. “They’ve long said that people who work for the government are no longer civilians.”

Razwan Murad, a spokesman for First Vice President Amrullah Saleh, who recently assumed responsibility for security in the capital, said that since the United States and the Taliban signed a landmark agreement last February, the insurgents have changed tactics, replacing indiscriminate terrorist attacks with targeted killings to avoid angering Washington.

“The purpose of the IED blasts, the targeted killings and the increased violence is to pressure the Afghan government and gain advantage in the peace talks,” he said. “The Taliban want to weaken the government, but our enemy will never reach their goal.”

It is not only the Taliban, however, who are accused of killing civilians. In October, Human Rights Watch accused Saleh of trying to silence those who reported civilian casualties from a government airstrike in Takhar province. He denied the allegation.

And this month, NBC News spoke to a man who said he lost 18 relatives in an Afghan airstrike in rural Nimroz province. President Ashraf Ghani said he had instructed officials to conduct a thorough review.

Nevertheless, the assassinations of intellectuals have touched a nerve in a country that is on tenterhooks as it approaches a possible transition moment.

Orzala Ashraf Nemat, an Afghan civil society activist, said she hopes regional and international pressure will persuade the Taliban to agree to a peaceful settlement. But the recent wave of violence has made her worry for the future.

“Some of the people who are targeted are not known for having any controversial ideas. They are ordinary, simple civil society leaders,” she said.

“This is what scares people — that in the end it indicates that everyone is a target.”