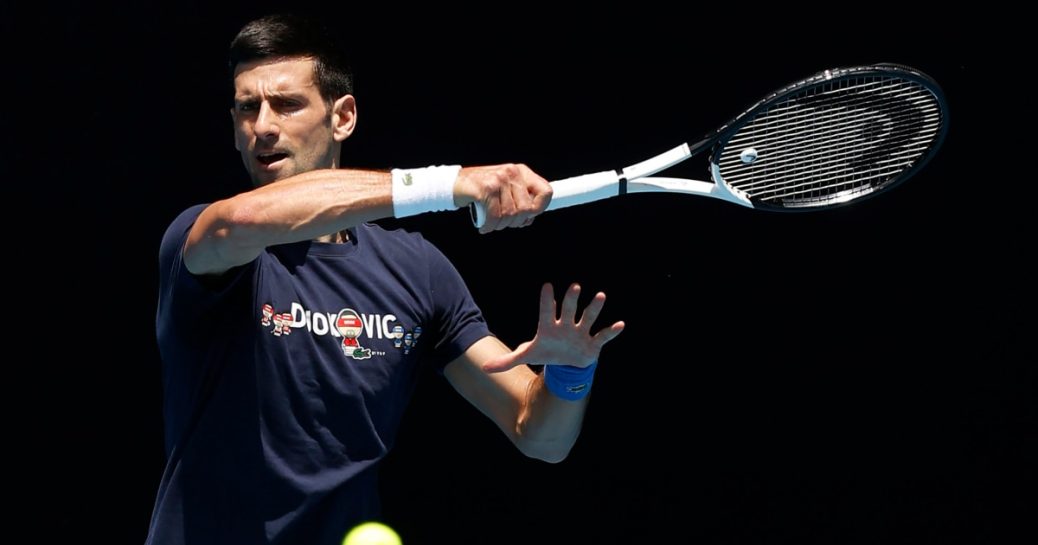 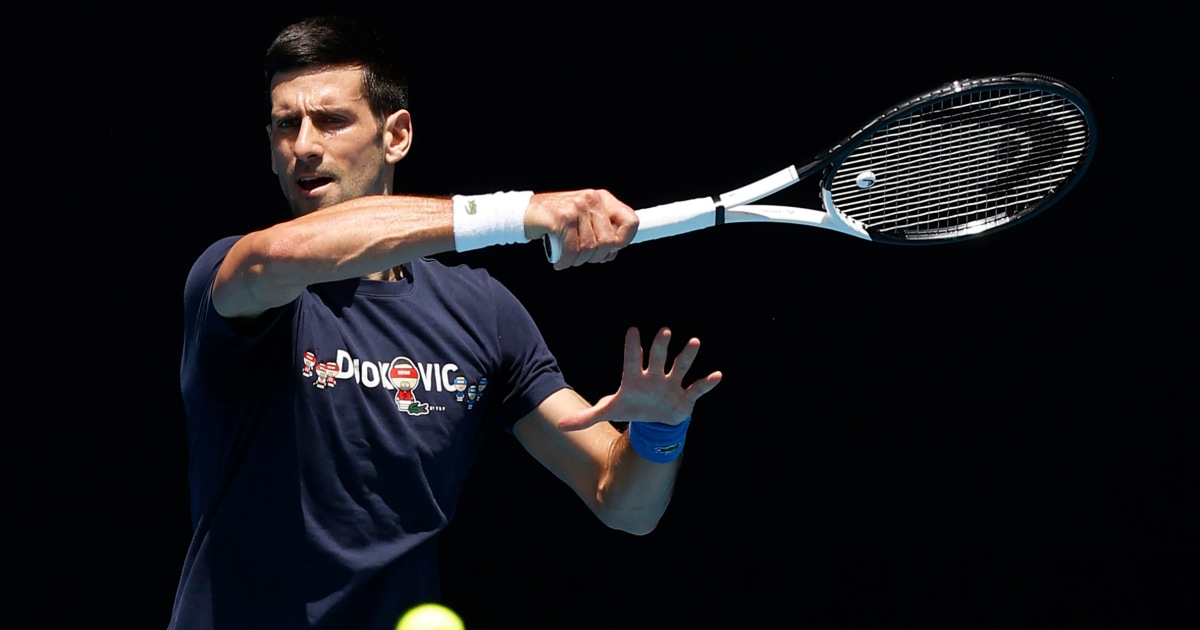 MELBOURNE, Australia — Australia’s prime minister said Thursday his government’s tough policy toward visitors who were not vaccinated for Covid-19 had not changed, as it nears a decision on whether to deport Serbian tennis star Novak Djokovic.

The men’s tennis No. 1 had his visa canceled on arrival in Melbourne last week when his vaccination exemption was questioned, but he won a legal battle on procedural grounds that allowed him to stay in the country. He still faces the prospect of deportation — a decision that is entirely at the discretion of Australia’s Immigration Minister Alex Hawke if deemed to be in the public interest for health and safety reasons.

Despite the cloud hanging over Djokovic’s ability to compete, Australian Open organizers included the top seed in the draw. He is slated to play fellow Serb Miomir Kecmanovic, who is ranked world No. 78, in the opening round.

Prime Minister Scott Morrison said Australia’s policy on Covid-19 vaccinations had not changed since the nation’s border first opened to quarantine-free travel a month ago.

Non-citizens had to prove they were double-vaccinated or “provide acceptable proof that they cannot be vaccinated for medical reasons,” Morrison said.

“That is the policy and of course we’d be expecting authorities to be implementing the policy,” Morrison said.

Djokovic is unvaccinated. His argument for an exemption is based on evidence that he was diagnosed with Covid-19 in Serbia last month and has since recovered.

Hawke has been considering the question of Djokovic’s deportation since a judge reinstated the 34-year-old’s visa on Monday.

Morrison would give no indication of how long the decision might take, with Djokovic planning to defend his Australian Open title starting Monday.

Morrison referred to Hawke’s statement on Wednesday that Djokovic’s lawyers had recently filed further documents that affected the timeframe for a decision.

“These are personal ministerial powers able to be exercised by Minister Hawke and I don’t propose to make any further comment at this time,” Morrison said.

“Most of us thought because Mr. Djokovic hadn’t been vaxxed twice that he would be asked to leave,” Joyce said. “Well, that was our view, but it wasn’t the court’s view.”

The debate over Djokovic’s presence in Australia rages against a backdrop of surging Covid-19 infections across the nation.

About half of Australia’s cases since the pandemic began were diagnosed in the past two weeks.

Victoria state, which hosts the Australian Open, on Thursday eased seven-day isolation rules for close contacts of those infected in sectors including education and transport to curb the number of employees staying away from work.

The state recorded 37,169 new cases in the latest 24-hour period on Thursday, as well as 25 deaths and 953 hospitalizations.

Ticket sales to the tennis tournament have been limited to reduce the risk of transmission.

In a statement posted to his social media accounts on Wednesday, the tennis star blamed “human error” by his support team for failing to declare that he had traveled in the two-week period before entering Australia.

Giving false information on the form could be grounds for deportation. The initial news that Djokovic was granted an exemption to enter the country provoked an outcry and the ensuing dispute has since overshadowed the lead-up to the Australian Open.

Djokovic remains in limbo before the year’s first tennis major starts Monday. The stakes are particularly high since he is seeking a men’s record 21st Grand Slam singles title.

Deportation could result in sanctions ranging up to a three-year ban from entering Australia, a daunting prospect for a player who has won almost half of his 20 Grand Slam singles titles here.