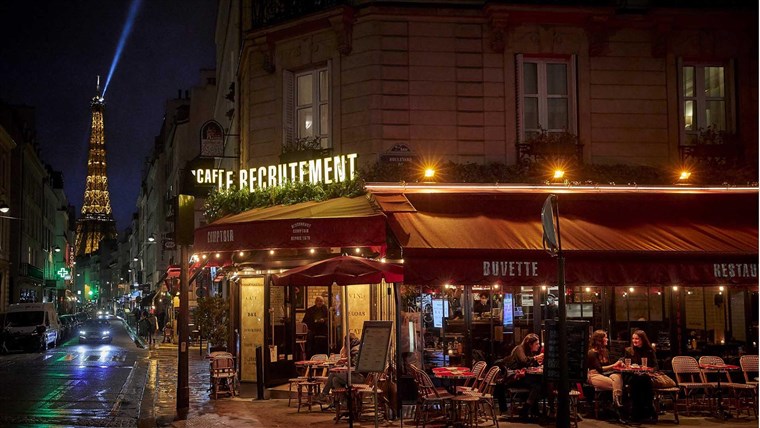 LONDON — Back in March, the mood in the United Kingdom was one of terrified simplicity.

Now — after a summer in which Johnson’s government has been accused of incompetence, negligence and hypocrisy — efforts to contain a second spike are mired in chaos.

What experts call “pandemic fatigue” is beginning to set in across the continent. But few places display greater levels of it than Britain, where Johnson’s critics accuse him of burning much of the goodwill he enjoyed in spring — thanks to months of blunders and double standards.

Cases are rising again in the U.K., as they are in France and Spain. Fearing a grim winter, those governments have reimposed some restrictions in an attempt to set a different course.

President Donald Trump referenced these spikes in one of his early morning tweets Monday.

Big spike in the China Plague in Europe and other places that the Fake News used to hold up as examples of places that are doing well, in order to make the U.S look bad. Be strong and vigilant, it will run its course. Vaccines and cures are coming fast!

Johnson announced a tiered system of lockdown measures later Monday to deal with localized spikes in infections, which returned some areas to the kind of restrictions seen in March.

Cases were rising so quickly that three emergency hospitals in the northern English cities of Manchester and Sunderland, and the town of Harrogate, have been told to get ready for a new wave of admissions, Stephen Powis, the head of the publicly funded National Health Service for England, said at a press conference Monday.

Liverpool, in the northwest of England, has been chosen to enter tier 3, containing the strictest measures such as closing pubs and bars — but no official announcement has yet been made and locals simply have to wait for some certainty. Liverpool has almost 600 cases per 100,000 people and is counting nearly 3,000 positive cases per week, up from 89 a week in September.

Andy Burnham, the mayor of nearby Greater Manchester, a region with 2.8 million people, paraphrased William Shakespeare last week by warning that “this could be a winter of dangerous discontent.”

Most deaths in Europe

Britain has the most coronavirus deaths in Europe, with at least 42,000, and one of the highest deaths-per-capita figures in the world. Public confidence in Johnson’s handling of Covid-19 has crashed from 72 to 31 percent — the lowest of any country tracked by polling company YouGov.

Anyone who is exposed to a confirmed Covid-19 carrier in Britain must isolate for 14 days. But a study led by King’s College London found that just 10.9 percent of these people have been doing so, and only 18.2 percent have been self-isolating after developing symptoms themselves.

The study said this was because people feared losing income or had to care for a family member.

This isn’t a case of people wanting “to go down the pub and have a good time,” according to Tim Colbourn, an associate professor of global health epidemiology and evaluation at University College London. “It’s because of economic necessity, family necessity, and there’s not any support in place to help them.”

The British finance minister, Rishi Sunak, initially launched a campaign to pay 80 percent of furloughed workers’ wages — unprecedented for a Conservative government. But that has been dialed back. Critics say he should be doing more as further job losses loom.

At the same time, people here can appear more blasé than they were in March, when the rules were issued with a brutal clarity: “Stay at home. Protect the NHS. Save lives” — a reference to the beloved National Health Service.

These days in London, it’s no longer rare to see friends and family members from separate households hug when greeting; cautious rule-followers can be heard to say they feel like the outliers rather than the norm among social groups; and some shop workers and customers are still ignoring rules mandating masks while indoors or on public transportation.

“Initially there was a lot of uncertainty which led to caution, and caution meant people were more likely to comply,” said Rowland Kao, a professor of veterinary epidemiology and data science at the University of Edinburgh. “But as you go forward, and people start thinking the risks maybe aren’t as great as they thought, all those phantoms go away.”

The lockdown was relaxed over the summer, as the government attempted to reopen parts of the economy. Johnson and his allies urged Brits to return to offices and pubs — even offering people cheap, subsidized restaurant meals in a popular scheme dubbed “Eat Out to Help Out.”

Weeks later when it emerged these breezy noises of encouragement likely led to rising infections, there was a sharp change in tone and policy.

The government limited gatherings to no more than six people, pubs must close at 10 p.m. and masks are mandatory in public indoor spaces. More severe measures have been implemented in parts of the English northwest, northeast, the midlands and south Wales.

The carrot of the early pandemic has been replaced by the stick of fines, starting at 1,000 pounds (around $1,300) and rising to 10,000 pounds for repeat flouters

As public trust in the government continued to fall, conspiracy theorists marched on the British capital, just as they did in Berlin last month, calling the pandemic a “hoax” and demanding an end to restrictions.

Madrid has re-emerged as one of the world’s Covid-19 hot spots. But its local authorities have resisted lockdown measures imposed by the national government, labeling them discriminatory. In Paris, new rules say everyone must wear a mask even outdoors, and all bars are closed for two weeks.

In the U.K., many also ask why people should be expected to stick to rules that government figures have been accusing of breaking.

Johnson refused to fire his top adviser, Dominic Cummings, despite him breaking lockdown rules by driving across the country. And Johnson’s own father, Stanley Johnson, has been pictured twice ignoring rules on wearing masks.

Johnson was also forced to swiftly apologize after getting his own legislation wrong, suggesting the “rule of six” restricting the size of public gatherings did not apply outdoors.

The latest flub came last week when it emerged 16,000 cases went unreported in England because of a spreadsheet error — meaning thousands of people were potentially exposed to the virus but not warned to self-isolate.

Experts are baffled by the continued problems plaguing the country’s test, track and isolate system, a cornerstone of any attempt to return to something approaching normality.

“The problem really comes from the top,” Colbourn said. “The mixed messages from the government, the lack of clear strategy and goals, and things changing all the time.”