Legend has it Tower of London must keep 6 ravens or kingdom will fall. Now one is missing.

Home WORLD NEWS Legend has it Tower of London must keep 6 ravens or kingdom will fall. Now one is missing. 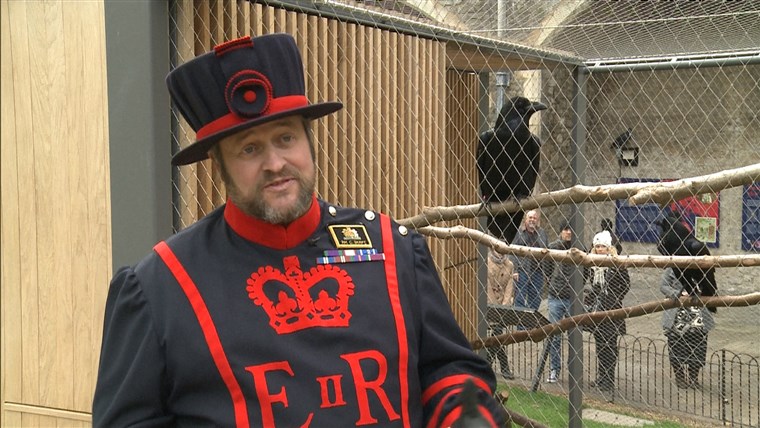 LONDON — With Covid-19 ripping through the United Kingdom, Brexit causing chaos, and support for Scottish independence growing, the British hardly need folkloric prophecies to tell them their country is in a tough spot.

Legend has it that at least six ravens must be kept at the Tower of London or the kingdom will fall. On Wednesday it announced that one of these birds, Merlina, has gone missing and may be dead.

That means the tower’s unkindness of ravens — the birds’ suitably gothic collective noun — is down to seven, so perilously close to the minimum.

“My concern is obviously looking after the kingdom,” Chris Skaife, ravenmaster at the Tower of London, told the BBC on Thursday. “Should the ravens leave the tower, a great harm will befall the kingdom, it will crumble into dust,” he said, before clarifying with a chuckle, “Of course that’s all myth and legend.”

The ravens story is usually attributed to King Charles II who ruled in the mid-1600s. Legend has it that he insisted the birds be kept in the tower after he was told it would fall if they ever left.

Dating back to 1070, the Tower of London has acted as a fortress, a prison and a palace at various points throughout history. At least one king and perhaps two young princes have been murdered inside its walls.

Today it is the home of the Crown Jewels — a collection of robes, crowns and other royal regalia whose value has been estimated in the billions of pounds — and of course the fabled ravens. It is one of the world’s top tourist attractions, with more than 3 million visitors every year in non-coronavirus times.

Skaife, who has raven tattoos on his calves and lives within the tower’s walls, has said in previous interviews that the raven myth was actually invented by the tower itself in the 1880s as a marketing ploy.

As one of the palace guards, known as yeoman warders, it’s his job to look after the birds, feeding them meat from a local market and biscuits dipped in blood.

Skaife was putting the ravens to bed just before the U.K. went into its latest national lockdown earlier this month and noticed that Merlina hadn’t returned.

She has now been missing for two weeks and her “continued absence indicates to us that she may have sadly passed away,” the Tower of London said in a statement. She was the “undisputed ruler of the roost,” it said, calling her the “Queen of the Tower Ravens.”

Six of the seven remaining ravens are named on the tower website: Jubilee, Harris, Gripp, Rocky, Erin and Poppy.

“We hope that a new chick from our breeding program will be up to the formidable challenge of continuing her legacy,” the statement said.