Harry and Meghan’s allegations are damaging, experts say. And may have a lasting impact.

Home WORLD NEWS Harry and Meghan’s allegations are damaging, experts say. And may have a lasting impact. 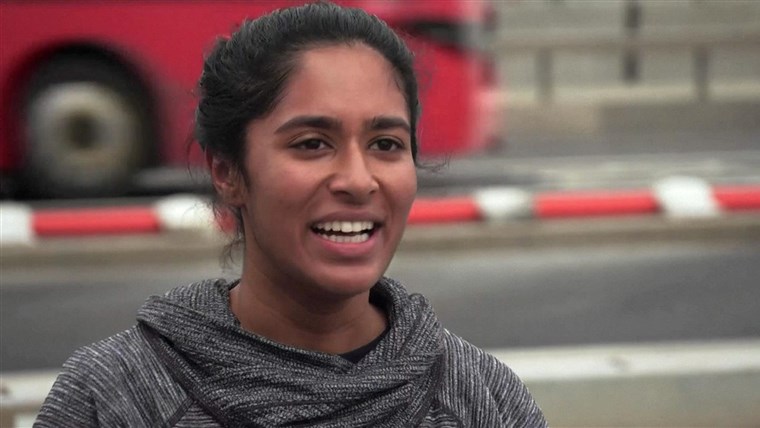 LONDON — Prince Harry and Meghan’s interview with media mogul Oprah Winfrey has done more than offer a glimpse into the royal family’s internal drama. Their comments about race and the inner workings of the royal family could potentially affect the monarchy and its work both at home and abroad.

In a clip of the interview not included in Sunday’s broadcast, Harry said racism was “a large part” of the reason the couple left the country. He and Meghan, whose mother is Black, also said in the interview that an unidentified royal insider spoke with Harry about how dark their children’s skin would be.

The palace has not responded to requests for comment.

According to the historian and royal expert Andrew Roberts, Harry and Meghan’s remarks have the potential to seriously damage the royal family and its influence.

“They have made very serious allegations, primarily of racism in the royal family which is going to be very damaging for Britain’s standing abroad for its soft power as it is called,” he said.

In the United Kingdom, there is the strong possibility the interview will cause a dip in support for the royal family, but their personal popularity needs to be separated from the monarchy’s constitutional function, according to Sarah Richardson, a professor of modern British history at the University of Warwick.

“They have had these incidents in the past, and I’m sure this interview will have an impact on public opinion and will reduce popularity of certain members, or certain elements of the institution, but I don’t see it leading to a reappraisal of whether monarchy should exist or not,” she said.

“There seems to be no appetite in political parties or even in wider public opinion to support a republic.”

The queen is the head of state and also acts as a “focus for national identity, unity and pride,” according to the monarchy’s website.

Meanwhile, Harry and Meghan’s interview has prompted questions to senior politicians on the royal family and race in the U.K.

“It’s really sad to see the family in turmoil like this,” Keir Starmer, the leader of the opposition Labour Party, told the BBC on Monday.

“For too many years, and this is bigger than the royal family, we have been too dismissing and too willing to put these issues to one side,” he added.

Other Labour politicians were more scathing in their assessment of the royal family’s ability to respond to Meghan and Harry’s claims.

“When Meghan Markle was accused of bullying, Buckingham Palace immediately announced an investigation. Now that Meghan has revealed comments about her child’s skin color, will they investigate racism in the Palace? I won’t be holding my breath,” lawmaker Nadia Whittome tweeted.

It wasn’t only in the U.K. where politicians faced questions about the couple’s allegations. New Zealand Prime Minister Jacinda Ardern was asked by a reporter whether the unflattering picture of the British royal family painted by the couple had given her pause about the country’s constitutional ties to Britain.

“I’ve said before that I’ve not sensed an appetite from New Zealanders for significant change in our constitutional arrangements, and I don’t expect that’s likely to change quickly,” she said.

Race in the U.K. has not typically been an issue the royal family has addressed, and they may have viewed it as a political topic to steer clear of, according to Halima Begum, chief executive of the Runnymede Trust, a race equality think tank. If they don’t address it now, it could hurt and undermine the monarchy, she added.

“The U.K. has come a long way on race, but clearly this raises issues that need to be addressed,” she said. “If it can take place within the walls and bounds of Buckingham Palace, it reminds us that racism is still pervasive in our society.”

Though the allegations may be damaging for the moment, experts said, the couple’s comments on race do have the potential to bring lasting change to the institution.

“This is a time when the royal family can heal us,” Begum said. “It’s a tragedy but tragedies can be turned around to foster unity.”