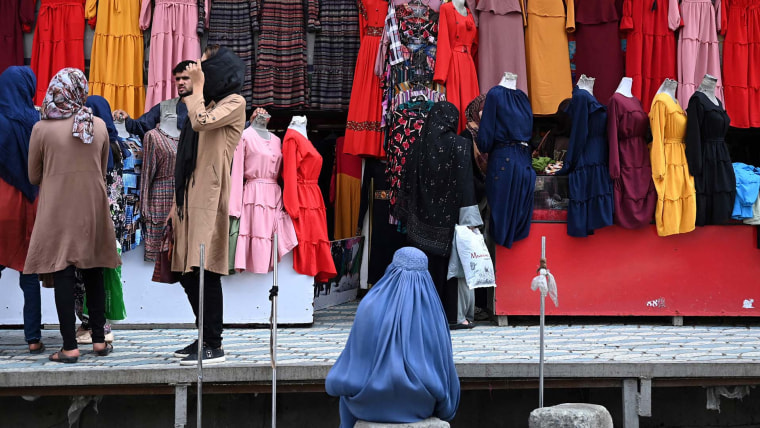 The first group of Afghans who worked for the U.S. government and faced retaliation from the Taliban for their efforts arrived in the U.S. early Friday.

The 200 Afghans flew into Dulles International Airport outside Washington, D.C., and were to be bused to an Army base in Virginia for medical screenings, officials said.

They are expected to remain at Fort Lee, about 230 miles south of Washington, for a week.

In a statement, President Joe Biden said the arrivals were “an important milestone as we continue to fulfill our promise to the thousands of Afghan nationals who served shoulder-to-shoulder with American troops and diplomats over the last 20 years.”

“These arrivals are just the first of many,” he said.

“I want to thank these brave Afghans for standing with the United States, and today, I am proud to say to them: “Welcome home.””

The newly arrived Afghans, who primarily worked as interpreters, and their families qualified for visas under the special immigrant visa program set up to help those who risked their lives for U.S. troops over two decades of war.

The Taliban have threatened and targeted Afghans who helped U.S. forces, and the former interpreters face a growing risk of retribution with U.S. troops scheduled to depart by the end of August.

The Biden administration says it plans to evacuate about 2,500 Afghans, including the 200 who arrived Friday, directly to the U.S. Officials said that the Afghans’ visa applications were nearly complete and that they had passed security checks.

“The administration expects to continue to relocate more [Afghans] over the course of the next few weeks,” he said.

Another 4,000 are due to be evacuated to third countries or to U.S. military bases overseas. The administration has yet to announce further details.

With Taliban forces gaining ground by the day, advocacy groups say the walls are closing in on Afghans with links to the U.S. or NATO allies.

Lawmakers from both parties, veterans and refugee advocates have appealed to the White House to fly out all of the about 20,000 Afghans who have applied for special immigrant visas.

The evacuation Friday marked a shift for an administration that came under bipartisan pressure from Congress and advocacy groups demanding urgent action.

“Their arrival demonstrates the U.S. government’s commitment to Afghans who put themselves and their families at great risk by working side-by-side with our service members and diplomats to build a better future for Afghanistan,” said Secretary of State Antony Blinken in a statement.

Defense Secretary Lloyd Austin said “We have spoken many times about the moral obligation we have to help those who have helped us, and we are fully committed to working closely with our interagency partners to meet that obligation.”

Kim Staffieri, a co-founder of the Association of Wartime Allies, a nonprofit organization that has pressed for a large-scale evacuation, said it was a “bittersweet moment” for the Afghans arriving in the country, as they had escaped danger but had left behind relatives and “the only home they had ever known.”