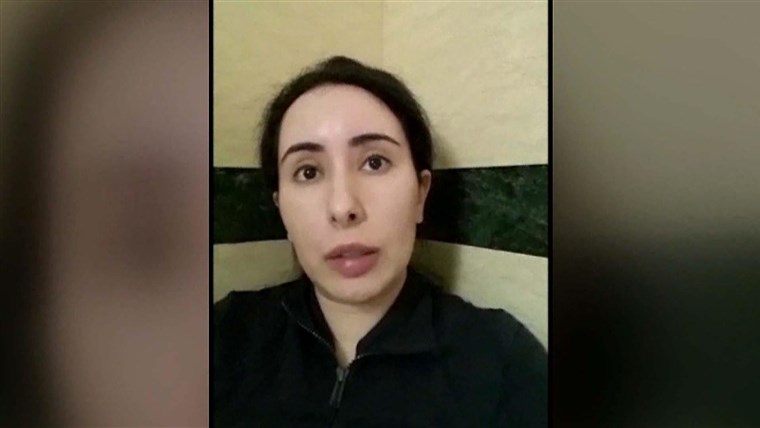 New videos purporting to show the daughter of Dubai’s powerful ruler saying she is being held against her will have placed a spotlight on human rights violations in the United Arab Emirates.

“I don’t want to be a hostage in this jail villa, I just want to be free,” Sheikha Latifa bint Mohammed Al Maktoum says in a video, one of several released by the BBC that appear to show her in a barricaded home in the UAE’s glittering city-state, Dubai.

“I don’t know what they’re planning to do with me,” she adds.

NBC News has not independently obtained or verified the videos. But a spokesman for the Free Latifa campaign, a group that has long called for her release, confirmed that two of the people behind the drive had shared the videos with the British broadcaster.

Neither her father, Sheikh Mohammed bin Rashid Al Maktoum, nor authorities in the UAE have responded to the videos.

Latifa has accused her father of holding her hostage in Dubai after she was caught trying to flee the city in 2018.

The daring escape attempt saw her drive to Oman, before she boarded a yacht bound for India. From there, she planned to fly to the United States and seek asylum. But after a week, the vessel was intercepted by Indian commandos and Emirati agents who arrested everyone on board. Latifa was eventually returned to Dubai.

Emrati officials have previously said Latifa’s case was a family affair and that she had not been detained.

Her father, who also serves as the prime minister and vice president in the hereditarily ruled UAE, is widely welcomed in Western capitals and has been pictured alongside the likes of the U.K.’s Queen Elizabeth II.

However, rights campaigners hope the new videos will not only renew pressure on the country to release the princess, but will also highlight wider abuses in the kingdom that is more often associated with sunny vacations and big business.

Kenneth Roth, executive director of the New York-based Human Rights Watch, tweeted that Dubai’s “high rises and playground reputation” should not obscure the fact that Mohammed had “locked up his daughter, Princess Latifa, for wanting to escape from his control.”

The wealthy Gulf nation detains those who criticize authorities and hundreds of activists and academics are serving lengthy sentences, in many cases following unfair trials on vague charges, according to Human Rights Watch.

Emirati laws also discriminate against women, migrants and LGBTQ individuals, the organization says, adding that the families of detained activists are also often harassed by the state security apparatus.

“There’s absolutely no freedom of expression,” said Devin Kenney, a Gulf researcher at Amnesty International. “You absolutely cannot speak without fear in the UAE.”

Hamad al-Shamsi, an Emirati rights activist, who in 2012 was among 94 people accused of plotting to overthrow the UAE’s government, said the country had been successful in using public relations to dissuade Western lawmakers and the media from highlighting abuses in the country.

“The UAE is one of the few countries that widely violate human rights and can easily get away with it,” said al-Shamsi, who lives in Turkey. In 2013, he was sentenced in absentia to 15 years in prison in the Gulf nation, he added.

Saudi Arabia’s rights record was “not worse” than the UAE, said al-Shamsi, although there has been a steady stream of coverage of rights violations in the kingdom since the brutal murder of Washington Post columnist Jamal Khashoggi in the Saudi consulate in Istanbul in 2018.

“The difference is in the PR work and lobbying,” said al-Shamsi, adding that programs like the UAE’s recent mission to Mars were part of an effort to “beautify its image in the West, despite the wide documented human rights violations.”

Last year, Ivanka Trump was among the high-profile women to speak at a Global Women’s Forum in Dubai that was attended by Mohammed, even as his daughter was reportedly detained in the same city.

“Western allies have definitely failed to give any kind of sustained attention to human rights in the country,” Kenney, of Amnesty International, said.

In the closing months of the Trump administration, officials negotiated the largest-ever arms sale between the U.S. and the UAE, worth about $23.37 billion.

At the time, rights groups called to halt the sale, pointing to Emirati links to rights abuses in Yemen, among other issues. The Biden administration has paused the arms sale as it examines the deal.

Embassies for the UAE in Washington and London did not immediately respond to a NBC News request for comment, nor did the Dubai Media Office.