Belarus courts Russia amid international outrage over ‘hijacking’ of jet 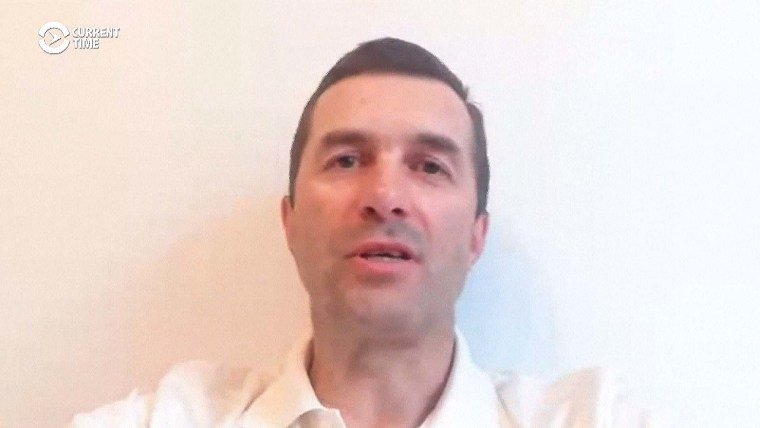 Belarus was courting its patron Russia on Friday amid ongoing international outrage over the forced landing of a commercial flight to seize a Belarusian journalist.

As the West moved to isolate the former Soviet bloc country, Belarusian President Alexander Lukashenko was set to meet Russian President Vladimir Putin in the Black Sea resort of Sochi.

The Kremlin has championed Belarus since Lukashenko, who is often referred to as Europe’s last dictator, brazenly ordered authorities to divert the commercial Ryanair passenger plane in order to arrest the prominent dissident onboard Sunday.

Meanwhile, the head of NATO said it was hard to believe that Russia was not involved in Belarus’ plane “hijacking.”

“We know the very close relationship between Russia and Belarus,” NATO Secretary-General Jens Stoltenberg told the British broadcaster Sky News. “Therefore it’s hard to believe that the regime in Minsk could do something like this without any kind of coordination with Russia.” Sky News is owned by Comcast, the parent company of NBC News.

NATO is demanding the release of the journalist, Roman Protasevich, and his girlfriend, Sophia Sapega, who are being detained in Belarus.

Protasevich was traveling aboard the Ryanair passenger plane from Greece to Lithuania when a Soviet-era MiG-29 fighter jet was nearby and Belarusian authorities flagged what turned out to be a false bomb alert to force the aircraft to land.

The move Sunday triggered a wave of international condemnation from the United States, the United Kingdom, the European Union, NATO and the United Nations.

Stoltenberg’s comments come as European Union leaders have been discussing a new round of economic sanctions against Belarus.

Lukashenko has not backed down, despite the pressure from European and U.S. officials. On Wednesday, he threatened to flood western Europe with drugs and migrants if sanctions were imposed on his country for the forced landing of the Ryanair flight.

“We put a stop to drugs and migrants — now you can have them and catch them yourself,” he said during a speech to Parliament, according to Belarusian state media.

The EU has already urged its airlines to avoid Belarus and has moved to close its own airspace to Belarusian carriers amid continued outrage over the incident.

That move led to a dust-up with Moscow over international flights.

Russia’s refusal to allow those flights to land then fueled speculation that Moscow was contemplating a ban on such flights to support Minsk.

But Kremlin spokesman Dmitry Peskov dismissed that notion during a press briefing Friday and chalked up Russia’s denial of landing rights to some foreign airlines to “technical issues” while aviation officials worked on approving new flight paths.

Russia did allow an Austrian Airlines flight from Vienna to Moscow that bypassed Belarusian airspace to land Friday, NBC News confirmed with the company.

Peskov also denied that Moscow had any involvement in Belarus’ audacious move to ground the plane to capture the dissident.

The Kremlin spokesman demurred when he was asked if Moscow was planning to do any sort of investigation into the controversial plane grounding after Poland and the International Civil Aviation Organization announced their own probes.

“President Putin will have the opportunity today to get information about the incident from the original source,” he replied, referring to his meeting with Lukashenko in Sochi.

Tatyana Chistikova is a freelance journalist based in Moscow, Russia.