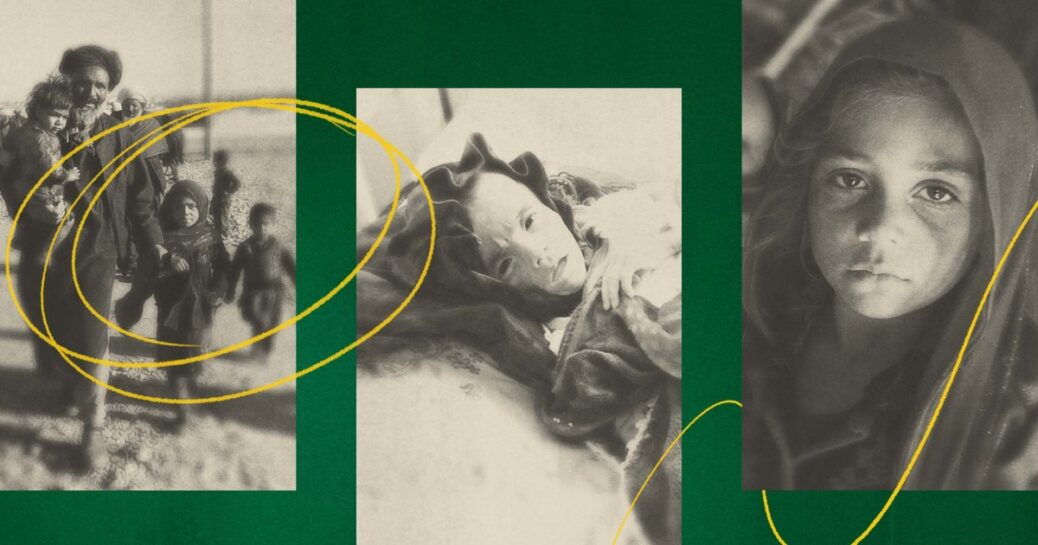 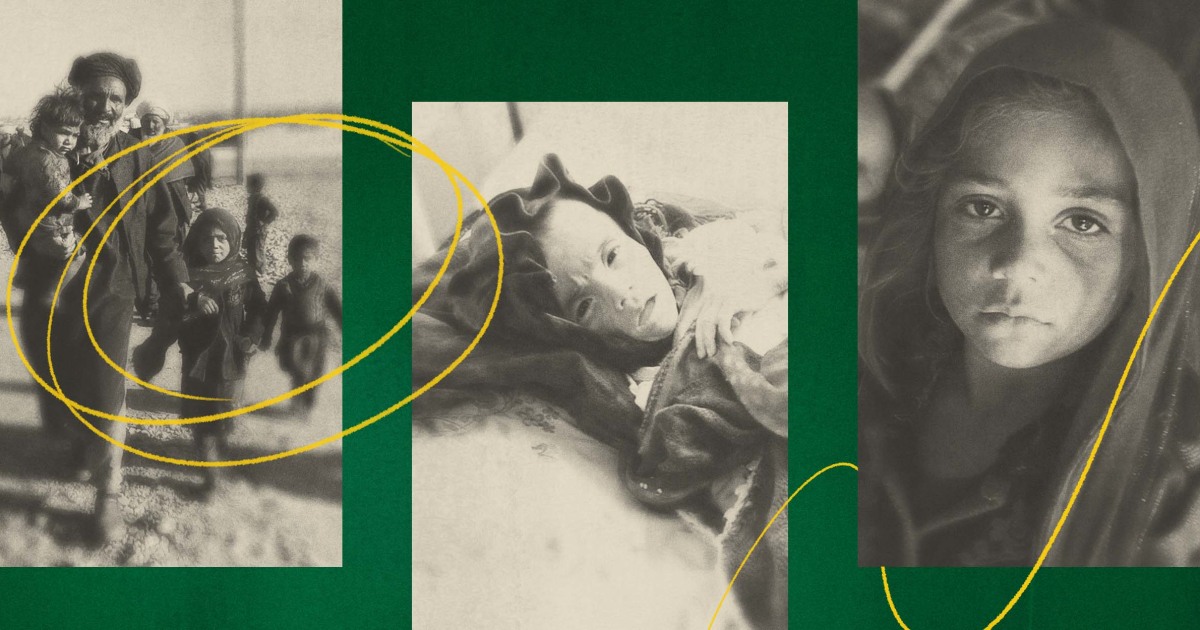 SHAIDAI, Afghanistan — Bashful, with long locks of rust-colored hair dyed with henna, Benazir fidgets with a handful of gravel when the topic of her marriage comes up.

She looks down at the ground and buries her head in her knees when she is asked whether she knows she has been promised to another family to marry one of their sons.

Her father says he will receive the equivalent of $2,000 for Benazir, but he hasn’t explained the details to her or what’s expected of her. She’s too young to understand, he says.

It is traditional for families here to pay dowries to brides’ families for marriages, but it is extreme to arrange a marriage for a child so young. And the economic collapse after the Taliban’s takeover in August has forced already poor families to make desperate choices.

The days are filled with hardships for children here in Shaidai, a desert community on the mountainous edge of Herat in western Afghanistan.

Children like Benazir and her siblings beg on the streets or collect garbage to heat their simple mud homes because they don’t have enough money for wood.

Her father, Murad Khan, a day laborer who hasn’t found work in months and has eight children to feed, looks much older than his 55 years — his face is worn with worry. His decision to sell Benazir to marriage at such a young age comes down to a cold calculation.

“We are 10 people in the family. I’m trying to keep 10 alive by sacrificing one,” he said in Pashto.

Khan said the arrangement is for Benazir to be married to a boy from a family in Iran when she reaches puberty. He hasn’t received the money yet for her dowry, and he said that as soon as he does, Benazir will be taken away by the man who bought her.

“I’ve been telling the shopkeepers I’ve sold my daughter and I will be paying them back, so they have given me some food as a loan.”

A father of a 7-year-old Girl

A combination of a severe drought that decreased livestock and farmers’ yields and the freezing of foreign aid by governments that don’t recognize the new Taliban government has pushed poor Afghans over the edge.

Promising their daughters early for marriage in exchange for cash is seen as a lifeline for families that barely have a scrap of bread to eat.

The U.N. Population Fund has warned that it is “deeply concerned” by reports that child marriage is on the rise in Afghanistan.

Henrietta Fore, the executive director of UNICEF, said in a statement: “We have received credible reports of families offering daughters as young as 20 days old up for future marriage in return for a dowry.”

‘A piece of your heart’

Benazir’s best friend, Saliha, who is just 7, has been sold for marriage for the same price, $2,000, to someone in the family of her father-in-law in Faryab province in the north.

Benazir and Saliha already have responsibilities in the community. They go to a local mosque together to collect water, a scarcity in the desert, and haul the hefty jugs together back to their homes.

Like her older neighbors, Saliha also spins yarn — pulling at a matted cloud of wool brought by traders and twisting it into neat spools of string. It takes four days to refine 8 pounds of the material, which earns her a dollar.

But the family is in debt. Saliha’s father, Muhammed Khan, says he took out loans from store owners in town.

“I’ve been telling the shopkeepers I’ve sold my daughter and I will be paying them back, so they have given me some food as a loan,” he said.

The money he makes from selling Saliha will help pay it all back and feed her four siblings.

It was a soul-wrenching decision, he says.

“Your children are a piece of your heart. If I wasn’t forced to do this, why would I do it?” he says.

Afghanistan was a poor country before the Taliban took over, propped up by foreign aid. According to the World Bank, about 75 percent of public finances were supplied by grants from the U.S. and other countries.

When the  U.S. military withdrew and the hard-line Islamist Taliban government took over, a lot of that aid money was frozen. Salaries dried up and the flow of cash came to an abrupt halt, creating a humanitarian crisis.

And things look likely to get worse as the crisis spirals, with more than half the population facing hunger and 3.2 million children suffering from malnutrition, according to the U.N. World Food Program.

The agency said it has never seen so many people facing emergency levels of food insecurity in Afghanistan, where all 34 provinces are affected.

In the relatively wealthy province of Herat in western Afghanistan, an emergency feeding center is running out of beds.

The Doctors Without Borders-run facility at Herat Regional Hospital treats the most severely malnourished babies, like tiny Farzana, who at 8 months old weighs just 6 ½ pounds. She is one of 75 babies being cared for here.

Her father is a butcher. His business has collapsed so badly that he couldn’t keep feeding his family.

Farzana lies without making a sound, a tiny, pale, bone-thin arm sticking out, and her wide eyes don’t blink.

“What we are seeing is very small kids, which are not well breastfed by the mothers because the mothers are all so malnourished they can’t produce enough breast milk to feed them,” said Gaia Giletta, Doctors Without Borders’ head nurse for pediatrics at the feeding center.

Because of disruptions to health care and aid agencies across the region, Giletta said, many kids get no primary care. For many who arrive, it is already too late — a child dies nearly every day here.

Another baby at the center, Ali, is small and pale, barely mustering up energy to cry. His mother, Smita Umar, was herself malnourished, so Ali was born too weak to suckle. At 4 months old, he has already spent three months at the center.

“My husband is a house painter,” Umar said. “But he sold his tools so we could feed the baby. Things have  got worse since the Taliban came. What little we had went to zero.”