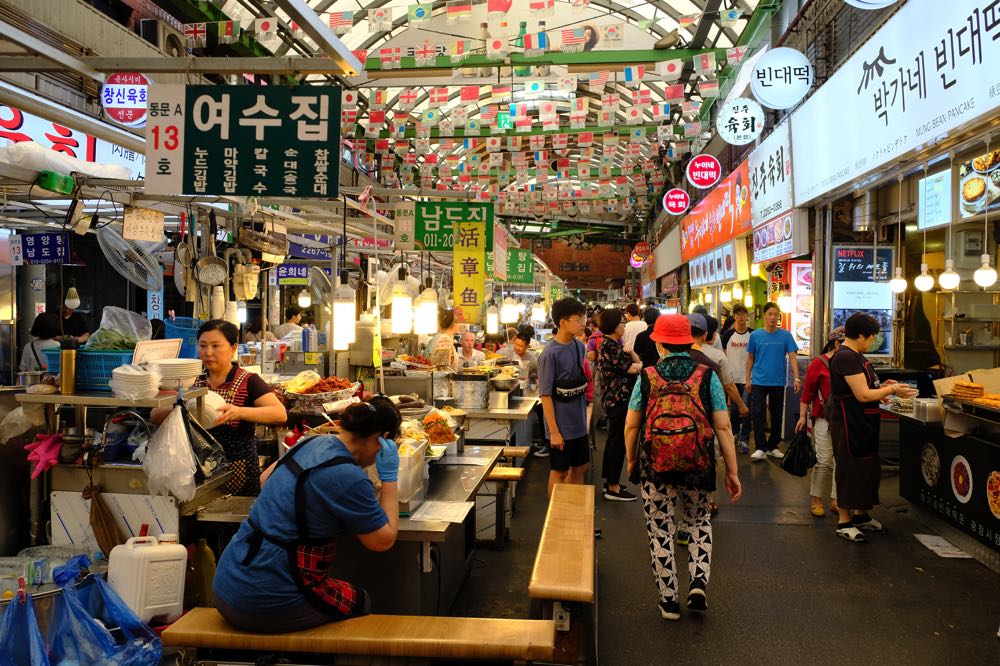 When thinking about South Korea, probably the first things that come to mind are mobile phones, K-pop, North Korea, and Netflix’s hit series, the Squid Games.

After living in Seoul as a digital nomad for a year, I discovered that there is infinitely more to that country than the few things Westerners associate with it — this is an underrated digital nomad city.

For example, did you know that Christianity is the largest religious group in Korea? Or that golf is one of South Koreans favorite leisure activities along with baseball? That the food is incredible? Or that they are absolutely in love with coffee shops?

South Korea, dubbed the Land of the Morning Calm, is an amazing place where high-tech, sci-fi-like urban landscapes mix with ancient monasteries, palaces, and traditional neighborhoods. 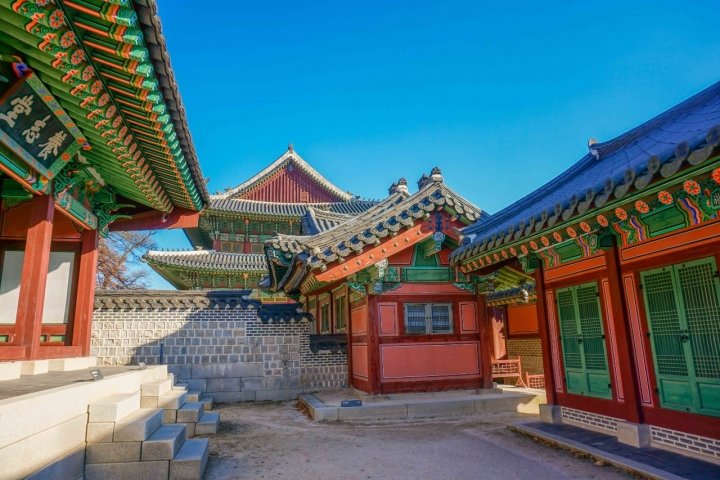 The heart of the country is the city of Seoul; its metropolitan area comprises almost half of the country’s population, with nearly 24 million inhabitants.

The city proper has circa 10 million residents; it has twice the population density of New York’s and eight times higher than Rome’s – still, the streets are clean and super safe, public transportation is amazing, and public services are efficient.

If I still haven’t managed to pique your curiosity, Seoul has one of the fastest internet speeds on the globe — which is what every digital nomad wants!

In summary, Seoul is a great city, inhabited by beautiful people, good food and drinks, high-tech amenities in a clean, green environment, all of it surrounded by amazing mountains and beaches.

The detailed guide below will contain more info about living in Seoul, South Korea as a digital nomad.

What is the Visa Situation?

Getting into South Korea on a long-term visa can prove to be tricky. The country is still very much closed to the outside world, but it is not impossible to come on a study or work visa.

There are many types of visas, and people coming from certain countries (including the US) can stay in South Korea without a visa for up to 90 days. Additionally, there are nationalities that can enter South Korea and stay for up to 30 days with a travel visa.

It is also worth investigating the H-1 visa type, that allows citizens of certain countries that have signed an agreement with South Korea to spend up to 1 year in the country, work, and travel.

Seoul, and South Korea, have relatively mild weather with 4 seasons throughout the year. While summers can get pretty hot and humid, during winter temperatures drop below 0, with February as the coldest month.

As further south you get, temperatures will be milder and there will be fewer chances of heavy snow. However, that doesn’t mean that you can escape winter altogether, but it is simply a bit friendlier.

Activities and Things To Do in Seoul

A bustling metropolis, Seoul has plenty of things to do and see, and you won’t risk getting bored no matter how long you choose to stay in town.

Each season comes with its own highlights, and Koreans know how to make the best out of their free time. Nature lovers will have plenty of opportunities to explore, hiking destinations, but also ocean-side escapes.

The Cheonggyecheon stream is a tranquil oasis in the heart of the city, in between skyscrapers and office buildings you’ll find this modern recreation area loved by both locals and tourists alike. Come here during the lantern season and have your camera ready to snap some memorable pictures.

The Palaces district is another area loved not only by tourists but also by locals, especially during the cherry blossom or the fall foliage seasons.

All 5 palaces in town are surrounded by hip cafes, Korean restaurants serving delicious local food, and traditional hanok houses, offering the perfect setting for a day in town.

Nature and sports lovers can always bike in the parks along the Han River, go hiking in Bukhansan National Park, or even go for some waters sports on the river.

Do Some Bar Hopping

For some fun and fancy moments, head to the popular Gangnam district, packed with hip restaurants, clubs and bars. 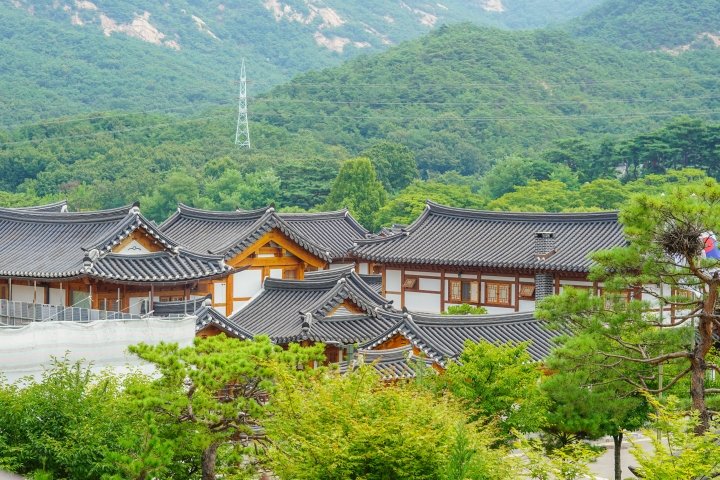 Also, there is an endless list of places to see for history buffs, starting from the central area of Seoul, temples, and palaces, but also Gyeongju – the ancient capital of Silla, or Suwon with its 18th-century Fortress.

Coffee lovers, but also photography passionate people won’t get bored exploring all the photogenic cafes in South Korea, some offer much more than just coffee.

Day Trips and Weekends Away

The South Coast with places like Yeosu, the tea plantations in Boseong, Namhae Island, or Mokpo make for great weekend destinations for sea and beach lovers.

Jeju Island is one of the most popular destinations for Koreans and foreigners alike, mainly because of its unique climate and volcanic landscape.

South Korea is extremely safe and is one of the few places in the world where you can literally leave your belongings unattended without fearing they will get stolen.

Even renting a car here is surprising in some cases: you don’t have to meet anyone and they simply leave the car with the key inside and the doors open.

However, this doesn’t mean that you shouldn’t use common sense and pay attention to your surroundings, especially during the night and in areas known for their party scene.

While hailing taxies on the street is possible, the safer and easier option is to use a taxi app, like Kakao Taxi. You can choose to pay directly in the app, and everything will be recorded.

Also, it is much easier particularly when you don’t speak Korean, because many of the taxi drivers don’t speak English and it can get complicated having to explain where you need to go, if you don’t have the address written in Korean.

Apart from that, taxies are regulated and it is illegal for a taxi driver to turn down a ride.

While people complain about the traffic here, coming from Eastern Europe I feel like driving in South Korea is a breeze. Most of the drivers here follow the rules, and the infrastructure is very good and which makes it easy to get from one place to the other.

The population of South Korea is concentrated in a few big cities, making living in the countryside relatively more affordable.

Living in Seoul can prove to be a bit complicated and expensive, especially if you are comparing the cost of living with places in nearby Southeast Asia.

With a population of roughly 10 million people, it is easy to understand why Seoul gets expensive and it can prove to be challenging to find affordable accommodation.

To put that into perspective, New York has half the population density of Seoul, while Rome has 8 times fewer people per square meter.

Another option worth looking into when you don’t have to be in Seoul is staying close to a train/subway station in one of the towns close to Seoul.

Suwon is roughly 1 hour away from Seoul, conveniently placed in the subway line number 1, and at over 1 million inhabitants you cannot call it small.

If however, you choose to stay in Seoul, I suggest staying away from the areas popular with foreigners (such as Itaewon or Hannam), if you want to save money.

Additionally, Gangnam is one of the most fashionable and hype areas in town, but also the most expensive place when it comes to accommodation.

Hongdae, Sangam, Mangwon, or DMC, are all great areas with relatively more affordable prices and great connections to the city center.

How to Find Apartments in Seoul

If you are planning to stay for a longer period in South Korea, and want to rent a long-term apartment, there are certain things worth considering.

Currently, the market is very competitive in Seoul, with prices that went up consistently in the past years. Additionally, you don’t have the luxury to think too much after seeing an apartment, because apartments are usually rented on the same day.

Other things worth knowing when looking for an apartment in Seoul:

4. Most long-term apartments come unfurnished, but it is possible to find furnished ones as well.

5. You can expect pretty high energy costs, especially during summer.

6. Garbage is collected separately and each “gu” (district) has its rules and regulations.

The easiest way to find an apartment when you first get to South Korea is through VRBO or Airbnb. Even so, at a simple search on Airbnb, you will notice that it is challenging to find a studio apartment below 1 million won per month ($830 USD). 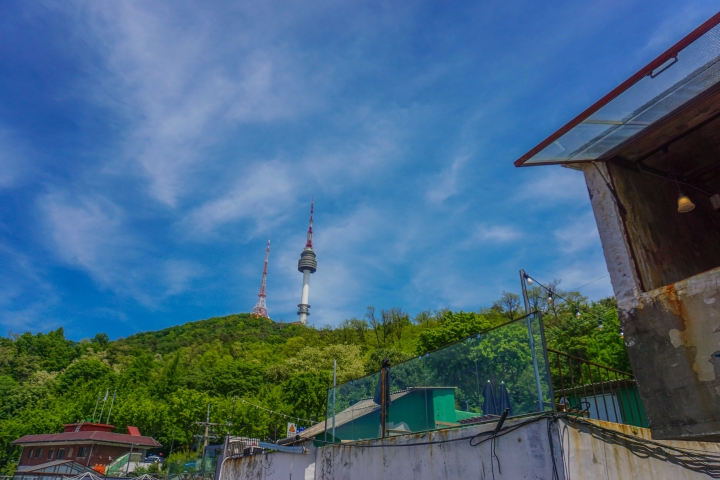 The internet connection in South Korea is one of the fastest in the world with an average speed of 215Mbps, making it the perfect destination for digital nomads looking for a place where they can work from anywhere.

Free internet is available on buses, trains, and in any café or restaurant.

While culturally Koreans work a lot from the office, there are also plenty of co-working spaces available in big cities like Seoul or Busan.

WeWork is one of the most popular co-working spaces, with 18 buildings in Seoul and 2 buildings in Busan. They offer cleaning services, high-speed internet, printing, office supplies, free coffee, and much more.

As you can expect, all these things come with a price, and this is for sure not one of the cheapest co-working options available on the market.

FastFive is another option that offers more than 20 locations across Seoul, but it might be a little more difficult to navigate since their website is only in Korean. Their interior design is simple, colorful, and fun, and their buildings are conveniently located close to subway stations.

What is the Cost of Living in South Korea?

The cost of living in South Korea can vary so much depending on where you choose to stay, with the largest part of the cost being the rent.

Rent in Seoul can set you back anywhere between 1 million won (roughly $830 USD) for a one-bedroom apartment, to up to 8 million won ($6600 USD) or even more for bigger luxury apartments or houses in popular areas such as Gangnam, Yeonhui, or Yeouido.

The budget is approximately 100 USD for public transportation, 50 USD for a mobile phone subscription, and around 100 USD for a co-working space.

Eating out in Seoul can be both extremely cheap, and very expensive.

Eating at a local restaurant in a less touristic area can cost around 7 USD while having lunch at a café can be around 15 USD (including coffee).

Street food at the local market can be as cheap as 2-3 USD, but you can also expect to pay around 50 USD for a meal in many traditional or bbq places.

Fruit and vegetables can be really expensive as compared to other places in the world, but shopping at the local market instead of from the supermarket will help you save on that as well. 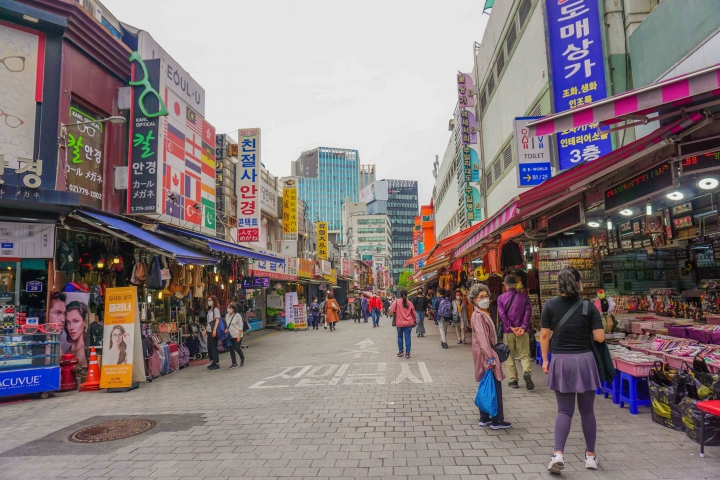 Pros and Cons of Living in South Korea

Like any place in the world, living in South Korea, and Seoul in particular has both pros and cons.

Pros of Living in Seoul:

Cons of Living in Seoul:

South Korea has gained a lot of popularity in recent years and has managed to emerge from the shadow of places like Japan or cheaper destinations in South East Asia.

With lots of things to offer culturally, fantastic cuisine, and super fast wifi, spending a few months living in South Korea and exploring the country should be on any digital nomad’s bucket list.

The post Digital Nomad Guide to Living in Seoul, South Korea appeared first on Goats On The Road.