While mainland America struggles with covid apps, tiny Guam has made them work

Home TOP STORIES While mainland America struggles with covid apps, tiny Guam has made them work 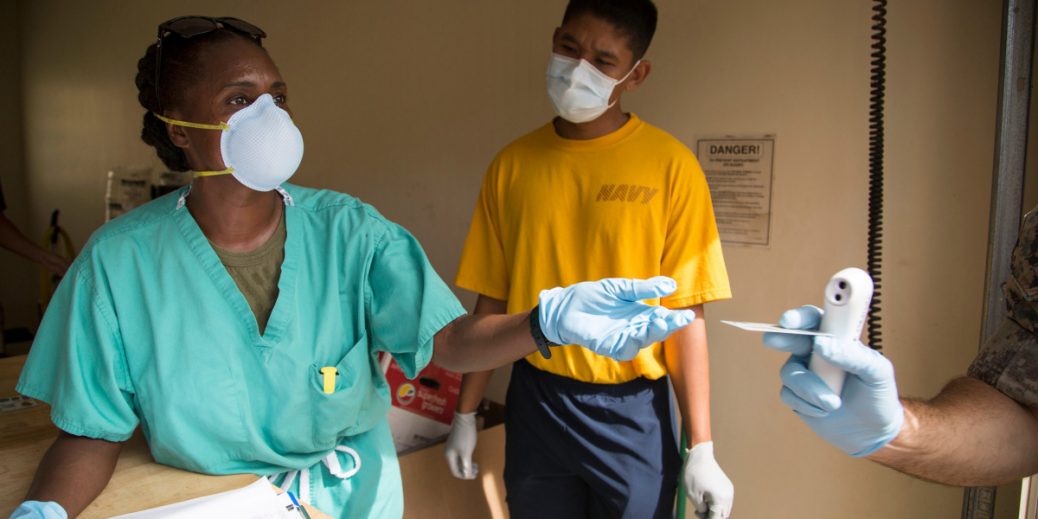 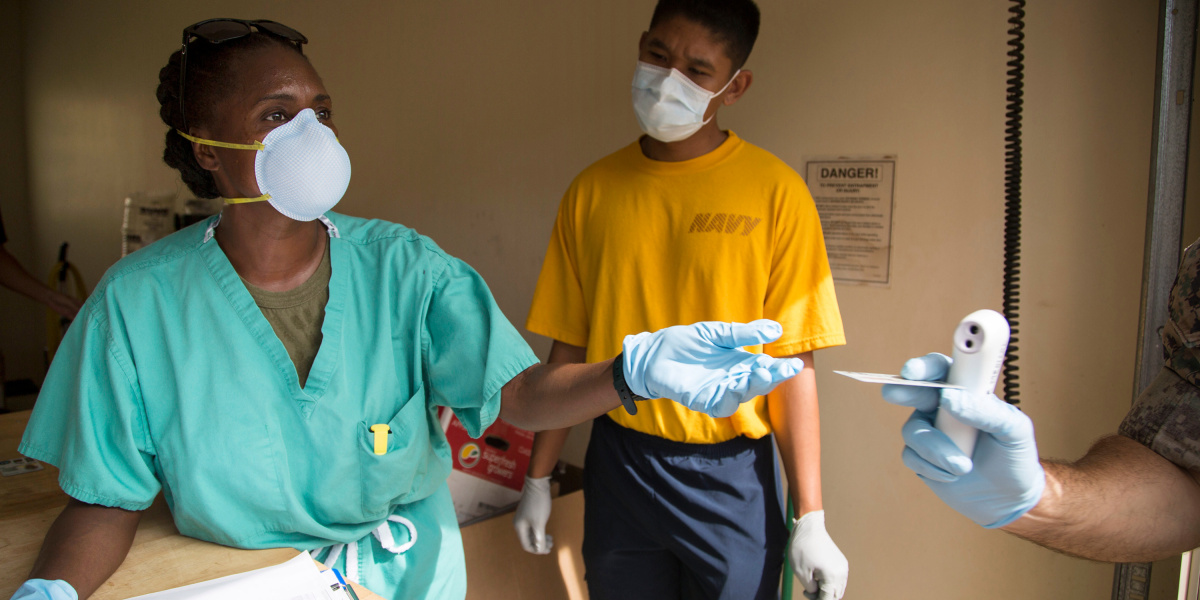 As covid-19 cases spiral out of control in the US, states are scrambling to fight the virus with an increasingly stretched arsenal. Many of them have the same weapons at their disposal: restrictions on public gatherings and enforcement of mask wearing, plus testing, tracing, and exposure notifications.

But while many states struggle to get their systems to work together, Guam—a tiny US territory closer to the Korean Peninsula than the North American mainland—may offer clues on how to rally communities around at least one part of the puzzle: smartphone contact tracing.

With no budget, and relying almost entirely on a grassroots volunteer effort, Guam has gotten 29% of the island’s adult residents to download its exposure notification app, a rate of adoption that outstrips states with far more resources.

Guam diagnosed its first covid cases in March, but a few weeks later, it gained international attention—and a much bigger case load—when a covid-stricken US Navy ship was ordered to dock at the Naval base on the island. Sailors who tested negative were quarantined in local hotels and forbidden from interacting with civilians.

Having so many positive cases on the island drove home how vulnerable the island really was—but it also created a lot of new volunteers looking for ways to help out.

Around the same time, Vince Munoz, a developer at the Guam-based software company NextGenSys, got a call. The island was being offered a partnership with the PathCheck Foundation, a nonprofit that was building government contact tracing apps. Munoz immediately saw an opportunity to help his community fight this new threat.

“It is something you do to help other people,” Munoz says. “It empowers you to help reduce the spread of the virus.”

Digital contact tracing is a potentially low-touch way for health departments to reduce the spread of covid-19 by using smartphones to track who’s been exposed. And even if exposure notifications aren’t the panacea many technologists hoped for, new research suggests that breaking even a few links in the chain of transmission can save lives.

So Munoz’s team of volunteers connected with PathCheck—which was founded at MIT—and they started building an app called Covid Alert. Like the majority of America’s exposure notification apps, it uses a system built by Google and Apple and uses Bluetooth signals to alert people that they’ve crossed paths with someone who later tests positive. From there, they are urged to contact the island’s local health authorities and take appropriate action. Everything is done anonymously to protect privacy.

After several months of testing and tweaking, the app was ready. But it was still missing an important piece: users. After all, any contact tracing app needs as many downloads as possible to make a difference. Munoz knew just the people to build buzz: the Guam Visitors Bureau. Tourism is massively important to the island, which gets more than 1.5 million visitors each year—almost 10 times the local population. In pre-pandemic times, the bureau helped tourists plan trips to Guam’s “star-sand beaches.” Staff jumped at the chance to help.

With assistance from Thane Hancock, a CDC epidemiologist based on the island, and Janela Carrera, public information officer for the Guam Department of Public Health and Social Services, the team started building a marketing campaign.

“Because we didn’t have any funding, we decided to do a grassroots campaign,” says Monica Guzman, CEO of Guam-based marketing company Galaide Group, who works with the bureau. “Guam is a very small community. We’re all either related or neighbors or friends.”

While PathCheck and Munoz’s development team worked on building the app, the Visitors Bureau began reaching out to community groups and nonprofits to build awareness. It hosted Zoom calls with organizations, schools, and cultural groups across the island with the message that the app could help suppress the virus, if enough people were willing to “be a covid warrior.”

“The schools, the government agencies, the media, they all jumped on board,” Carrera says.

Together, these efforts are part of what ethics researchers at the Swiss Federal Institute of Technology recently called the “piecemeal creation of public trust.” To get people to use a novel technology like exposure notification, you have to reach people where they live and get buy-in from community leaders.

It takes a village (on WhatsApp)

Once the app was ready to launch in September, it was time to get the word out.

The day before the official launch, Visitors Bureau marketing manager Russell Ocampo sent a message about the app to Guam’s notoriously large and unruly WhatsApp groups. That message ricocheted around the island, resulting in almost 3,000 downloads immediately. “I received it back like 10 times from other people,” he says.

A further 6,000 people signed up the next day during a press conference, including the governor, who downloaded it while live on the air.

The effort received a show of support that many US states and territories could only dream of. All three major telecom companies on the island sent free texts encouraging people to download the app. A local TV station, meanwhile, ran a two-hour “download-a-thon,” to try driving uptake. The show featured performances by local musicians, interspersed with information about the app, including debunking myths about privacy and other ongoing concerns. Viewers were offered the chance to win $10,000 in prize money, much of it donated personally by Guam Visitors Bureau members and others who worked on the app, if they could prove they downloaded the app during the program.

The Guam Visitors Bureau has offered other cash prizes for government agencies whose employees rack up the most downloads. And small businesses, eager to get the economy back on its feet, have offered give-aways to customers — one shopping center is offering a box of chocolates to visitors who download the app.

But, crucially, has the app worked? Despite a successful launch, Guam’s covid-19 response has faced major challenges overall. Many people, especially those from minority ethnic groups who came to Guam from other Pacific islands, live in multi-generational, overcrowded housing, often with limited access to healthcare and even basic hygiene tools like municipal sewage. The health department recently launched door-to-door testing in these neighborhoods, and found positivity rates as high as 29%.

At the beginning of April, the governor’s office projected that the virus could kill 3,000 people—almost 2% of the island’s population—over the next five months. That dire prediction has yet to come true. As of Monday, Nov. 30, 112 people have reportedly died of covid on the island. Overall, the territory’s trajectory has been typical of America itself: Cases remained low through most of the summer, before ticking steadily up through the fall and spiking in early November.

While a large proportion of residents have downloaded the app, one major challenge has been getting people to upload positive test results. This is in part because people are often in shock when they first receive the news about their diagnosis, according to Janela Carrera, the health department officer.

Contact tracers call everyone who tests positive, and part of their script involves recommending that people upload their positive result: That’s how the app knows to send (anonymous) exposure notifications to people who’ve been near each other. But that first call can feel extremely stressful, and it’s not a great time to suggest they try out a new app or go through the process of entering a special numerical code that kicks off the chain of notifications.

“Especially if they’re symptomatic, they may feel like, ‘oh my gosh, I may not make it through this,’ or ‘I might be infecting others in my home.’ So [contact tracers] follow up with them a few days later, once they’ve had a chance to recuperate, and offer the code then,” Carrera says.

Clearly, though, some people are uploading the codes. “I’ve had co-workers tell me, ‘Janela, oh my God, I got a notification!’” Carrera says. Ocampo himself received one in October, and quarantined for 14 days.

This is boosted by the fact that when public health workers do their door-to-door testing, they offer information about how to download the app. At the same time, other strategies, often shared through multilingual PSAs on local radio, may be more effective for people in these communities, who often don’t use smartphones for anything more than texting, according to Munoz.

Zimmermann says: “Because Guam cares a lot about privacy and making sure their systems are safe, their app doesn’t have any kind of analytics or logging,” like whether users actually learn how the app works after downloading it or whether they pay attention if they receive an exposure notification.

Still, while the team launched the app hoping to achieve a 60% download rate based on an early mathematical model, there’s now evidence that even a much smaller portion of the population using it may have a positive impact.

Munoz, for one, hopes the app will help take pressure off health officials doing labor-intensive outreach like door-to-door testing.

“Manual contact tracers have a very difficult job. They can’t keep up with everyone who tests positive,” Munoz says. “Any little percentage helps.”

This story is part of the Pandemic Technology Project, supported by the Rockefeller Foundation.