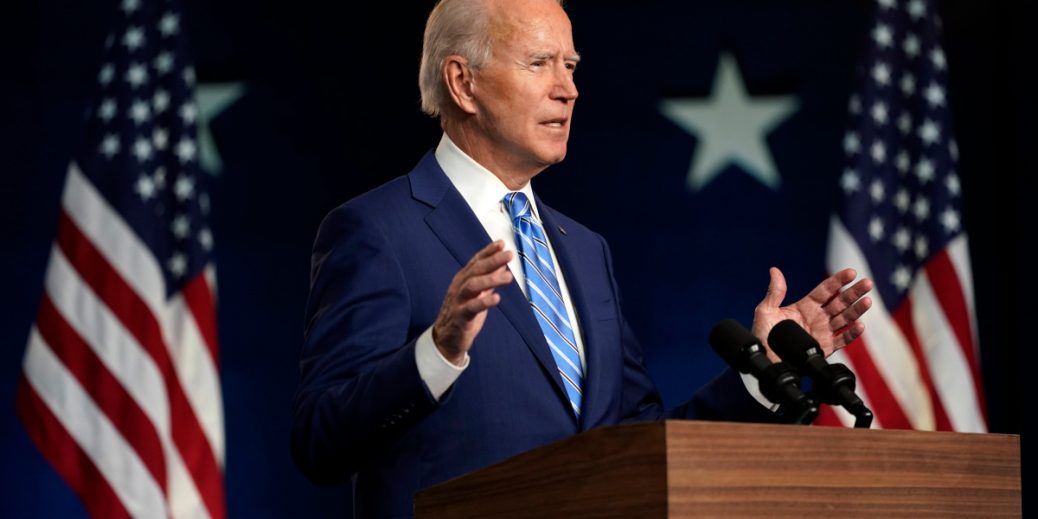 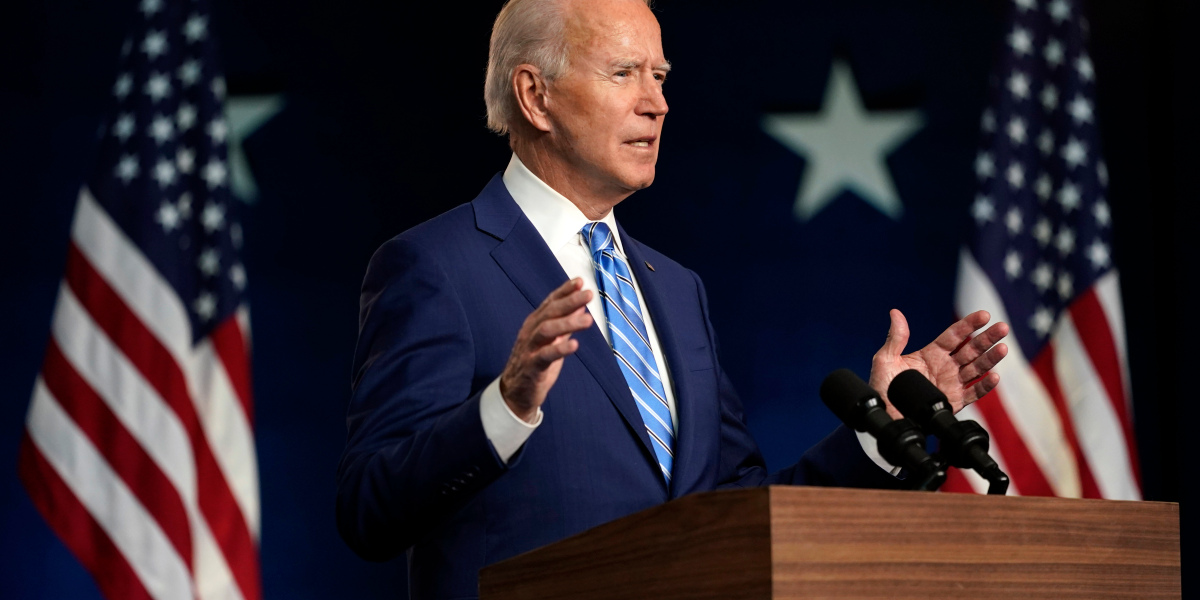 Though the counts aren’t finished and the legal challenges could drag on for weeks, Joe Biden’s victory in the US presidential election is looking increasingly likely. If he does triumph, it will also be a win for action on climate change. But his ability to push through any sweeping legislation will be seriously constrained if, as appears likely, Republicans retain control of the Senate.

This outcome is far from the landslide repudiation of President Donald Trump’s assaults on environmental policy, science, and pluralism that climate activists had fervently hoped for. Climate change did appear to be a motivating issue in certain regions and races, and a concern for a solid majority of voters. But polling found that the economy, health care, and the coronavirus outbreak were far more important issues to voters than climate change, where they remain sharply divided along partisan lines.

“The potential for Biden to do something big on climate feels, to me, pretty small,” says David Keith, a professor of public policy at the Harvard Kennedy School. “The reality is there will be a lot of other priorities for an early Biden administration … and you’re sitting on a pretty weak mandate.”

Republicans and Democrats each held 48 seats in the Senate as of Friday afternoon, but Senator Susan Collins’ win in Maine has tilted the odds toward the Republicans hanging onto control of the chamber. To split the Senate evenly, Democratic contenders now need to win two contentious races in the swing state of Georgia, both of which could end up in runoff contests in January. (A 50-50 Senate split would give the edge to Democrats if Biden wins, as his vice president, Kamala Harris, would be called upon to break tied votes.)

Many observers never believed Biden had high odds of passing every part of his proposal to pour nearly $2 trillion of federal funds into climate efforts, an ambitious policy package clearly shaped by progressive support for the Green New Deal. But without Democratic control of the Senate, it will be difficult to pass any major climate laws. And the sorts of bold steps necessary to get the nation on track to eliminate emissions from the power sector by 2035 and achieve net-zero emissions economy-wide by 2050, the central goals of Biden’s proposals, may well be out of reach.

A Biden administration could still make some progress on climate change. Much of it, however, would have to occur through executive actions and within federal agencies, as was largely the case under President Barack Obama. These moves would have a harder time surviving legal challenges under a Supreme Court that’s just become more conservative, with Amy Coney Barrett replacing the late Ruth Bader Ginsburg.

Biden has pledged to sign a series of executive orders on his first day in office, including measures that would impose methane pollution limits on oil and gas operations; push through higher vehicle fuel economy standards under the Clean Air Act; and spend hundreds of billions of federal government dollars on zero-emissions vehicles and clean energy resources.

He could also work to reverse Trump’s dozens of efforts to roll back previous climate and environmental policies by asking courts to halt pending litigation or by rescinding and replacing the administration’s rules, as Jody Freedman, a Harvard law professor and counselor on climate issues in the Obama White House, explained in a Twitter thread.

Restoring—or ending legal challenges against—regulations like the Clean Air Act, the Clean Power Plan, and the ability of states like California to set their own vehicle emissions standards could prevent the release of billions of tons of greenhouse gases, according to previous estimates of the impact of Trump’s policies.

Executive actions are “not necessarily the most durable form of policy, as we learned under the Trump administration,” says Kelly Sims Gallagher, a professor of energy and environmental policy at the Fletcher School at Tufts University. “But for sure it works.”

A Biden administration would also be likely to quickly remove the roster of climate deniers, fossil-fuel lobbyists, and oil executives that Trump placed in positions of power throughout federal agencies; end the suppression of scientific reports; and restore the federal government’s reliance on scientists and other experts to make critical decisions on climate change (and other crucial issues like the covid-19 pandemic).

But there could still be opportunities to make some longer-lasting progress on climate by passing new laws, observers say.

Notably, there’s broad support for an economic stimulus package amid the pandemic-driven downturn. Such a bill could include significant research and development funding for areas like next-generation nuclear power and carbon capture, removal, and storage technologies, says Josh Freed, who leads the climate and energy program at Third Way, a center-left think tank in Washington, DC. It could also include job training programs for renewables and other clean energy sectors. The Obama administration used economic stimulus in the wake of the 2008-09 recession to direct some $90 billion of federal investment into green industries.

There’s also bipartisan appetite for an infrastructure bill, which could include investments in electricity transmission lines, offshore wind farms, shoreline protections, and other climate adaptation measures.

But Freed says just how much climate-related spending can be packed into these measures will depend on the level of cooperation from Mitch McConnell, the Kentucky Republican senator who won his reelection bid on Tuesday and who will likely remain majority leader. There’s also pressure to enact at least a first round of stimulus before the end of the year, under Trump, which would be unlikely to include significant climate funding.

Finally, on the international front, Biden committed to rejoining the Paris climate agreement, which the US officially exited on Wednesday. Stepping back into the international fold wouldn’t in itself create any new domestic climate policy. But it would require the US to submit a new set of commitments to cut emissions before the next UN Climate Change Conference in 2021, as well as a plan for slashing climate pollution by midcentury, Gallagher says.

Just as importantly, the US’s return to the Paris accord would strengthen the global alliance around climate issues and put more pressure on other nations to keep to or step up their commitments. But after Trump’s “America First” reign, during which he routinely upended critical trade and military alliances, it also may simply take time to restore some of the nation’s credibility.

“It may be that the US will need to play less of an agenda-setting role than it has in the past until it’s accumulated enough trust,” Gallagher says.