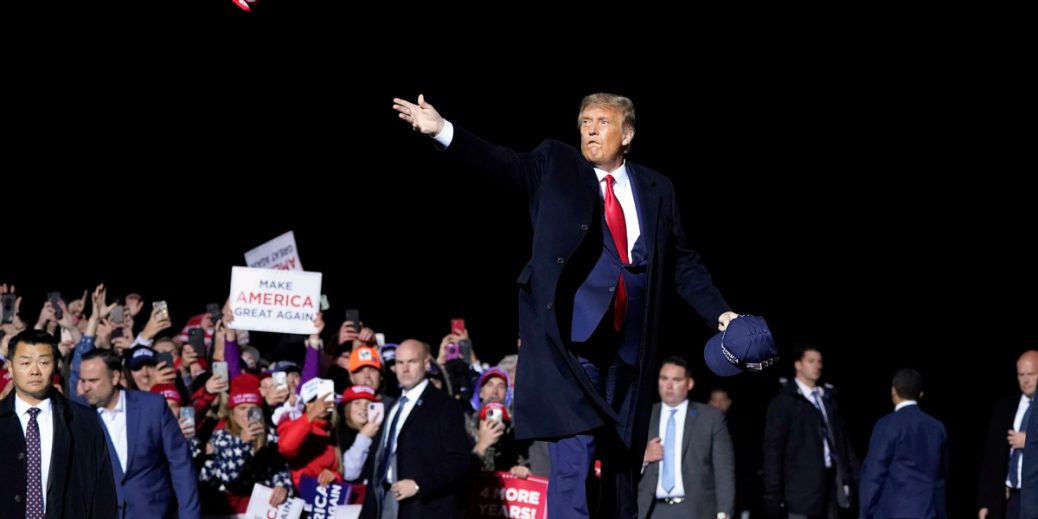 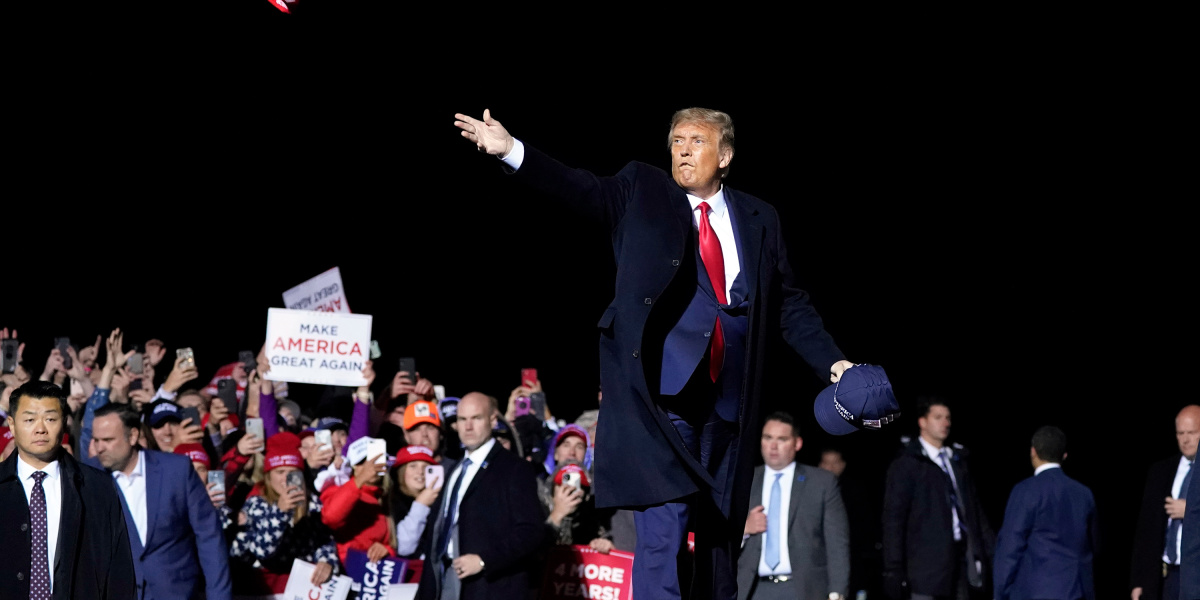 The president of the United States, Donald Trump, tested positive for covid-19 and within 24 hours had received an experimental, cutting-edge antibody treatment not available to other Americans.

In a statement released Friday, the White House said Trump had received “a single 8-gram dose” of the biotech treatment, which belongs to a promising new class of antiviral drugs.

The president “remains fatigued but in good spirits” after getting the emergency infusion, according to White House doctor Sean Conley. “He’s being evaluated by a team of experts, and together we’ll be making recommendations to the president and first lady in regards to best next steps.”

Trump and his wife, who also tested positive, were certain to have access to the best medical care the country can provide, including experimental drugs not available to others.

The White House said the president had received an IV infusion of a cocktail of antibodies manufactured by Regeneron Pharmaceuticals, of Tarrytown, New York. That treatment is essentially a way to mimic a powerful immune response in order to ward off a serious case of covid-19.

Because he is overweight and 74 years old, the president is at higher than average risk for developing a serious case of the disease. And the chance of death for someone like him is not small—it’s at least 5%, about 100 times as great for him as for someone under 30.

Trump’s doctors immediately had to make some tough decisions in deciding what drugs to give him. For one thing, they had to assess medical evidence that’s been consistently clouded by the White House itself and treat a patient who has shown interest in hokum treatments like bleach, second-guessed medical authorities, and even given a bullhorn to a doctor who believes in witchcraft.

The president has “mild symptoms,” according to his chief of staff, Mark Meadows. It usually takes several days before more serious covid-19 symptoms manifest, if they do. As long Trump isn’t in the hospital,  he would be classified as a lower-risk “outpatient.”

For nearly any other American, that would mean being told to wait and see how the symptoms develop, because there aren’t any covid-19 drugs approved for outpatients. Two treatments, blood plasma and the antiviral drug remdesivir, did receive emergency approval, but only for people who are hospitalized.

But Trump isn’t just anyone. So expect his doctors to consider—and maybe get hold of—experimental drugs that have shown promise, even if they have received no approval yet. The same could go for Melania Trump and other members of the inner circle who tested positive.

Drug company analysts at Raymond James early Friday put out a note to clients rating what experimental treatments they thought Trump was “most likely” to get. At the front of their list: the antibody drug manufactured by Regeneron, which is still being studied.

The stock analysts were exactly right. By Friday afternoon, the White House issued a statement saying that the president had already received the treatment.

The antibodies Regeneron makes are similar to those developed by people who catch the virus and survive it. Given in a concentrated dose administered through an intravenous drip, the manufactured antibodies are designed to grab hold of the viral particles and neutralize them.

The expectation for such treatments is that if given early to patients like Trump, they might stop the disease from ever progressing to its most serious stage of pneumonia and death.

Just this week, Regeneron said a study of nearly 300 outpatients showed that the antibody treatment cut down on the amount of virus in patients’ bodies. There were also hints that those who got the drug were less likely to end up in a doctor’s office, making it one of the most exciting new candidate treatments. (A similar antibody is being made and tested by Eli Lilly.)

When contacted by MIT Technology Review early on Friday, Regeneron was not willing to say whether the White House had already asked for doses of its antibody, REGN-COV2. “As a matter of policy, we don’t identify individuals without their consent who have or have not submitted a request,” spokesperson Alexandra Bowie said in an email.

Although Regeneron’s drug is not approved, many companies run “compassionate use” programs that can allow people who are not in their trials to get the treatment in special cases, and that’s apparently exactly what Trump qualified for.

“There is limited product available for compassionate-use requests that are approved under certain exceptional circumstances on a case-by-case basis,” Bowie said. The US Food and Drug Administration would have had to rapidly sign off on Trump’s treatment request too.

Regeneron declined to explain the series of events that led to Trump’s treatment, but a presidential request would not have been easy to turn down. Trump also appears to have a warm relationship with the New York company’s billionaire CEO and cofounder, Leonard Schleifer, who back in March was among a select group of executives brought to the White House for a meeting about how biotech might solve the crisis with drugs or vaccines.

What’s certain is that any company whose drug Trump takes could get a massive boost of publicity, perhaps even from the presidential Twitter feed. Today’s events could also accelerate an emergency approval for Regeneron’s drug, which would make it available to more people.

Another drug doctors will have to consider for Trump is remdesivir, made by Gilead Pharmaceuticals. It’s never been shown to benefit just-diagnosed patients, like Trump, and is approved only for those who are hospitalized. But in the case of a sitting president, doctors might have to judge the risks and benefits differently.

And don’t forget that Trump will have a say in his treatment. That’s a wild card, because he has a pattern of taking medical advice from partisan sources rather than medical ones. For instance, he announced in May that he was taking hydroxychloroquine, an antimalarial then touted by conservative personalities including Rudy Giuliani as a covid-19 cure-all.

His doctor, the military osteopath Sean Conley, later confirmed Trump had taken the pills, even though most health experts say the drug doesn’t prevent infection or cure it.

The same doctor, in a memo, assured the American people that Trump would beat all the medical odds and sail through his bout with the coronavirus. In a short statement, in which he confirmed the diagnosis of the president and the first lady, Conley said, “Rest assured, I expect the president to continue carrying out his duties without disruption while recovering.”

No one can say if that will actually happen. But the fast decision to give Trump the antibody made by Regeneron could be the best shot the president had.