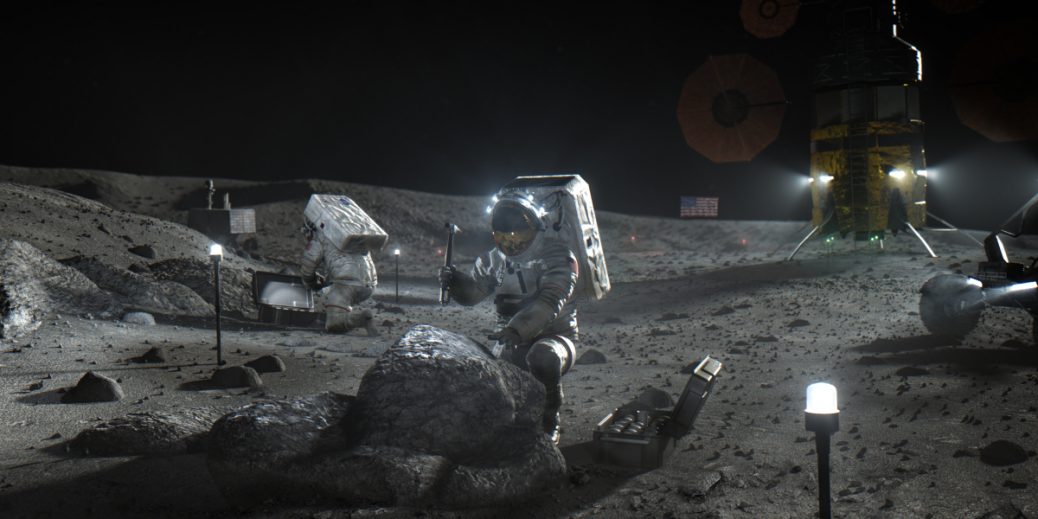 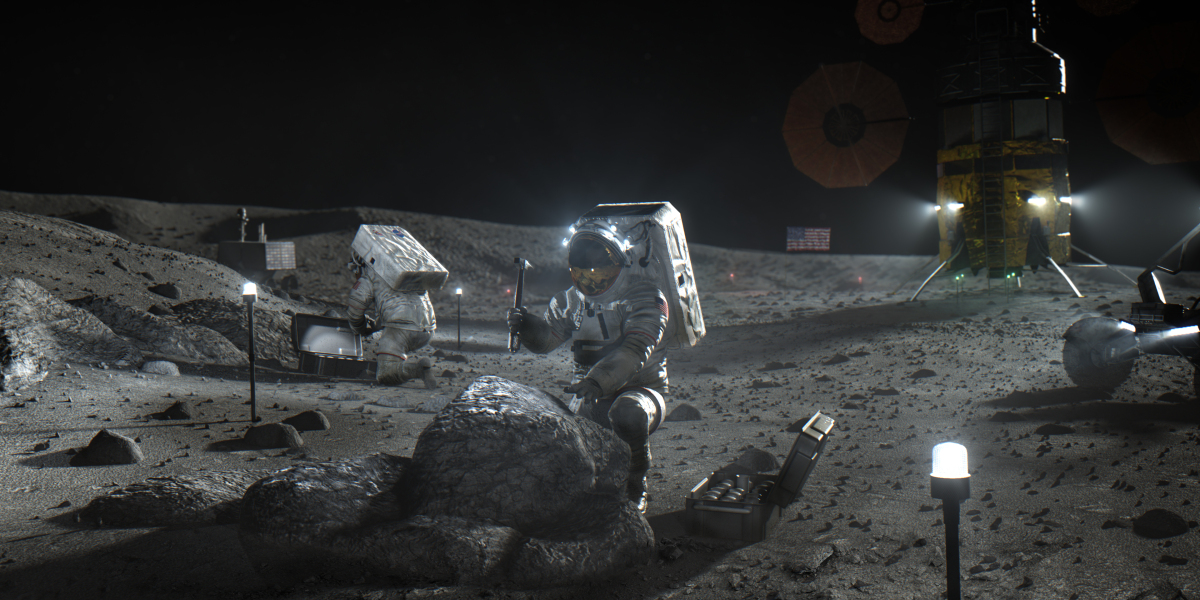 We know the moon has water—tons of it. Future lunar colonists could use this water to make breathable oxygen, drinkable water, and perhaps most important, rocket fuel. And we should be able to access it much more easily than we previously thought.

Artemis III should offer our first chance to study the moon’s water content directly. We want to have a better sense of what sort of state it’s in, whether it’s permanent or part of a fluctuating water cycle, how widely distributed it is, and whether we truly can harvest it to derive something useful. If there are certain locations or geological structures where it should be more abundant, we’ll want to verify that, too. Crews on Artemis III will be able to drill down into the ground to see whether this water ice can be found at shallow depths, and they will be armed with instruments that can analyze its character more closely.

The history of Earth

The state of the moon can tell us something about what Earth experienced billions of years ago. Because the moon is a desolate place with no atmosphere, its surface is a pristine record of meteorite impacts over time. By considering the accumulation of craters and when they formed, we can glean some insights into what nearby Earth faced over time as well, especially during periods of the solar system when there were many more large rocks hurtling through space. Perhaps they were responsible for delivering elements and organics important to helping life evolve? The moon might be able to tell us more.

Artemis III won’t be able to study every single crater on the moon. But direct measurements and observations of even a few can tell us what kinds of rocks were hitting the moon long ago and what they were made of, giving us a better sense of what was swirling around the solar system at the time and likely to have landed on Earth as well.

The history of the sun

Yes, we can even use the moon to study the sun. The airless moon has an ancient crust that’s basically witnessed billions of years of changes in solar winds and cosmic rays. We can measure specific electromagnetic spectrum variations in the lunar soil for clues to how radiation and heat from the sun has changed over the years.

Once we’re up there, we can take a look back. We already do this using satellites from our planet’s orbit, but the moon is also a convenient platform from which we can do Earth science. NASA’s report states that the moon could probably help scientists make observations at a higher resolution than those satellites stationed at Lagrange point L1 (a popular orbit for Earth science observatories), thanks to its closer proximity. The investigations could provide insight into lightning, the amount of light reflected from Earth, atmospheric chemistry, ocean science, and more. At a time when climate science is so critical, the moon might end up helping us more accurately calculate how fast the planet is warming.

The moon’s gravity is just one-sixth of Earth’s, in an environment completely exposed to the vacuum of space. That means there’s a huge opportunity to conduct a ton of complex physics experiments. We could learn more about combustion and how fires spread in space (something with safety implications for future astronauts). There’s interest in seeing how different chemicals might react in this type of microgravity. There will be chances to better understand fluid dynamics for a host of different liquids. The list goes on and on.

Artemis III will not run through many of these experiments at all, but it will go a long way toward informing us what kinds of investigations can hit the ground running in Artemis IV, V, and beyond.

Many of the scientific goals discussed here can’t be achieved on the moon alone, and that’s why we need to bring samples back to Earth. Sample return missions are popular these days. Japan just brought back some materials from an asteroid. NASA is currently doing the same for another asteroid, and it’s also got a Mars sample return mission planned for later. China just scooped up some rubble from the moon and should be bringing those materials back to Earth in just a few days.

According to its report, NASA wants to have the Artemis III crew collect a diverse set of samples from many different locations, across a broad spectrum of the geology. And it wants to bring back a bigger total mass of material than the average Apollo mission did. More samples means we no longer have to be so conservative about what kinds of experiments we conduct. If we want to expose moon rocks to conditions that might change them forever, we can do that knowing there’s still plenty left.