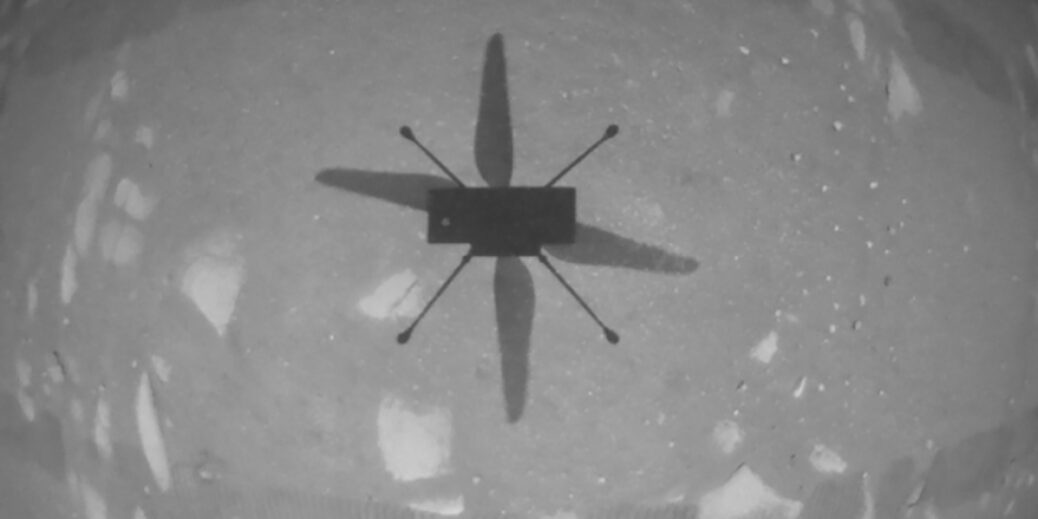 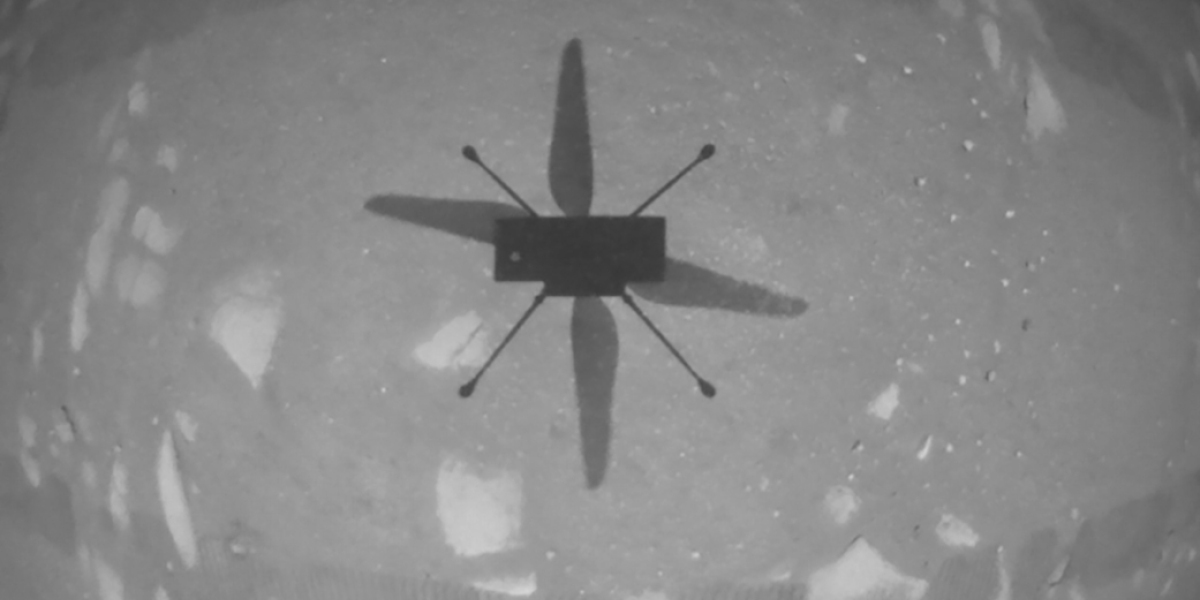 The news: NASA has flown an aircraft on another planet for the first time. On Monday, April 19, Ingenuity, a 1.8-kilogram drone helicopter, took off from the surface of Mars, flew up about three meters, then swiveled and hovered for 40 seconds. The historic moment was livestreamed on YouTube, and Ingenuity captured the photo above with one of its two cameras. “We can now say that human beings have flown a rotorcraft on another planet,” said MiMi Aung, the Ingenuity Mars Helicopter project manager at NASA’s Jet Propulsion Laboratory, at a press conference. “We, together, flew at Mars, and we, together, now have our Wright brothers moment,” she added, referring to the first powered airplane flight on Earth in 1903.

In fact, Ingenuity carries a tribute to that famous flight: a postage-stamp-size piece of material from the Wright brothers’ plane tucked beneath its solar panel. (The Apollo crew also took a splinter of wood from the Wright Flyer, as it was named, to the moon in 1969.)

The details: The flight was a significant technical challenge, thanks to Mars’s bone-chilling temperatures (nights can drop down to -130 °F/-90 °C) and its incredibly thin atmosphere—just 1% the density of Earth’s. That meant Ingenuity had to be light, with rotor blades that were bigger and faster than would be needed to achieve liftoff on Earth (although the gravity on Mars, which is only about one-third of Earth’s, worked in its favor). The flight had originally been scheduled to take place on April 11 but was delayed by software issues.

Why it’s significant: Beyond being a significant milestone for Mars exploration, the flight will also pave the way for engineers to think about new ways to explore other planets. Future drone helicopters could help rovers or even astronauts by scoping out locations, exploring inaccessible areas, and capturing images. Ingenuity will also help inform the design of Dragonfly, a car-size drone that NASA is planning to send to Saturn’s moon Titan in 2027.

What’s next: In the next few weeks, Ingenuity will conduct four more flights, each lasting up to 90 seconds. Each one is designed to further push the limits of Ingenuity’s capabilities. Ingenuity is only designed to last for 30 Martian days, and is expected to stop functioning around May 4. Its final resting place will be in the Jezero Crater as NASA moves on to the main focus of its mission: getting the Perseverance rover to study Mars for evidence of life.