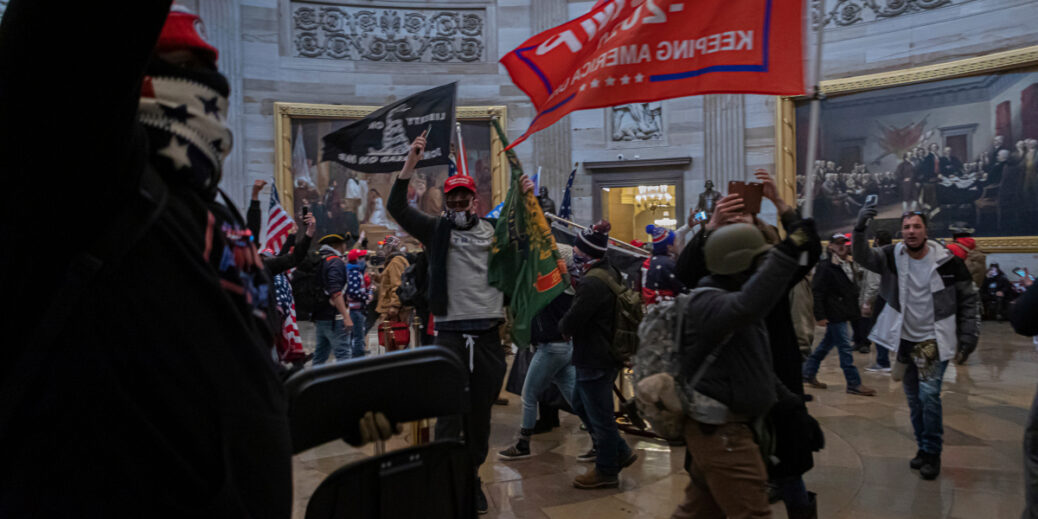 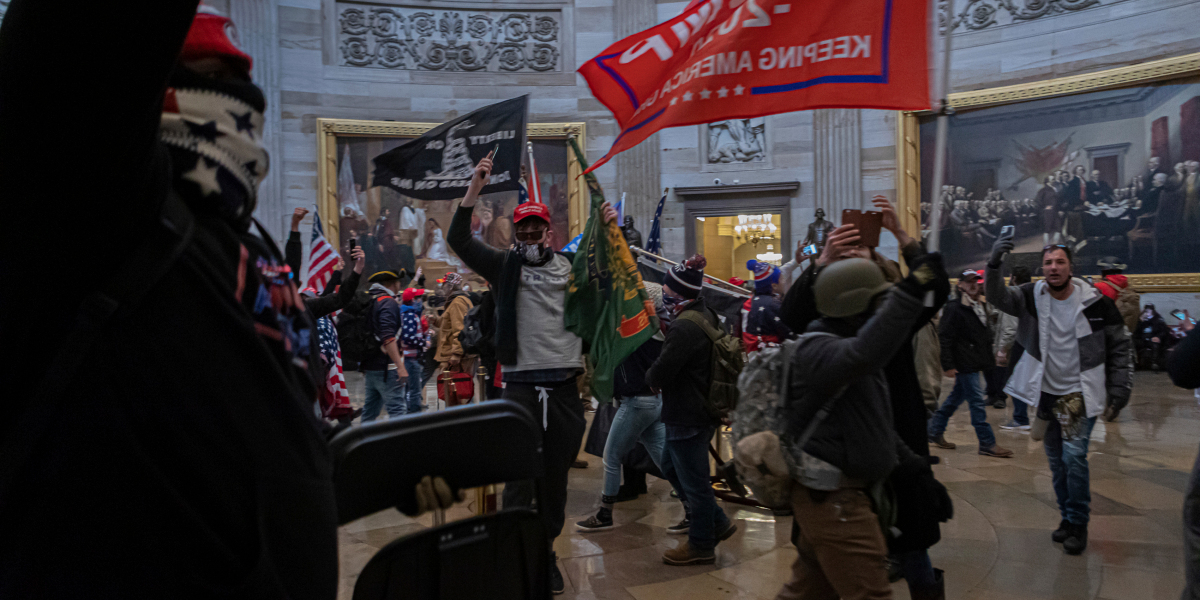 Just as well-known, easily identifiable far-right figures livestreamed themselves invading the Capitol in Washington, DC, a lie started spreading around the Trump-supporting internet: What if the mob was actually a group of antifa activists trying to make the president’s supporters look bad? The rumor was false, and debunked repeatedly—not least by the words and actions of the MAGA personalities who were leading the charge in front of a live audience.

The lie had been seeded already, since false claims about antifa are peppered through the history of far-right online spaces. A typical conspiracy theory features an unfounded warning that buses loaded with protesters are being sent to cause trouble in small towns. President Trump himself has repeatedly promoted such claims, helping to turn anti-fascist protesters into go-to villains for his supporters.

That gave fuel to the latest rumor, false though it was. It rapidly made its way through social networks, broadcast news, and online media—and was amplified and supported by some Republican politicians.

According to data from media intelligence firm Zignal labs, at least 411,099 mentions of the lie appeared online in less than 24 hours. The rumor morphed and gained traction as more people contributed subplots, and it swerved through niche platforms and into the mainstream, where a Republican member of Congress blamed antifa for the insurrection.

As the congressional certification of electoral votes took place on Wednesday, a Trump rally outside the Capitol quickly turned into chaos. At around 2.30 p.m. EST, protesters moved through police lines and mobbed the building.

Around 3:30 p.m., Lin Wood, a well-known right-wing conspiracy theorist, posted on Parler, the social network that is popular among some Trump supporters. He claimed that the mob were antifa supporters, and that two separate images—one of a man from the Capitol mob and the other supposedly from “phillyantifa.org”—showed the same person. The post got 5.6 million views and over 56,000 upvotes.  With that, the seed was planted.