A capsule carrying asteroid rocks has successfully landed on Earth 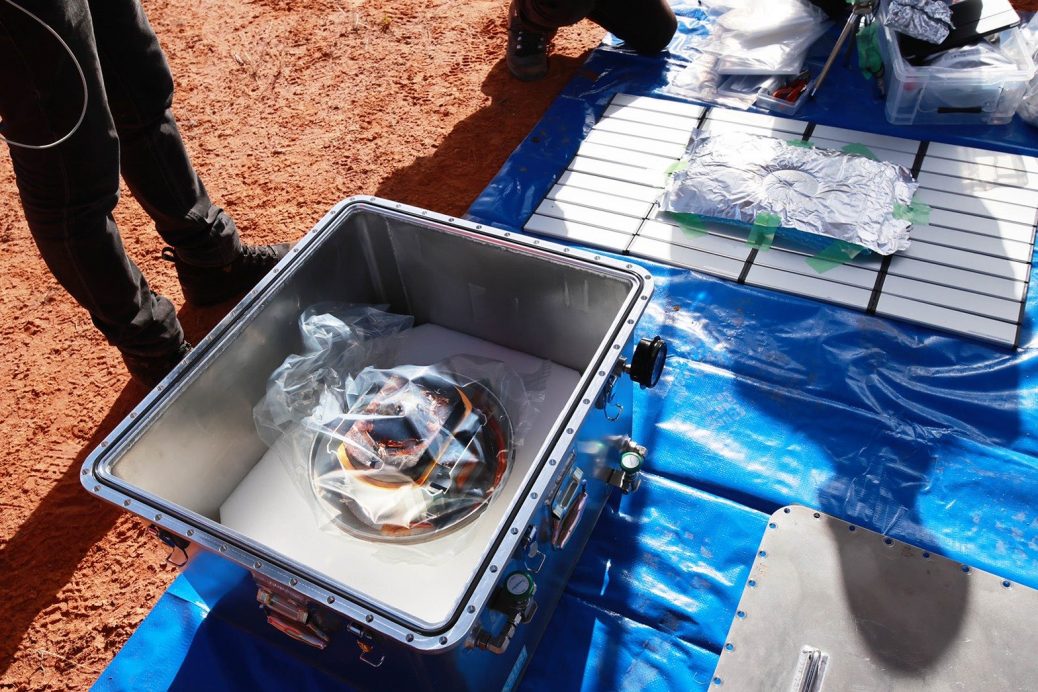 The news: A capsule containing the first rock samples from the asteroid Ryugu returned to Earth on Sunday, December 6, in “perfect” condition, according to researchers.

The samples were gathered after a six-year mission by the Japanese spacecraft Hayabusa-2 to and from Ryugu, which is 180 million miles away. Hayabusa-2 flew close to Earth and dropped off the capsule, which then streaked through the atmosphere at high speeds before deploying a parachute. The 16-kilogram capsule, which contains around 0.1 grams of rock and dust, landed safely in Woomera, South Australia, at 4:37 local time and was located and collected shortly after by a recovery team led by Japan’s space agency, JAXA.

The significance: It’s only the second time in history that samples from an asteroid have arrived on Earth—the first was the original Hayabusa mission, but that managed to bring back only a few micrograms of asteroid dust. The hope is that the samples will help researchers understand the formation of the solar system, including habitable worlds like Earth.

Asteroids are like time capsules of ancient space history because their physical and chemical composition is much better preserved than a planet’s, which changes more over time. Ryugu should also help us understand what kinds of elements and compounds might have been delivered to the early Earth by meteorite impacts. After dropping off its precious cargo, Hayabusa-2 fired its engines again and is now traveling to asteroid 2001 CC21 for a fly-by in July 2026, and then a rendezvous with asteroid 1998 KY26 in July 2031.

What’s next: The capsule is set to be transported to Japan, where we will find out exactly how much asteroid material was gathered, and researchers can start to analyze it to see what clues it holds.