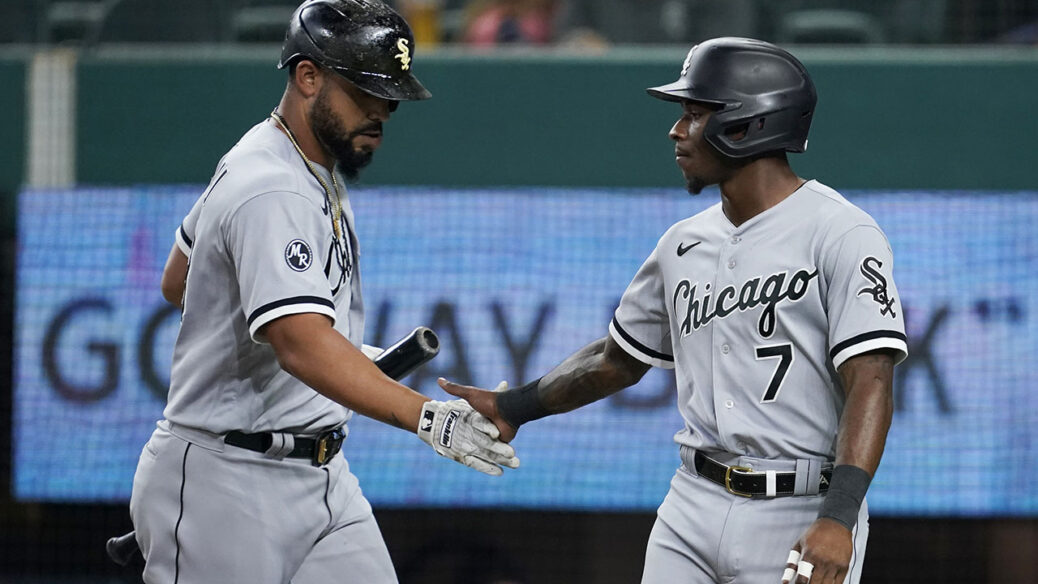 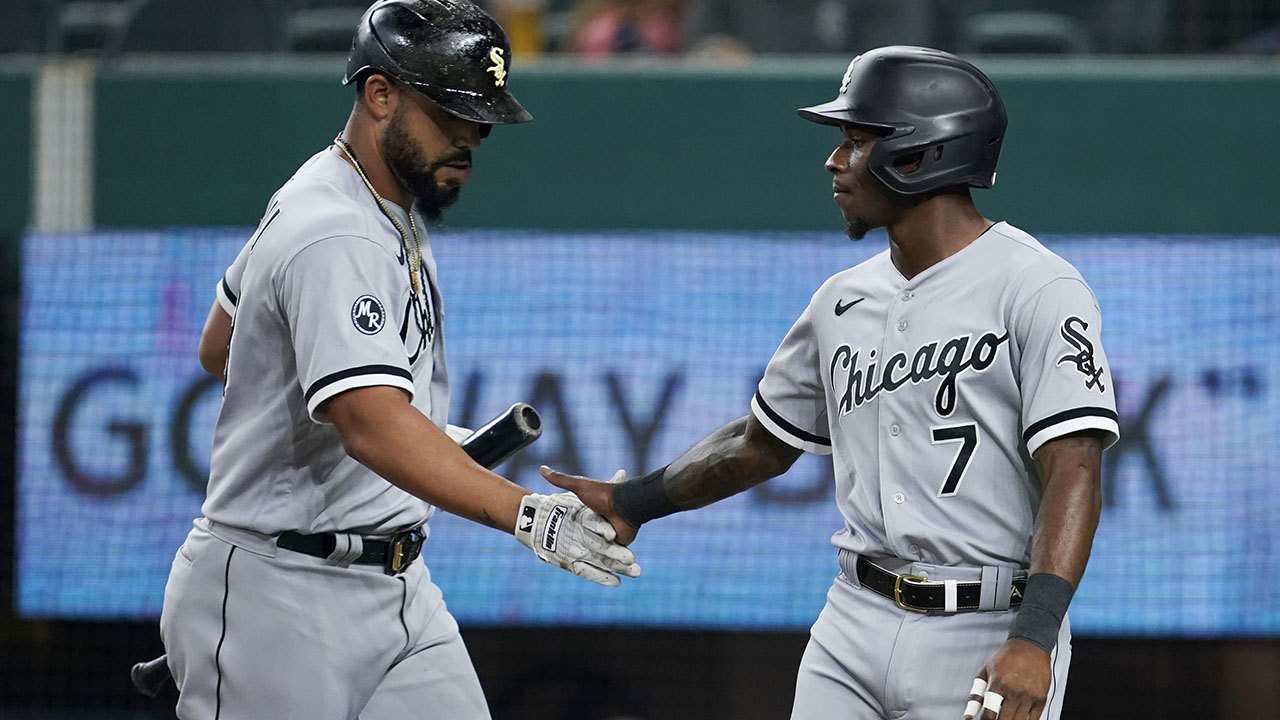 Luis Robert hit a three-run double, Dylan Cease struck out 10 in five innings and the Chicago White Sox moved closer to their first division title in 13 years by trouncing the Texas Rangers 8-0 on Friday night.

Jose Abreu had two hits and drove in two runs, giving him 111 RBIs this season as the White Sox began an 11-game trip that will close their road schedule.

Chicago reduced its magic number over Cleveland to five for winning the AL Central and securing a second consecutive postseason berth for the first time in franchise history.

“It was a completely well-played game,” White Sox manager Tony La Russa said. “It was a pleasure to watch.”

White Sox rookie Romy Gonzalez doubled twice among his career-best three hits and Cease had his eighth double-digit strikeout game of the season.

Four relievers held Texas to four singles the rest of the way.

Gonzalez, playing his eighth game since joining the club from Triple-A Charlotte, had his first multi-hit major league game. He added an RBI and scored twice.

“He’s really made an impression,” La Russa said. “He was here for us to take a look at, and now we’re playing him.”

The Rangers have lost four of five with two games left on a seven-game homestand following their most successful road trip of the season (6-3).

Cease (12-7) was one strikeout short of his season high. He gave up four hits and two walks but needed 92 pitches to get through five. The right-hander escaped early trouble, stranding five runners in the first three innings.

“The first couple of innings I wasn’t efficient, and I wasted a lot of pitches,” Cease said. “I’ve got to get into a rhythm a little quicker.”

“I think they actually waited out Taylor,” Texas manager Chris Woodward said. “Some of those guys that are typical free-swingers, they actually boxed him up pretty well.”

The White Sox loaded the bases in the fourth with one out before Robert ripped a 2-0 sinker to left-center. The three RBIs matched his career high, and he also singled twice.

Abreu is one short of the major league RBI lead, and Cease is third in the AL with 212 strikeouts. … White Sox C Yasmani Grandal had a 30-game on-base streak snapped. It was the longest active streak in the majors and the third-longest this season. … With a fifth-inning steal of second base, Rangers CF Leody Taveras is 17 for 17 in his two seasons. … Texas RF Adolis Garcia and White Sox 3B Yoan Moncada each struck out four times. … Texas has lost three straight to division leaders Houston and Chicago by a combined 27-3.

The shutout was the 12th of the season for the White Sox. Texas, which ranks 29th in runs scored, has been blanked 13 times.

Rangers INF Andy Ibanez (left hamstring strain) was activated from the 10-day injured list but didn’t play. To make room on the roster, C/DH Yohel Pozo was optioned to Triple-A Round Rock. … LHP John King (shoulder inflammation) had surgery for thoracic outlet syndrome and should be ready for next season. … RHP Matt Bush (elbow inflammation), out since early April, will begin a rehab assignment with Round Rock on Monday.

White Sox RHP Lance Lynn (11-4, 2.50 ERA) faces Texas on Saturday night for the first time since the Rangers traded him to Chicago last December. Lynn is 0-1 with a 4.13 ERA in seven starts beginning July 30.

Rangers RHP Spencer Howard (0-4, 7.38), acquired from Philadelphia at the trade deadline, hasn’t thrown more than 52 pitches in any of his five starts for Texas.