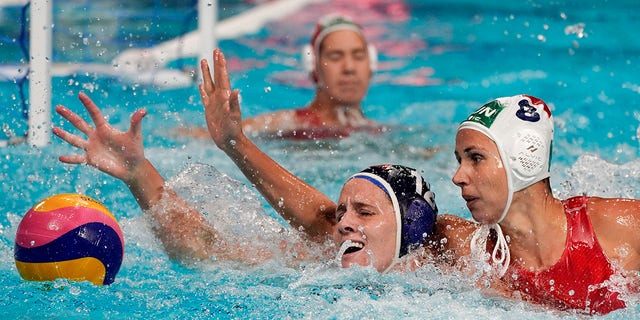 The U.S. women’s water polo team suffered its first Olympic loss since 2008 after falling 10-9 to Hungry in Wednesday’s preliminary round.

The Americans were the favorite going into this week’s event after heading to Tokyo 19-0 as the defending World Champions but the Hungarian team, who has been beaten by the U.S. five times this year, was able to score with just 45 seconds left in the match to come out on top.

Team USA entered Wednesday’s group stage weakened from a grueling win over China on Monday where captain Maggie Steffens suffered a broken nose after catching an elbow to the face.

“For us, we’re fortunate that this is just tournament one,” Steffens said. “This is bracket play, and so we’re going to have a lot to work on, a lot to get better if we want to be the team we want to be at the end of this, for sure.”

Wednesday’s loss marks the first time the U.S. women’s water polo team has suffered an Olympic loss since the Beijing Games when they lost in the Finals to the Netherlands. They previously drew against Spain in the group stages in London 2012, according to Reuters.

“Wish we would have finished off the game, but we’ll learn from this and move on,” U.S. coach Adam Krikorian said.

The team’s chances of winning gold are still a possibility as they are set to play the Russian Olympic Committee on Friday.