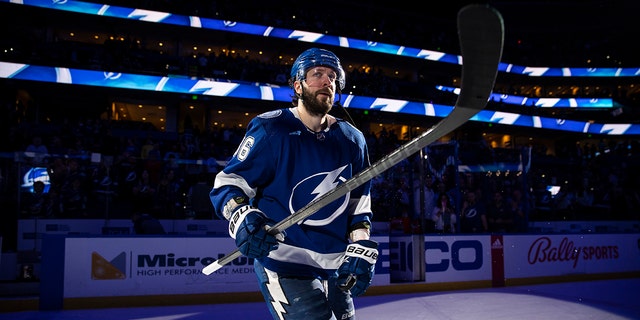 While several international sports federations have answered global calls to ban Russian and Belarusian athletes following Russia’s invasion of Ukraine, one Ukrainian-born NHL agent believes the overwhelming anger and fear felt by many is being wrongly directed at players he calls “contributing members of society” who share their view of the war.

Dan Milstein, who represents most of the NHL’s Russian-born players, told Fox News Digital in a phone interview that several of his clients have been targeted since the attack on Ukraine began. He explained that while they don’t support the war, many of them can’t speak out on it because of fear of retribution.

“What’s unfortunate for my clients is that the very same people who were going to name their kids after my clients are those ones wishing them death five seconds later,” he said. “I am against the war and I want peace. My childhood home in Kyiv is being targeted right now. But, at the same time, these guys that are professional hockey players. … They’re contributing members of society.”

“The very same people who were going to name their kids after my clients are those ones wishing them death five seconds later.”

Nikita Kucherov of the Tampa Bay Lightning celebrates a win against the Ottawa Senators at Amalie Arena, March 1, 2022, in Tampa, Florida.  (Getty Images)

Milstein was born in Kyiv but came to the United States at 16 as a political refugee in 1991. He has a unique understanding of the situation. He says he has personally been targeted since defending his clients in an interview last week with ESPN.

Milstein said he finds irony behind the recent attacks on his clients that come amid a focus on mental health.

“The very same people that are concerned with posting the once-a-year hashtag on Twitter because it’s a part of our cultural acceptance, those are the very same people that are destroying mental health for hockey players, their families and everybody else [involved],” he said, referring to Bell Let’s Talk Day, a Canadian-based initiative focused on bringing awareness to mental health illnesses.

Similar to his clients, Milstein said there are those who won’t speak out despite sharing his view.

‘Afraid for their own lives’

“Behind closed doors, I’m getting support from many sports executives in different leagues, but they’re telling me that they can’t publicly speak because they would be afraid for their own lives, and people will be calling for their jobs too.”

Andrei Vasilevskiy of the Tampa Bay Lightning against the Pittsburgh Penguins during the second period at Amalie Arena March 3, 2022  (Getty Images)

The NHL released a statement last week condemning Russia’s unprovoked attacks on Ukraine. But, amid a global movement to ban Russian and Belarusian athletes from international competition, the league stood firm behind its players.

“The National Hockey League condemns Russia’s invasion of Ukraine and urges a peaceful resolution as quickly as possible,” the statement said. “Effective immediately, we are suspending our relationships with our business partners in Russia, and we are pausing our Russian language social and digital media sites. In addition, we are discontinuing any consideration of Russia as a location for any future competitions involving the NHL.

“We also remain concerned about the well-being of the players from Russia who play in the NHL on behalf of their NHL Clubs and not on behalf of Russia. We understand they and their families are being placed in an extremely difficult position.”

Milstein echoed that sentiment, adding that his clients have received overwhelming support from their teammates and the league in its entirety.

“They feel tremendous support from their teammates. The NHL, NHLPA and teams have done a great job supporting and offering extra protection and counseling when needed,” Milstein added.

“The National Hockey League is the league where the best players from all over the world are playing the game. … They represent the individual clubs and the NHL. … They don’t represent their countries.”

“The National Hockey League is the league where the best players from all over the world are playing the game. … They represent the individual clubs and the NHL. … They don’t represent their countries.”

Alex Ovechkin of the Washington Capitals looks on against the Ottawa Senators during the second period of a game at Capital One Arena Feb. 13, 2022, in Washington, D.C.  (Getty Images)

Speaking for himself and the players he represents, Milstein reiterated his calls for an end to the conflict.

“My clients want world peace,” he told Fox News Digital. “I don’t support the war, none of my clients do. We want peace and it’s very unfortunate. I regret what I’m seeing happening to the country where I’m from and where I lived for 16 years of my life.”